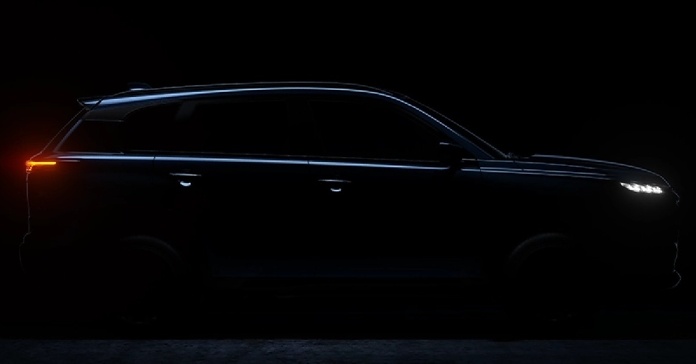 Maruti Suzuki reveals another teaser for the Grand Vitara as we inch closer to the launch date.

2022 Maruti Grand Vitara: New design teaser and what we know so far 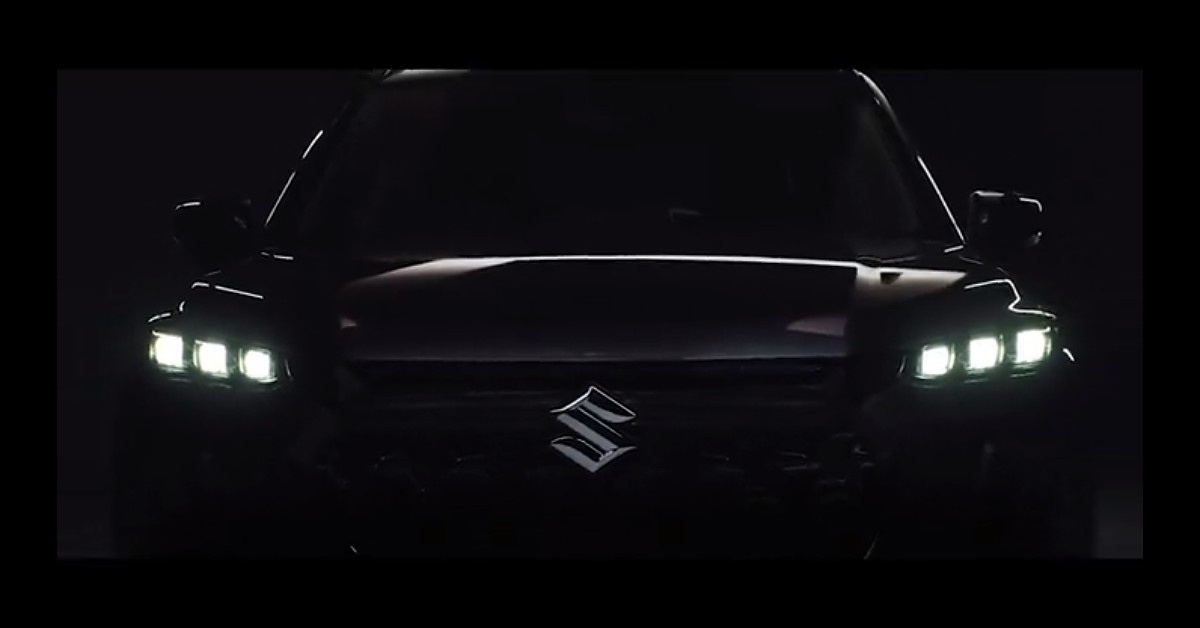 The most recent teaser video gives a better look at the exterior design as well as confirms some features that the Vitara is bound to get. The front reveal shows LED headlamps with integrated DRLs and a new hexagonal grille with chrome inserts. It also gets a wide air dam and a secondary headlight section on the front bumper. The overall front design looks very similar to the new S-Cross which is currently on sale in international markets. This comes as a surprise as many suspected the Vitara to share common design elements with the Toyota Urban Cruiser HyRyder. 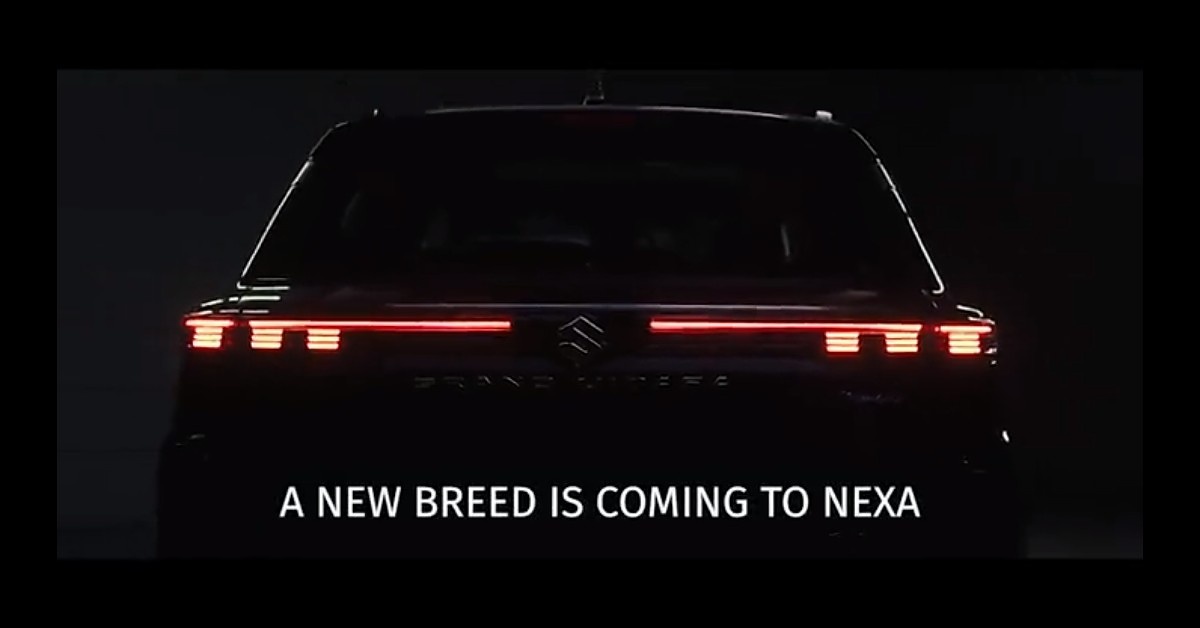 The rear end of the 2022 Maruti Grand Vitara features wrap-around LED tail lights, connected by two light bars. The Suzuki badge right at the centre separates the two LED light bars. The side profile shares a resemblance with the HyRyder, featuring common body panels. The window line gets chrome highlights while the roof rails are finished in grey.

Inside, the 2022 Maruti Grand Vitara is expected to share thematic elements from both S-Cross and Toyota Urban Cruiser HyRyder. While the interiors have not been officially unveiled yet, we expect the next teaser video to reveal some details. When it comes to features, the 2022 Maruti Grand Vitara will receive a panoramic sunroof, leather upholstery, a 9.0-inch touchscreen infotainment system, 360-degree camera, Heads-Up Display, and connected car tech. The new teaser video also confirms the AllGrip feature, which is Maruti Suzuki’s signature 4WD system. 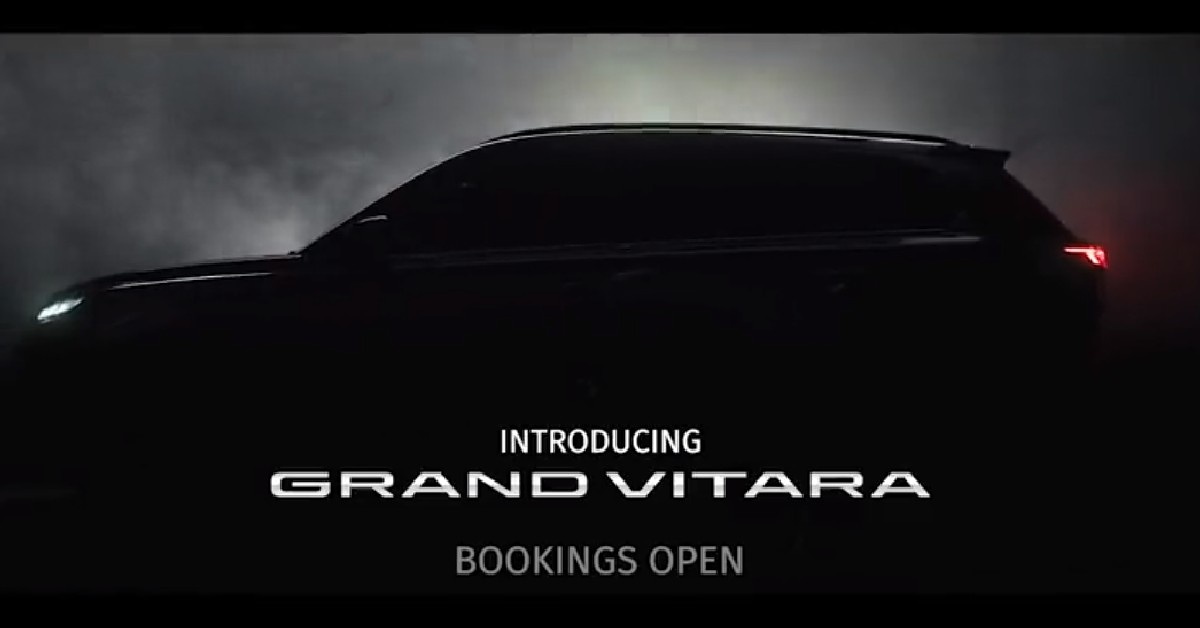 Under the hood, the 2022 Maruti Grand Vitara will come with two engine variants – a 1.5-litre K15C petrol engine with mild hybrid technology and Toyota’s 1.5-litre TNGA petrol engine with strong hybrid system. A 5-speed manual and a 6-speed torque converter automatic transmission will be offered with the new Vitara. The 1.5-litre K15C petrol engine generates a maximum power of 103hp with 137Nm peak torque. Meanwhile, the 1.5-litre TNGA petrol engine generates 92hp of power with a peak torque of 122Nm. This, coupled with the electric motor in the strong hybrid variant, generates a combined power of 115hp. The electric motor alone produces a maximum power of 80hp with 141Nm peak torque.

Read Also: ALL-NEW HYUNDAI TUCSON UNVEILED IN INDIA, TO BE LAUNCHED ON AUGUST 4

The two variants have been dubbed the Grand Vitara and Grand Vitara Intelligent Electric Hybrid. Bookings are now open for the 2022 Maruti Grand Vitara and it will be sold through Nexa dealerships. We expect Maruti to drop another teaser reveal before the official launch on July 20. Along with the Toyota Urban Cruiser HyRyder, the Vitara will rival Hyundai Creta, Kia Seltos, Volkswagen Taigun, and Skoda Kushaq.