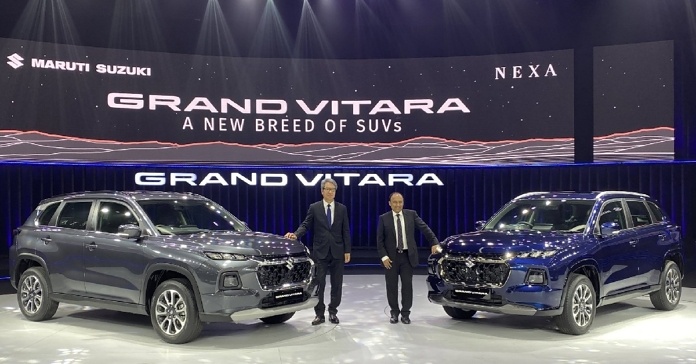 Jointly developed with Toyota’s HyRyder, the Grand Vitara will be offered in mild hybrid and strong hybrid variants.

After weeks of teaser reveals, Maruti Suzuki has finally taken the wraps off its later SUV offering, the Grand Vitara. The compact SUV will first go on sale in India, followed by an international launch. The Maruti Suzuki Grand Vitara has been jointly developed under the Maruti-Toyota venture and will be produced at Toyota’s Karnataka plant along with the Urban Cruiser HyRyder. Bookings for the Grand Vitara began earlier this month, at a token amount of Rs 11,000. The SUV will go on sale at Nexa dealerships across the country.

Maruti Suzuki Grand Vitara: Everything you need to know 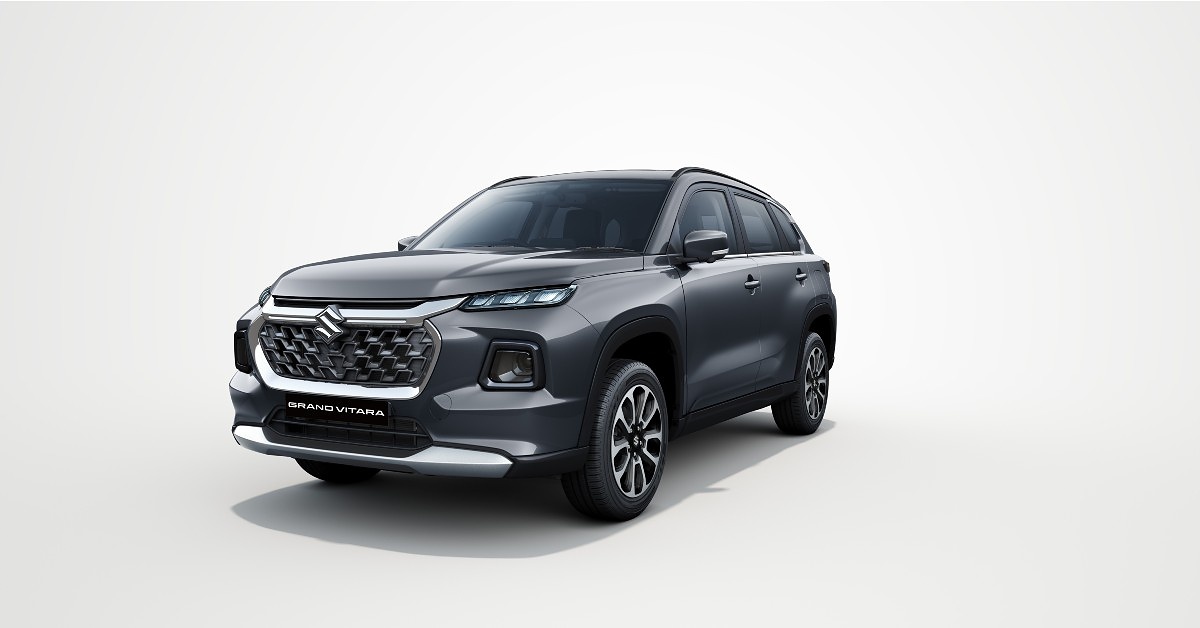 The front end of the Maruti Suzuki Grand Vitara features LED headlamps with integrated DRLs, in a three-dot pattern like the new Baleno. The two DRLs are separated by a chrome bar running between them, which is also studded with the Suzuki logo. A new prominent grille is also one of the main features in the front fascia of the new Grand Vitara. The wide grille receives chrome and piano black inserts, similar to the ones we saw on the new Ertiga. The overall front design looks similar to the international version of the S-Cross.

The side profile shares the frame and certain design elements of the Toyota Urban Cruiser HyRyder. This does not come as a surprise as the two SUVs have been jointly produced. However, there are some tweaks and redesigns as well. These differences are reflected in the alloy wheel design, and blackened pillars. The rear end of the Vitara sports wrap around LED tail lights connected by two light bars. The Suzuki badge is placed in the middle of the two light bars. 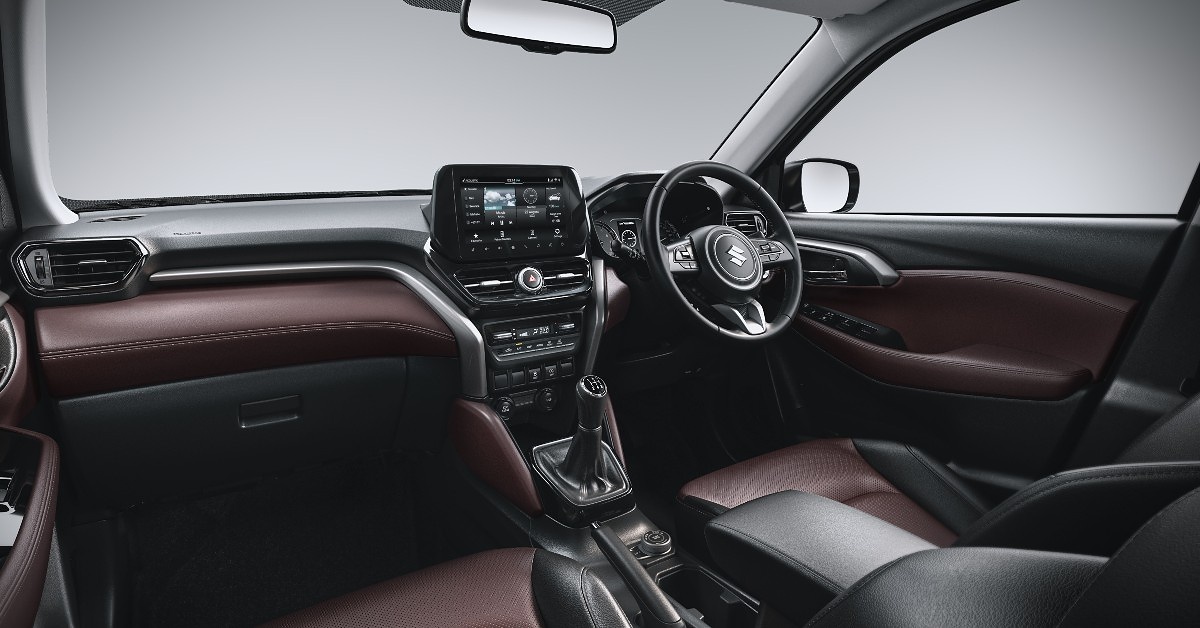 Inside, the Maruti Suzuki Grand Vitara receives a 9.0-inch touchscreen infotainment system, a fully digital instrument cluster, a 360-degree camera, and a Head Up Display (HUD). The SUV will also come with a panoramic sunroof, making it the first Maruti vehicle in India with that installation. The Vitara also shares some interior design elements with the HyRyder, including the HVAC controls, cooling vents, steering design, and control switches. 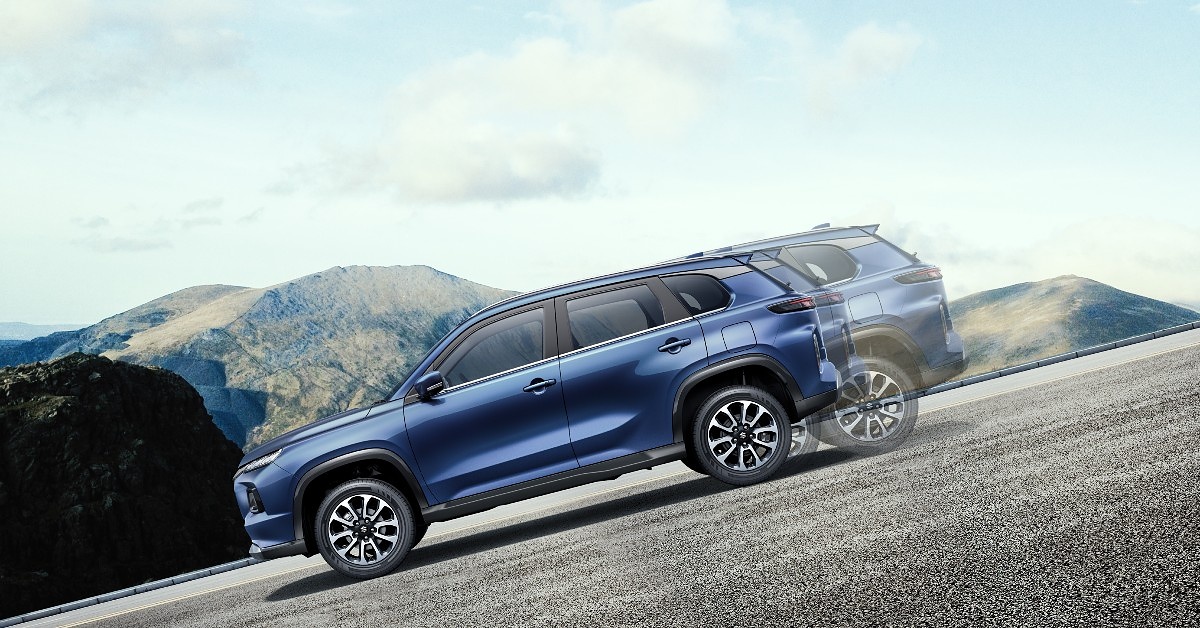 The Maruti Suzuki Grand Vitara shares its Hybrid powertrain with the HyRyder. The Grand Vitara will come in two engine variants – a 1.5-litre K15C petrol engine with mild hybrid technology and Toyota’s 1.5-litre TNGA petrol engine with strong hybrid system. A 5-speed manual and a 6-speed  torque converter automatic transmission will be offered with the new Vitara. The 1.5-litre K15C petrol engine generates a maximum power of 103hp with 137Nm peak torque. Meanwhile, the 1.5-litre TNGA petrol engine generates 92hp of power with a peak torque of 122Nm. This, coupled with the electric motor in the strong hybrid variant, generates a combined power of 115hp. The electric motor alone produces a maximum power of 80hp with 141Nm peak torque.

The two variants have been dubbed the Grand Vitara and Grand Vitara Intelligent Electric Hybrid. The price of the Maruti Suzuki Grand Vitara will be announced in the upcoming weeks, followed by the official launch. It will be sold exclusively through Maruti’s flagship Nexa outlets. Bookings are currently open at a token amount of Rs 11,000. After its launch, the Grand Vitara will compete with Hyundai Creta, Kia Seltos, Volkswagen Taigun, Skoda Kushaq, and Toyota Urban Cruiser HyRyder.