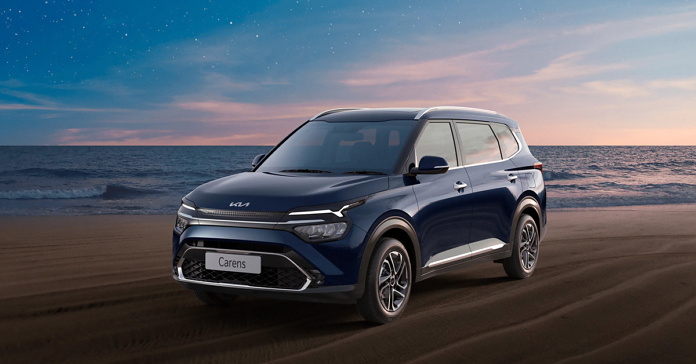 The popular Carens MPV, launched by the Kia brand earlier this year, lagged behind in adult occupant safety rating in the crash test.

Kia Carens has scored a 3-star safety rating by Global NCAP crash tests. For overall adult protection, the car scored 9.30 points out of a total of 17, while for child occupant safety, it scored 30.99 points out of 49 points. The Kia Carens model that was tested in the crash test was made in India. It was equipped with basic safety features including, dual front airbags, side body airbags, side head airbags, seat belt reminders, ABS, ISOFIX mounts as well as electronic stability control (ESC). 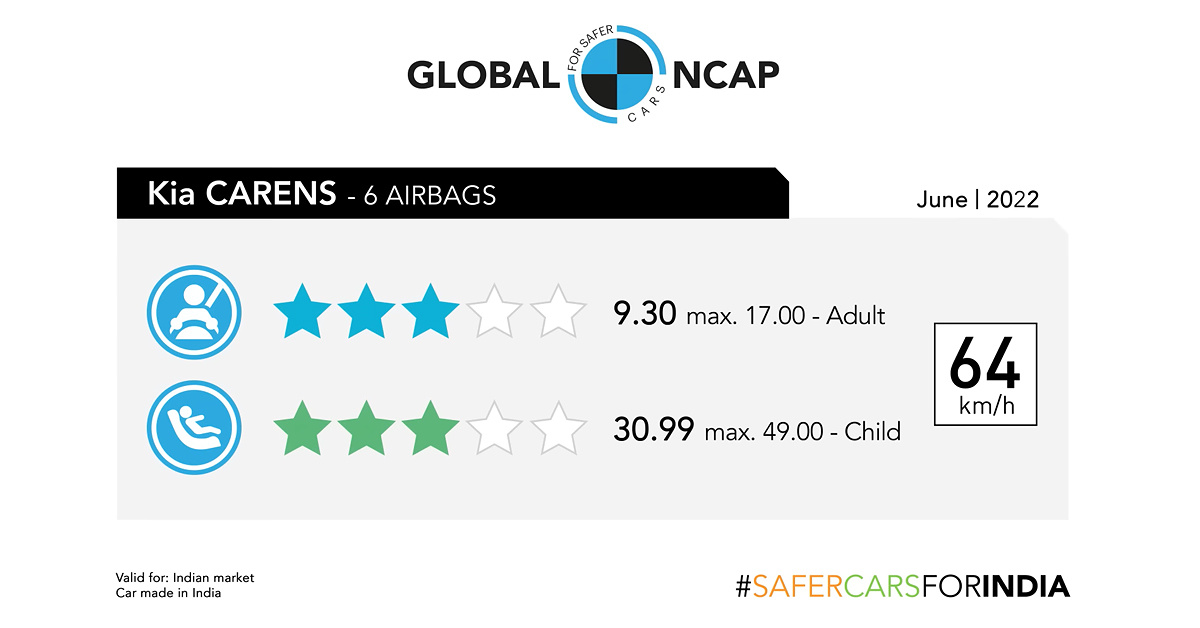 Global NCAP also noted a three-point seatbelt to be missing at the centre of the rear row in the car. It instead offers a lap belt. The car came equipped with ISOFIX mounts along with well-marked child restraint systems. The child seat for the 3-year-old was not able to prevent excessive head movement during the impact. The protection provided to the child’s head was hence, not good. The child’s chest protection was, however, found to be fair.

The child seat for the 1.5-year-old was reportedly able to prevent exposure to the head during the crash impact, and the chest and head seem to be well protected. The Carens was also tested for side impacts and fulfilled the UN95 regulatory requirements.

Being a global car brand, Kia was expected to secure a higher safety rating for its popular India-spec Carens MPV. It typically should have achieved a 5-star Global NCAP safety rating, as it does in the international markets. However, the car still remained a bit behind in its India test, becoming a cause of concern.