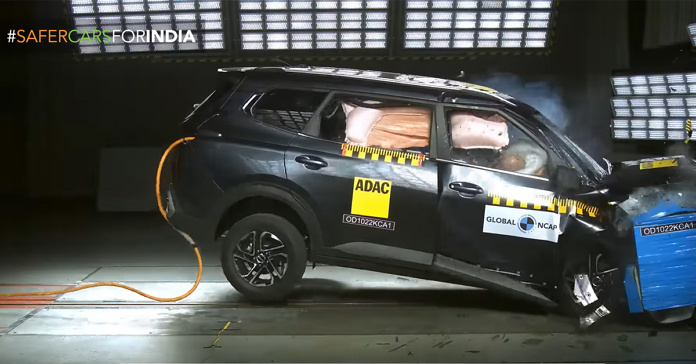 Bharat NCAP Draft: What Is It? And How Will It Benefit The Buyers?

With the Bharat NCAP draft having been approved finally, Indian cars will soon be getting even more safer to ride.

The Union Minister of Road Transport and Highways (MoRTH), Mr Nitin Gadkari, has approved the draft notification to establish Bharat NCAP (New Car Assessment Program) in India. After making six airbags mandatory for all vehicles having up to 8-passenger seating capacity, the Govt. of India has taken another step forward in the direction of increasing on-road safety for its citizens. Bharat NCAP will serve as the official body for taking safety assessments of vehicles that will be sold in the Indian markets. Automobiles in the country will be awarded Star Ratings based on their performance in Crash Tests.

Until now, the only means of determining the safety of a vehicle was through its Global NCAP crash test performance. Moreover, these car tests are performed voluntarily. The introduction of Bharat NCAP in India is a big leap towards ensuring a better future for road safety in the country. According to Mr Gadkari, the program will serve as a consumer-centric platform that would allow customers to opt for safer cars based on their star ratings. This will also help in promoting healthy competition amongst OEMs in the country to manufacture safer vehicles. 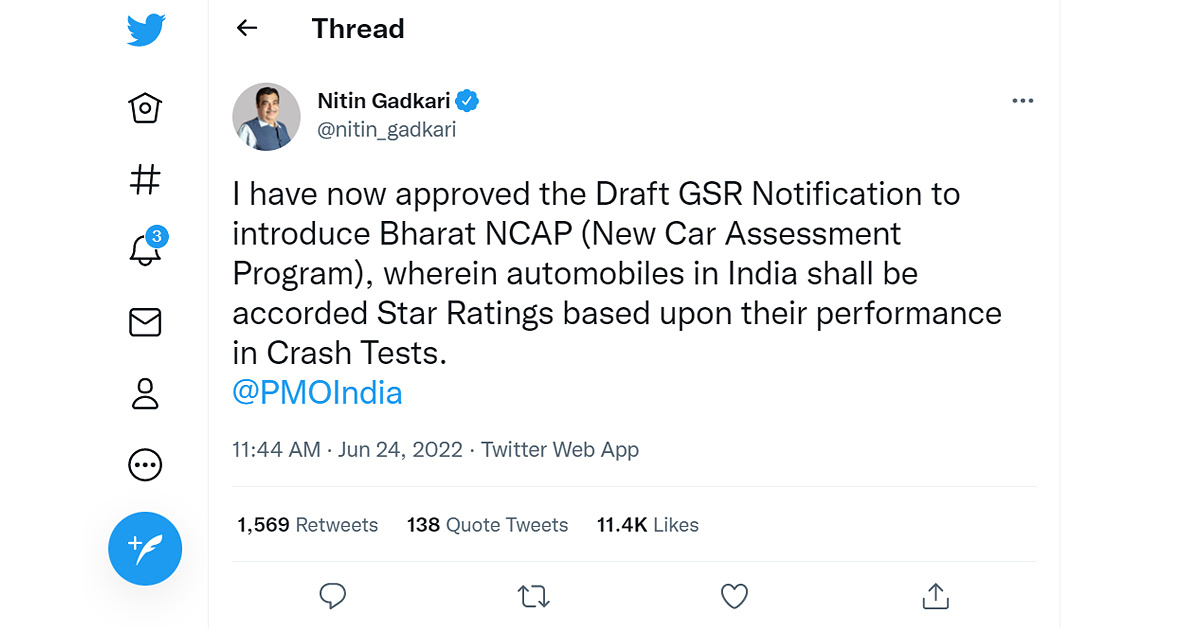 The Bharat NCAP testing protocol is aligned with the global crash test procedures, as per the Union Minister. Simultaneously, existing Indian regulations will also be factored in, allowing manufacturers to get their vehicles tested at India’s own in-house testing facilities. Standard large-scale testing is aligned, to aid buyers. Star ratings can help customers in determining the level of safety they require in a car under a specific budget. It will give them assurance on various aspects of the vehicle that are provided as a part of its safety package. A crash test helps in testing everything from the seat belt of a car to its overall build or structural integrity.

Whether the Bharat NCAP crash test would be made mandatory for all vehicles sold in the country, is something which is yet to be confirmed. Although six airbags are being made mandatory in all passenger cars from October 1 onwards, vehicle safety is still a long discussion, considering the high road accident fatalities in the country.