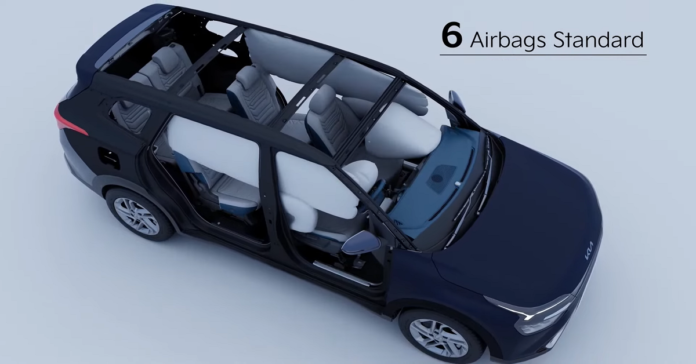 The Indian Govt. takes a bold step in the direction of increasing the on-road safety measures for its citizens, making 6 airbags mandatory in all Indian vehicles from Oct 1.

Honourable Union Minister of Road Transport and Highways (MoRTH) Mr Nitin Gadkari has confirmed the making of 6 airbags mandatory in Indian cars this year onwards. A draft notification had been issued in January and approved by the MoRTH for mandating 6 airbags in all Indian cars that seat up to 8 passengers. Hence, all new cars that’ll be sold in India with up to 8 passenger seating capacity will be equipped with 6 airbags as standard, with effect from October 1st, 2022.

The fast pace of technological advancement is something you can take note of by having one look at the latest manufactured premium brand cars. And not just in the high-end segment, one can observe the penetration of futuristic features on the fronts of design, comfort and safety even in the mid-size car segments in the Indian market. Now, the Indian Govt. itself takes a step forward for establishing stringent safety measures in the four-wheeler passenger vehicle segment, keeping the welfare of its citizens at the centre of its focus. 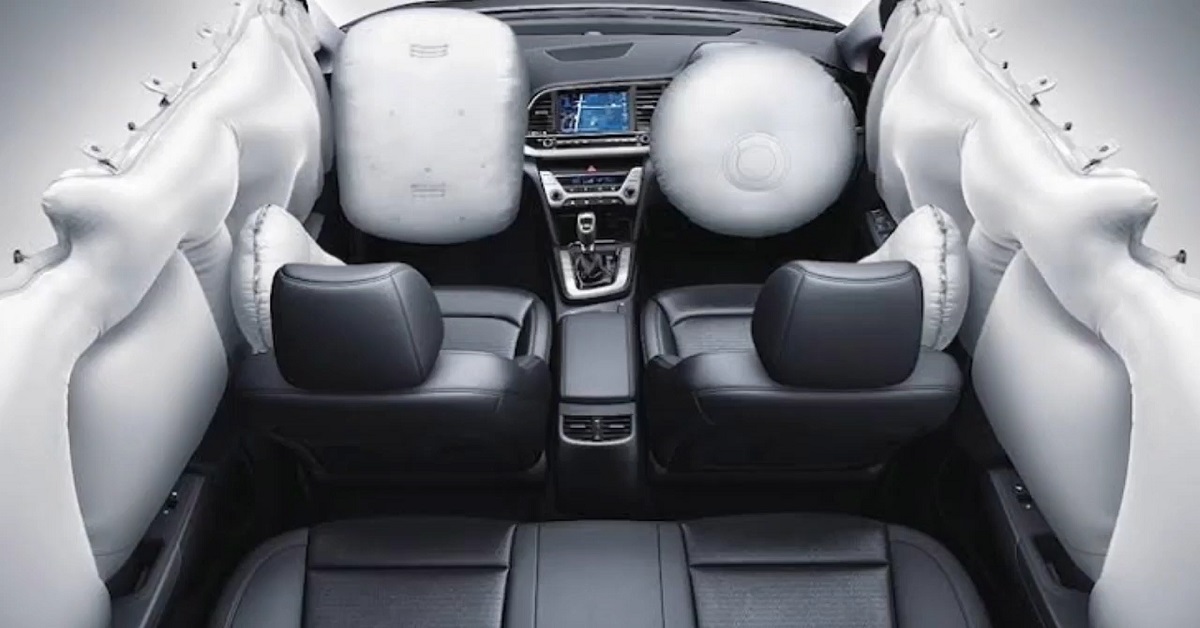 According to the draft notification dated 14th January 2022: “Vehicles of category M1, manufactured after 01st October 2022, shall be fitted with two side/side torso airbags, one each for the persons occupying front row outboard seating positions and two side-curtain/tube airbags, one each for the persons occupying outboard seating positions and the requirement for such airbags shall be verified with compliance to AIS-099, as amended from time to time, till the corresponding Bureau of Indian Standards (BIS) specifications are notified under the Bureau of Indian Standards Act, 2016 (11 of 2016).” 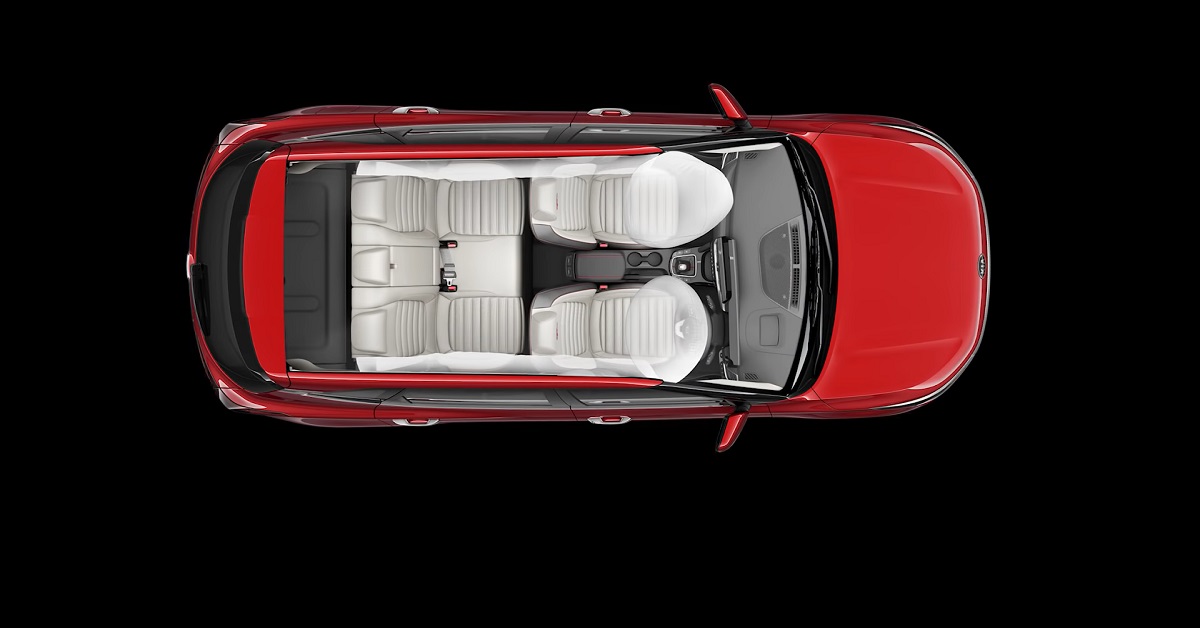 While this move has been thought of to increase the on-road vehicular safety standards by the Indian Govt., automotive manufacturers in the Indian markets do not think it’s as practical as thought to be. There have been speculations in the market of whether making 6 airbags mandatory in all Indian cars proves to be an effective road safety measure or not. However, irrespective of that, the introduction of additional airbags is expected to cost at least a few tens of thousands, making even the entry-level vehicles a bit costlier.

While 6 airbags are being offered as a premium safety feature in mostly only the higher-end trims of car models sold in India, Kia Carens is apparently the only one offering 6 airbags in all its variants. Amongst the most popular 6 airbags cars in India that are affordable under Rs 20 lakhs come the Hyundai Venue, Hyundai Creta, Mahindra XUV700, Kia Sonnet, Kia Seltos and Maruti Baleno, to name a few. 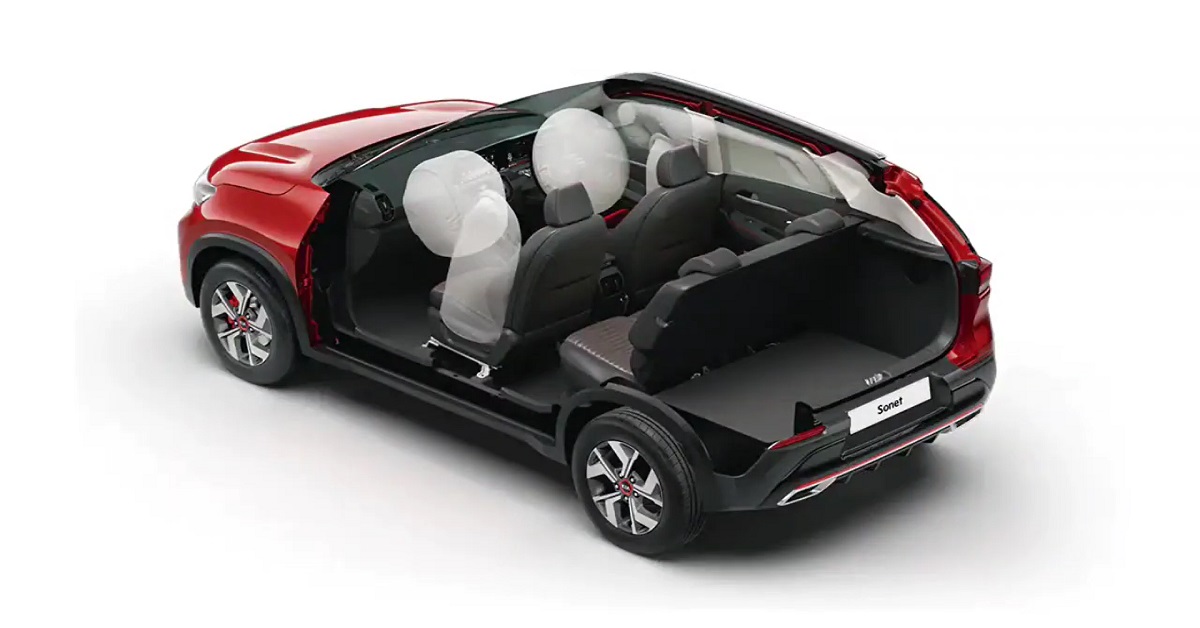 Although the move might not be welcomed with a smile by Indian auto manufacturers, the details of the timeline of the plan are yet to be revealed. Meanwhile, we would love to hear your opinion on this new move, taken up by the MoRTH, Govt. of India, updating the on-road safety norms for its citizens.