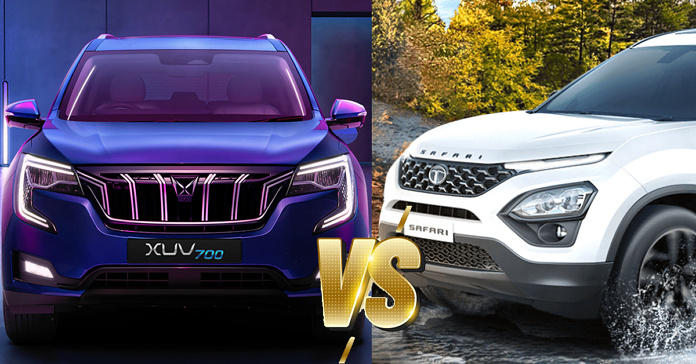 Can't decide between Mahindra XUV700 and Tata Safari? This primer will help.

Launched in 2021, Mahindra XUV 700 and Tata Safari have come to dominate the Indian SUV market, with not much separating them. Today, we bring you a detailed comparison between the SUV flagship models by Mahindra and Tata. Here is a definitive primer on Mahindra XUV 700 vs Tata Safari.

Under the hood, Mahindra XUV 700 offers a 1997cc engine compared to Tata Safari’s 1956cc. The XUV700 can generate a maximum power of 197bhp while Safari falls just short at 168bhp. Both SUVs have manual transmission. When it comes to price, the base model of XUV 700 is about Rs 2 lakh cheaper than its Safari counterpart, with Mahindra XUV 700 being priced at Rs 13.18 lakh and Tata Safari at Rs 15.25.

The XUV700 is powered with a 2.0 TGDi engine while the Safari comes with a 2.0 Kryotec Turbocharged Diesel Engine. The XUV700 can generate a maximum power of 197.13bhp with a torque of 380Nm, with the Safari pumping 167.67bhp with a 350Nm maximum torque.

The Tata Safari is the visibly taller vehicle with a height of 1786mm over XUV’s 1755. With 3 seating rows and a 7-person seating capacity, with a boot space of 447 litres, Tata Safari is hands down the bigger vehicle.

Both cars come with dual tine interiors with fabric upholstery. The only significant difference is the seating capacity, with 7-seater Safari having an advantage over 5 person seating capacity of XUV700. We will discuss the functional and connectivity interiors in detail in the following sections. 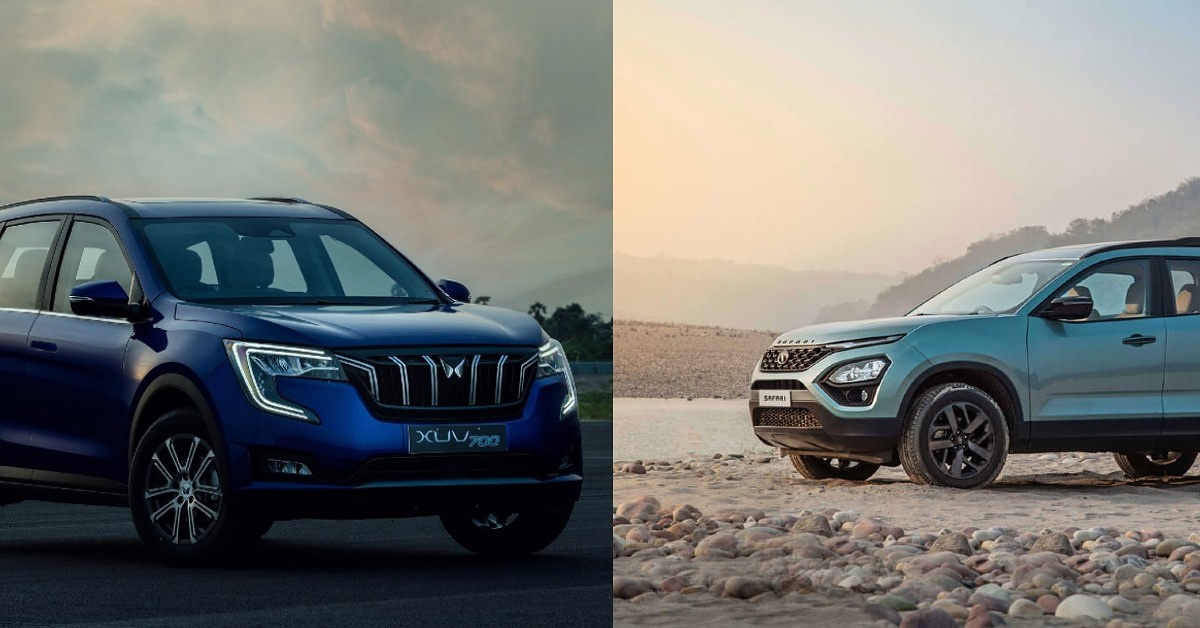 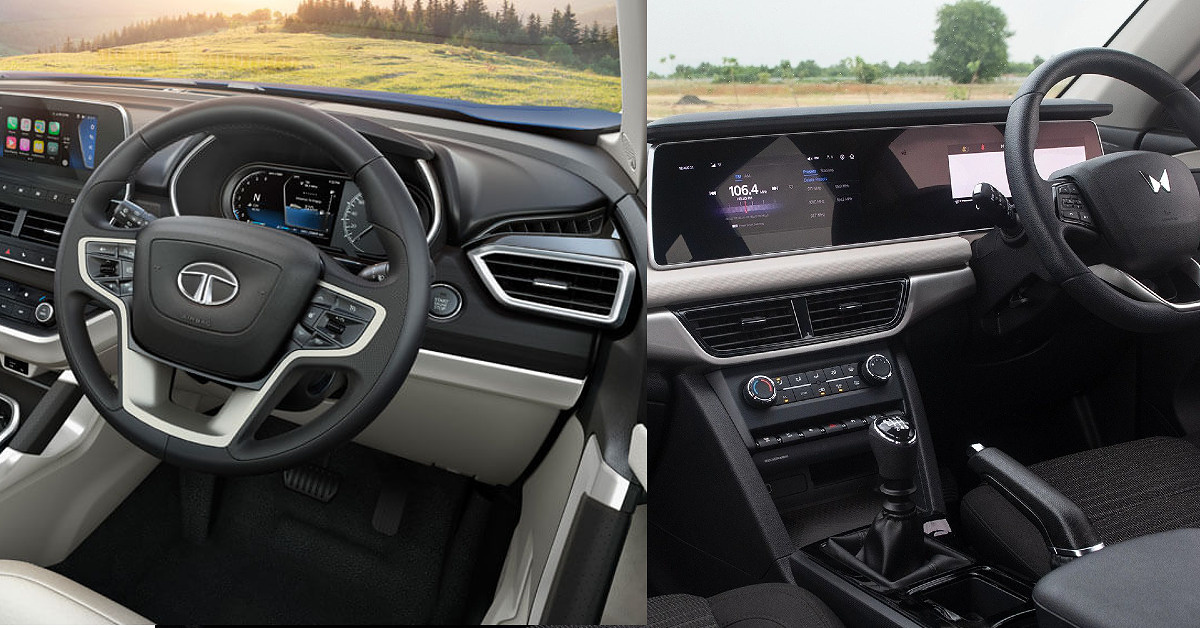 When it comes to comfort and additional features, there is only one winner in the Mahindra XUV 700 vs Tata Safari debate. The XUV700 comes with Android Auto connectivity while the Safari does not have this option. The XUV also has controls mounted on the steering along with an all-digital instrument cluster, and a GPS navigation system. Meanwhile, the Tata Safari leaves a lot more to be desired.

While there is no one winner in the Mahindra XUV 700 vs Tata Safari debate, either car has certain advantages over the other in different categories. Both cars have a strong road presence and offer strong performance. While the XUV has a more powerful engine and more convenient features, the Tata Safari offers more in terms of safety and space. What Tata Safari lacks in the infotainment experience, it makes up for in practical cabin space. It comes down to what the consumer wants out of the vehicle.