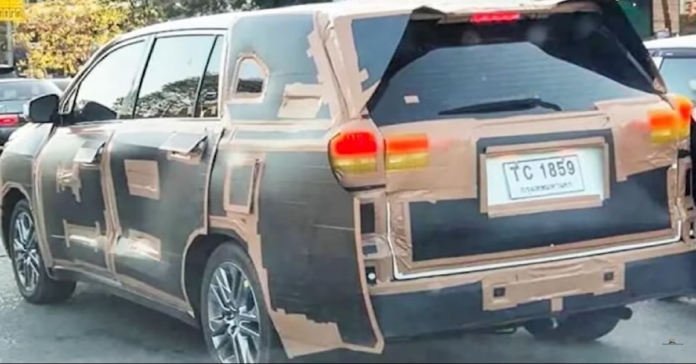 2023 Toyota Innova New Gen Spied Upon: Everything You Need To Know

Here’s all you need to know about the next-gen Toyota Innova launching in 2023.

A spy shot has been shared online recently, which most likely seems to be of the latest new-gen Toyota Innova 2023 model. Toyota is said to be amongst the top 5 leading car brands in the world. The Toyota Hilux, Corolla and Camry are reportedly its most popular car models all around the globe. However, in India, its two best-selling vehicles would undoubtedly be the Toyota Innova Crysta, Toyota Glanza, and the Toyota Fortuner. According to Statista, in 2020, over 34 thousand units of Toyota Innova Crysta were sold across India. The latest model that Toyota is developing is its new-gen Innova, said to roll out later this year. Here’s everything you need to know about the same.

The new-gen 2023 Toyota Innova was spotted testing in Thailand, where its MPV is being developed. While most of the car was kept covered, one could still see features like the design of its LED tail-lights and alloy wheels on its rear end. 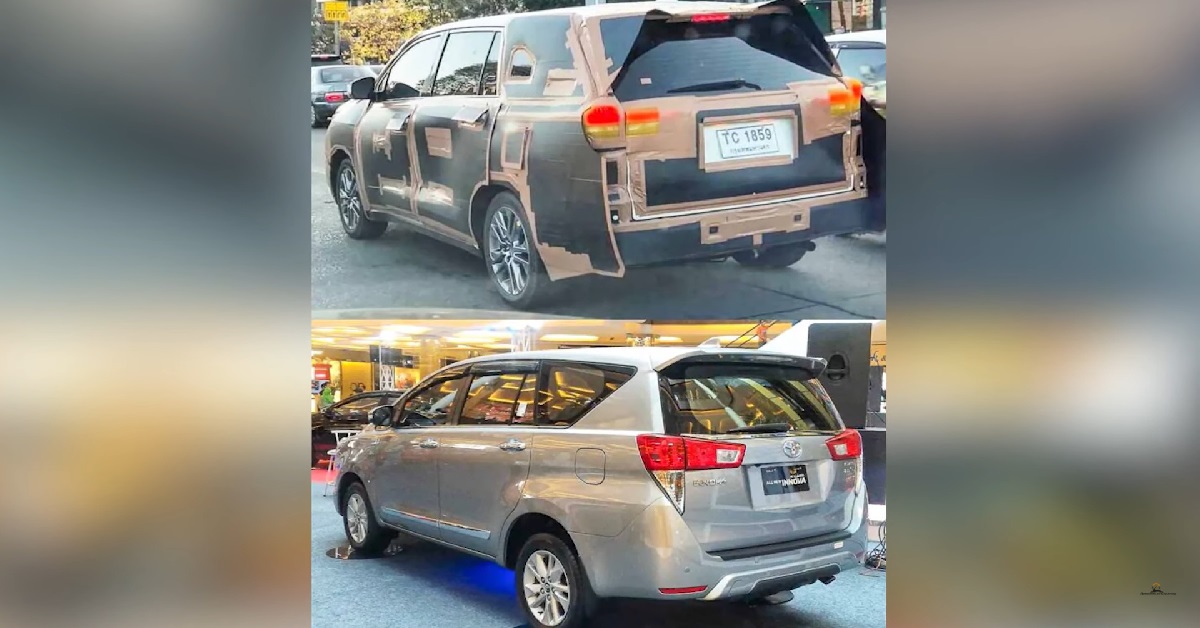 Although not confirmed, amongst the significant changes that the next-gen model of Innova would roll out with will be its TNGA based framework. The current-gen Toyota Innova launched in India in November 2020 with the suffix Crysta. The MPV of Crysta receives the same body-on-frame chassis as its more rugged siblings Hilux and Fortuner. The upcoming model might ditch the IMV platform body-on-frame architecture for the Toyota New Global Architecture (TNGA), which is known for its comfort.

While the current Innova gets an RWD (rear-wheel drive) configuration, the 2023 new-gen Innova is likely to be offered in a Front Wheel Drive layout. It could do away with its diesel engine altogether and instead might offer a petrol and petrol hybrid unit. The details are unavailable as of now, but the petrol engine could be of the same unit as the current Innova while the petrol hybrid unit could be something new. This indicates that the next-gen Toyota Innova might take a leaf out of its older avatar Toyota Avanza’s book.

Toyota is also said to be contemplating on selling both the new and the old versions of Innova alongside each other. However, the latter is more likely to be reserved for the fleet segment.

Said to make its debut first in Thailand in the latter half of this year,  the new-gen Toyota Innova Crysta 2022 will be launched in India sometime in 2023. While the current Innova Crysta is priced within the range of Rs 17 lakhs to Rs 25 lakhs, the new-gen 2023 model Innova price remains unknown.

Therefore, all you Innova fans might wanna stay tuned for all the upcoming updates on the next-gen Toyota car models we have in store for you.

Motor Bridge Bureauhttp://www.motorbridge.com/
Previous article
5 Best Tyres For Your SUV If You Want To Go Off-Roading (2022)
Next article
Ford Endeavour launching globally on 1st March: Everything we know about the car till now