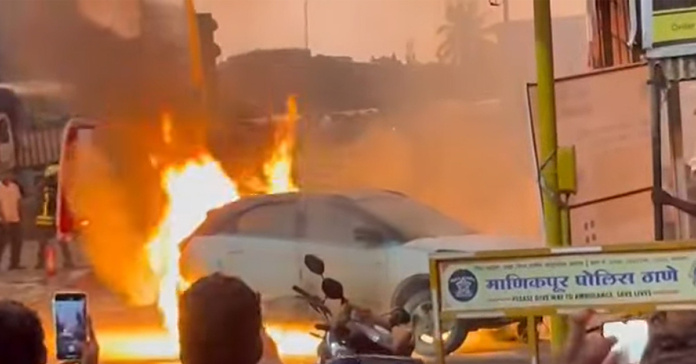 The wildfire that has been spreading across 2-wheeler electric vehicles didn’t spare the 4-wheeler segment as well, putting the future of EVs in question.

After a range of electric 2-wheelers having been on the news for catching fire over the past few months, the country finally witnesses its first electric car fire incident. Sadly, it was the segment leader Tata Nexon EV which the fire engulfed into its flames this time.

The Tata Nexon EV car fire incident took place near Panchvati Hotel in Mumbai’s Vasai West area, late on Wednesday evening. Videos of the mishap with the electric SUV have gone viral on social media. According to reports, the owner of the vehicle had charged his Nexon EV with a normal slow charger installed at his office. About 5kms while on his way back home via slight on-road traffic, he heard weird sounds from the car along with flash warnings on the dashboard. This made him stop the vehicle and get out of the car, which was followed by smoke coming out of its battery.

In the video that went viral, firefighters can be seen putting out the fire caught by the burning Tata Nexon EV. Tata Motors said in its statement, “A detailed investigation is currently being conducted to ascertain the facts of the recent isolated thermal incident that is doing the rounds on social media. We will share a detailed response after our complete investigation. We remain committed to the safety of our vehicles and their users. This is the first incident after more than 30,000 EVs have cumulatively covered over 1 million km across the country in nearly 4 years.” 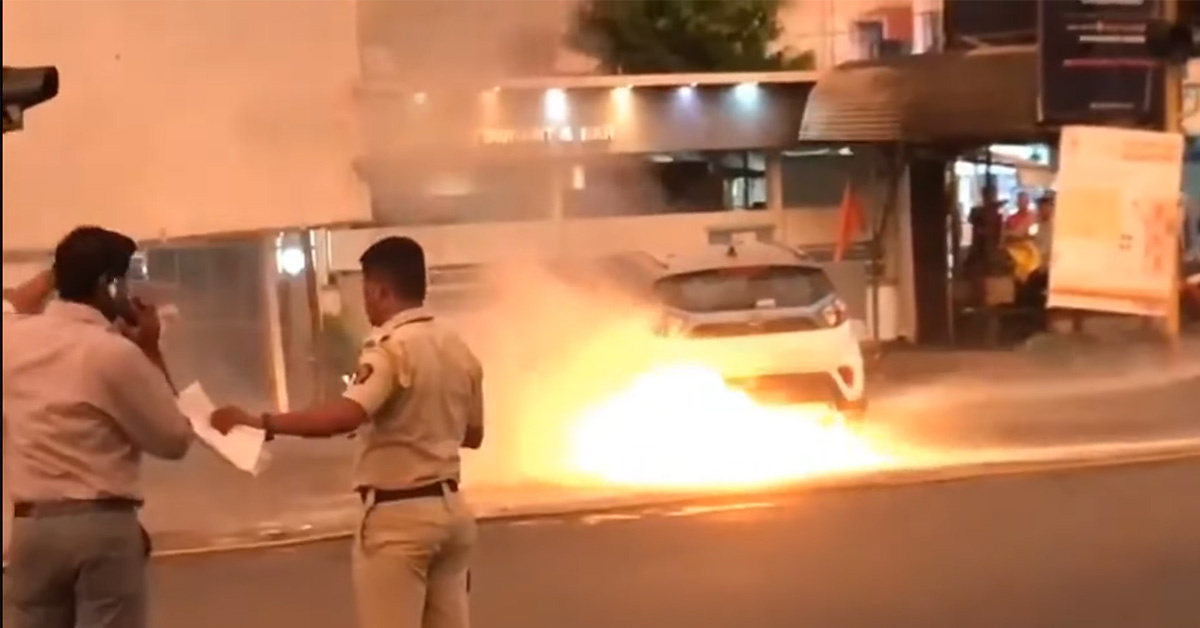 The cause behind the Nexon EV fire incident is not yet known. However, there are plenty of speculations running around. Some of the possible reasons stated include the battery getting overheated due to overcharging or fast charging or the battery getting compromised in a crash, which can cause a fire. Other reasons may involve the battery chemistry, design or technology.

In the past, several electric scooters have caught fire due to a thermal runaway caused within their Lithium-ion battery packs. Some of the names include Ola S1 Pro Electric, Pure EV, Ather Energy as well as Okinawa. Up till now, the incidents taking place across the country involved only electric two-wheelers. But with the Tata Nexon EV fire incident entering the scenario, an even greater threat has been posed to the on-road passenger vehicle safety in India. If a solution isn’t found soon, then this would question the very foundation of the EV space that the auto industry of the entire world is transitioning into.