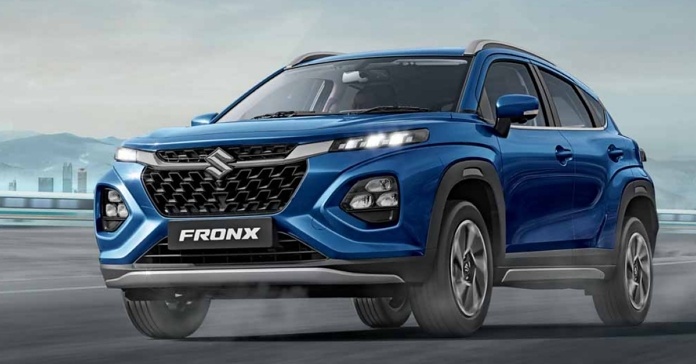 The Fronx is based on the Baleno hatchback and is underpinned by the same platform.

Maruti unveiled its Baleno crossover SUV, the Maruti Suzuki Fronx, at Auto Expo today. The compact SUV is based on the Baleno hatchback and was spotted testing on several occasions last year. The SUV was codenamed ‘YTB’ during the trial phase. Like the 5-door Jimny, Fronx will be sold exclusively through Nexa outlets but will be released earlier than the lifestyle SUV. Bookings for the Fronx have started today and Maruti will officially be launching the SUV coupe in April.

Maruti Suzuki Fronx: Everything you need to know 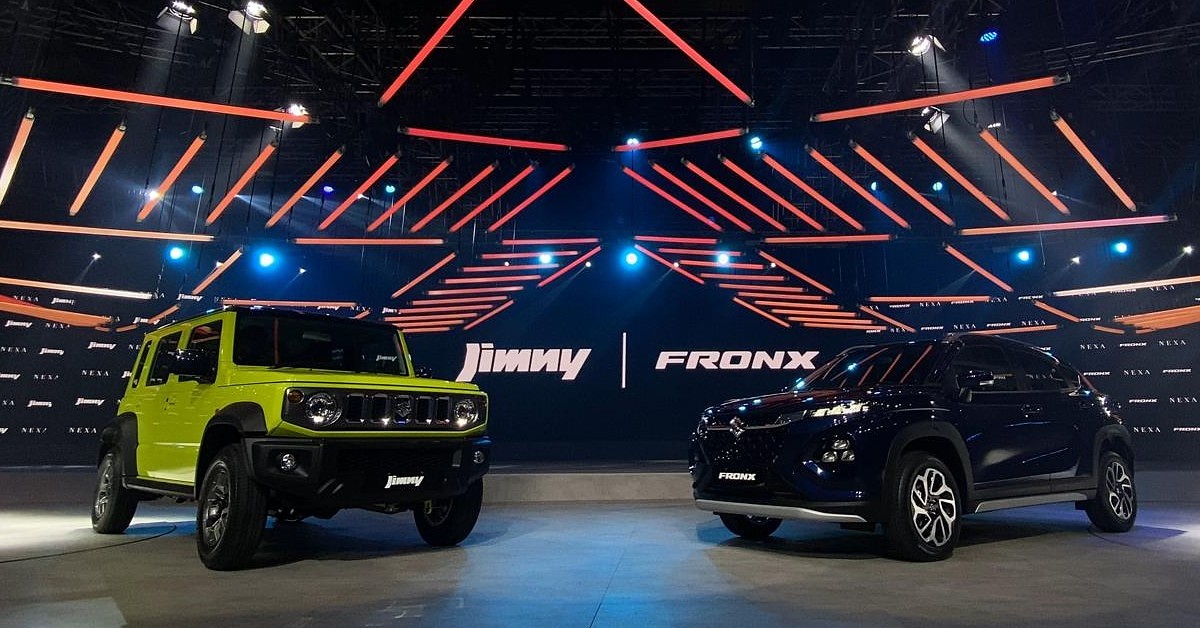 The Maruti Suzuki Fronx may be an offshoot of Baleno, but it borrows several SUV-like aspects from the Grand Vitara. Up front, the Fronx gets an upright nose and a split headlamp setup similar to the midsize SUV. It also gets the NEXWave grille and NEXTre crystal block. The bodywork of the compact SUV also resembles that of Vitara. The silhouette of the Fronx is more muscular compared to the Baleno hatchback and gives the SUV a sporty look. 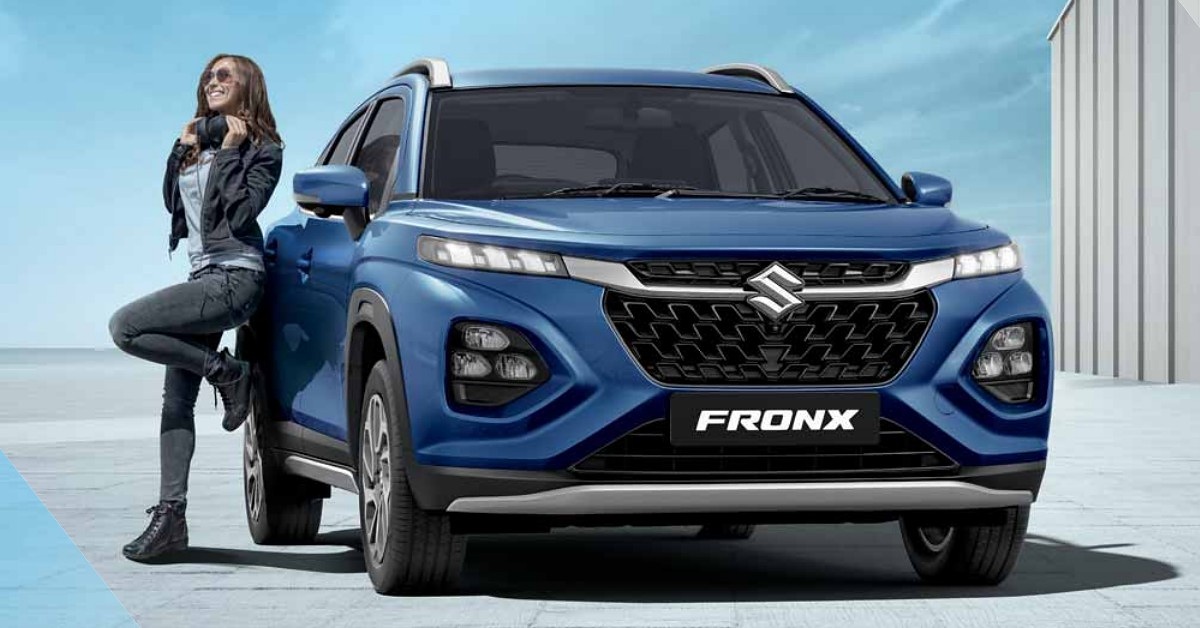 Along the sides, the Maruti Suzuki Fronx receives additional body cladding and newly designed 17-inch alloy wheels. These alloys are unique to the Fronx and aren’t found on any other Maruti SUV yet. The progressive roofline dips abruptly at the rear. Dimensionally, the Maruti Suzuki Fronx stands at 3,995m x 1,550m x 1,765m. The SUV coupe is underpinned by the Heartect monocoque platform, similar to the Baleno hatchback. 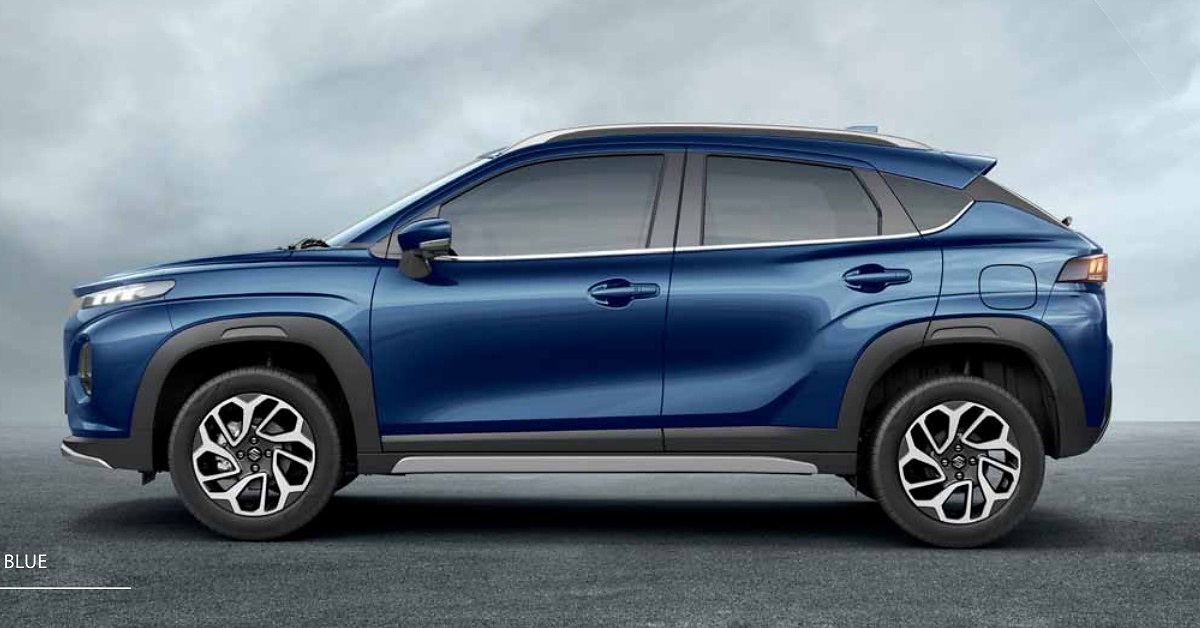 The Maruti Suzuki Fronx gets the same interior layout as the Baleno. There is a difference in detailing as the Fronx gets a metal-like matte finish with silver chrome highlights. The Fronx also gets the Black and Bordeaux two-tone colour theme for its interior. In terms of features, the compact SUV gets a 9.0-inch Smart Pro Play+ infotainment system with Android Auto and Apple CarPlay, Head Up Display, wireless charging, and a 360-degree camera. 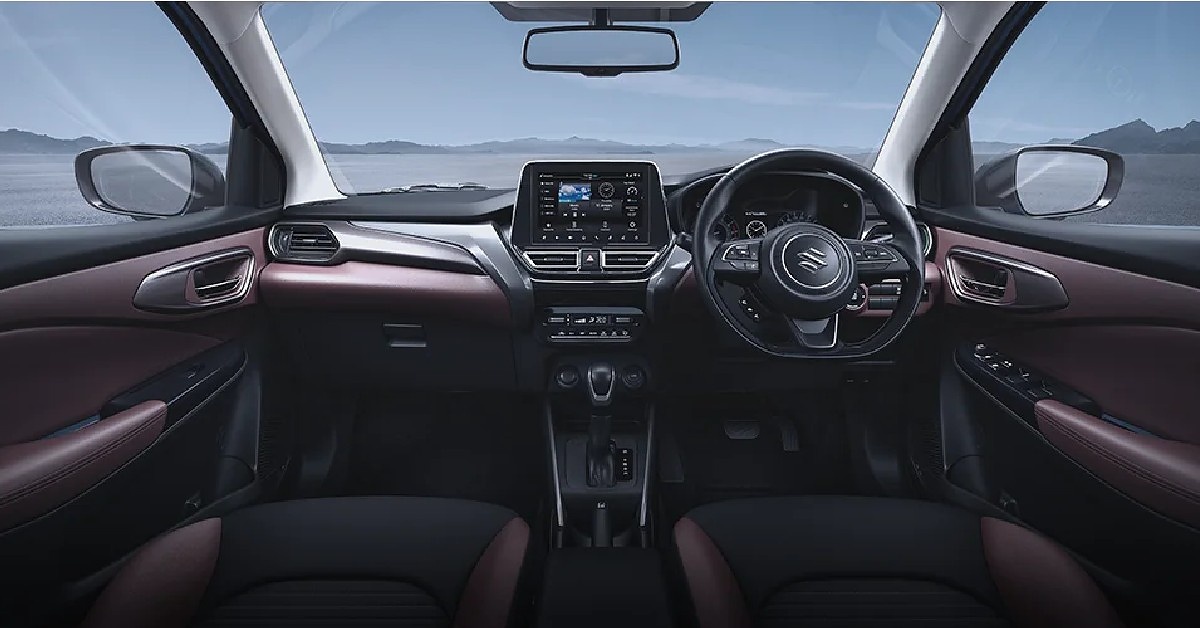 The new Maruti Suzuki Fronx has been made available in two powertrain options. Firstly, the 1.0-litre Boosterjet engine found in the 2017 Baleno makes a comeback on the Fronx. This engine unit produces a maximum power output of 100hp and 147.6Nm peak torque. This engine can be mated to a five-speed manual or six-speed automatic gearbox.

Also on offer is the 1.2-litre K Series naturally aspirated petrol engine that can produce a maximum power output of 90hp and 113Nm peak torque. This engine can also be mated to a 5-speed manual or automatic gearbox.

Read Also: Tesla Model S gathers mould after being left in a public garage for a month

Maruti Suzuki Fronx has been made available in six single-tone and three dual-tone colour options. The compact SUV will go on sale in April and will rival the likes of Tata Punch, Citroen C3, Hyundai Ai3, Nissan Magnite, and Renault Kiger.