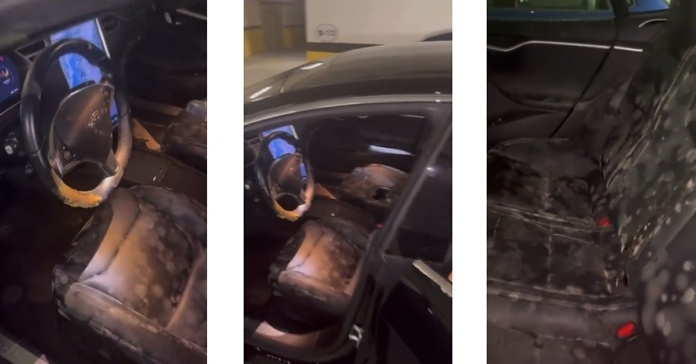 The mould can be seen on the upholstery as well as the steering.

From self-driving malfunctions to charging issues in cold temperatures, Tesla offerings seem to consistently find a way of being in the news for all the wrong reasons. This time, however, the issue is more absurd than it is harmful. A Tesla owner took to Twitter to report that their ‘brand new’ Model S had gathered an incredible amount of mould after being left in a Turkish garage for a month.

Left his Tesla in a garage for a month – this is what happened 👀 $TSLA pic.twitter.com/N09171cVQm

Tesla hasn’t commented on the situation yet

The video was re-posted by Twitter user Goat Milk on Tap (@GoatMilkonTap). Details of the original poster and the owner of the Model S have not been mentioned in the post. In the video, the Tesla can be seen parked in the garage while the owner goes around documenting the mould across the vehicle. The rot can be seen on the front and rear seats, steering wheel, centre console, interior door panels, and even on the driver’s seat belt. 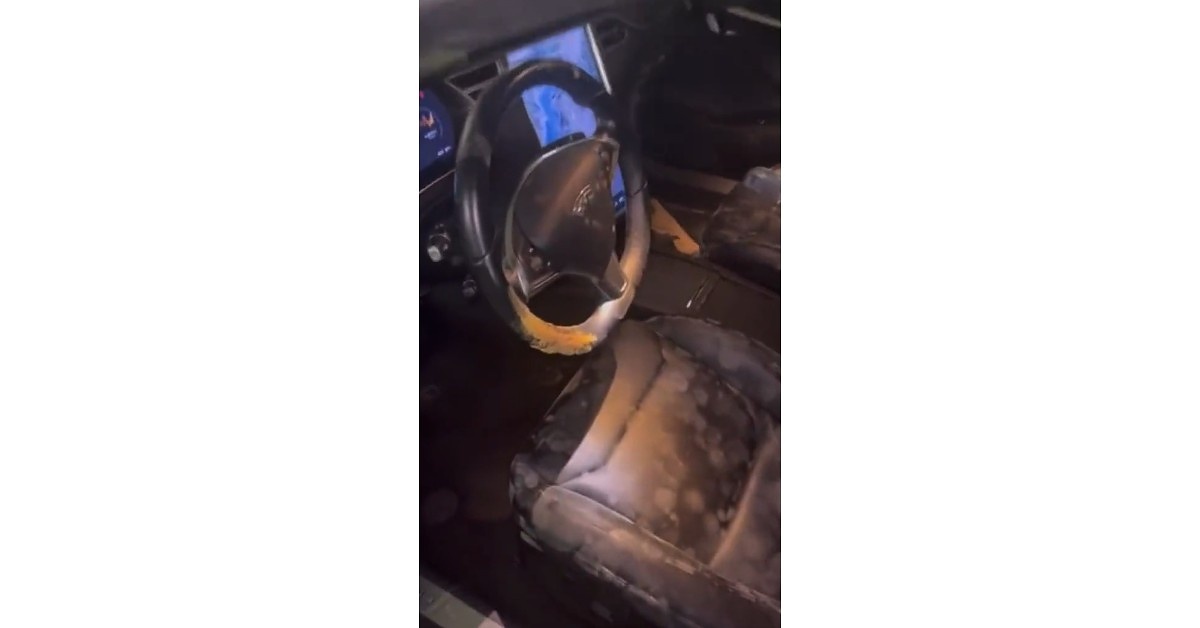 The video went viral on Twitter where it has garnered 2.1 million views since the time of posting. Tesla Motors has not made any comments on the situation. While there may be silence on Tesla’s end, the post received over thousand comments and 16.3k likes. Twitter users speculated that the mould could have been caused by the trapped moisture inside the car and the temperature of the garage where the Tesla was parked. Under conducive conditions and optimum moisture, it doesn’t take much time for mould to appear on car upholstery.

Tesla was also in the news recently after a California resident intentionally drove his Model Y off a 250ft cliff with his family still inside the car. Luckily, all four passengers survived the crash. The incident happened 20 miles south of San Francisco and authorities have described it as a murder attempt. While the survival of the passengers is nothing short of miraculous, many experts heaped praise on Model Y’s safety as well.

It is unclear whether the Tesla flipped several times while crashing down the cliff. The vehicle’s roof and structural integrity remained intact after the fall, which would not have been the case if the Tesla had flipped multiple times over. Experts believe that the car’s batteries kept its centre of gravity low, avoiding it from getting flipped. This would not have been possible in an ICE vehicle.