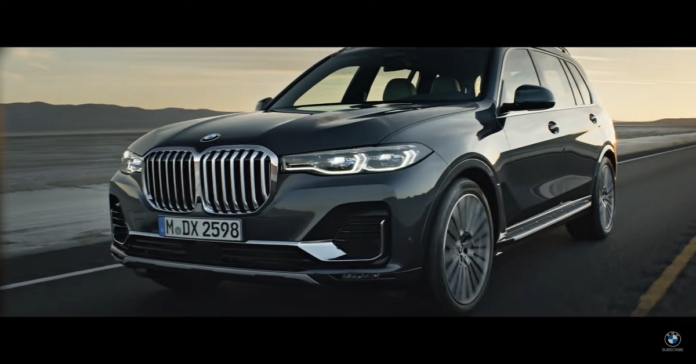 One of the hard-to-miss features of the 2023 BMW X7, which is expected to make its global debut this year, is its split-headlight design.

Of the very first things that easily catches your eye even from the camouflaged spy shots of the 2023 BMW X7 facelift is the split-headlight design on its nose. BMW has reportedly been testing its all-new uplifted SUV model for a year and a half now, with its prototypes been doing rounds of the internet all this time. The 2023 BMW X7 facelift is expected to make its global debut in the coming months, while its arrival at the Indian showrooms is slated for sometime in early 2023.

Known as the biggest SUV that BMW sells in India, the X7 facelift takes on the likes of Mercedes Benz GLS, Audi Q7 and Volvo XC90. The leaked images reveal its quad-light arrangement split into upper and lower units as one of its major upgrades. Its aggressive middle-split front grille design is carried forward as it is from its current-gen model, giving it a bold and beasty look, all while taking up the majority of centre space at its forefront. Its front bumper is also restyled, featuring triangular-shaped vents, while narrow vertical corner vents stretch down from its lights.

The rear side of the 7-seater 2023 BMW X7 SUV is not revealed in the spy shots. However, it is unlikely that BMW will bring significant uplifts to the same, as well as to its interiors and powertrain options. The current X7 model comes with 3 engine options, a 265hp 3.0L straight-six diesel unit, a 340hp 3.0L petrol unit and a 400hp quad-turbo diesel unit. The current BMW X7 price in India lies in the range of Rs 1.10Cr to 1.75Cr.