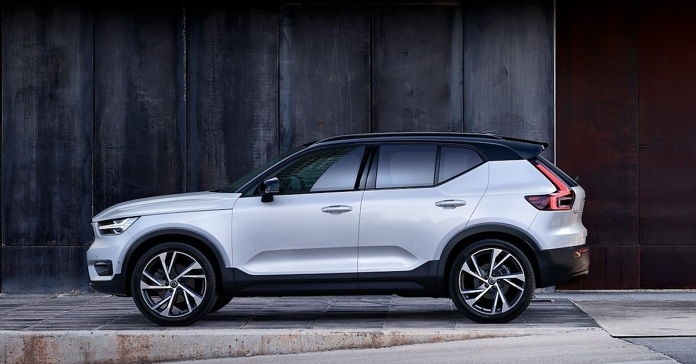 The XC40 facelift will receive a mild-hybrid configuration and come with cosmetic upgrades.

Volvo is gearing up to launch the facelifted versions of the Volvo XC40 and XC90 tomorrow, September 21. The Volvo XC40 facelift will receive a cosmetic as well as a mechanical upgrade. Meanwhile, the XC90 will undergo no mechanical changes but will receive some cosmetic tweaks. Volvo had also launched the XC40 Recharge earlier in July this year, which became its first electric SUV in India. In this article, we dive into the changes that Volvo is bringing to the XC40 and XC90.

The Volvo XC40 facelift will share the front profile of the XC40 Recharge launched earlier this year. The SUV will get sleeker, sharper headlights and the front bumper will undergo a design change. It will feature the ‘Thor’s Hammer’ DRLs and a frameless front grille. Along the sides, the alloy wheels may receive a design tweak as well. More colour options are also expected to be made available.

Inside, the XC40 facelift will sport upholstery changes, but other than that, the overall design will remain the same. Volvo may choose to update the instruments and car tech. The XC90 facelift will receive a new infotainment screen and upholstery upgrades.

The biggest changes to the Volvo XC40 facelift come under the hood, as Volvo will finally bring a mild-hybrid configuration to the SUV. The XC40 will get a new 2.0-litre mild-hybrid turbocharged petrol engine that can produce a maximum power of 197hp. The facelift will be offered in a two-wheel drive setup. The current 2.0-litre 4-cylinder turbocharged petrol engine on the outgoing XC40 produces a maximum power output of 185hp and 300Nm peak torque.

The Volvo XC90 will get no mechanical upgrades and will retain the 2.0-litre 4-cylinder twin-turbo petrol engine that produces 300hp of maximum power and 420Nm peak torque. The XC90 will be offered in an all-wheel drive setup.

The current version of Volvo XC40 is offered in a single variant and is priced at Rs 44.50 lakh. The facelift version will cost anywhere between Rs 47-50 lakh and will continue to be offered in a single mild hybrid variant. The XC90 is currently priced at Rs 93.90 lakh, and the facelift will only be slightly more expensive than the outgoing model. Upon launch, the Volvo XC40 facelift will rival Audi Q3, Mercedes-Benz GLA, and BMW X1.