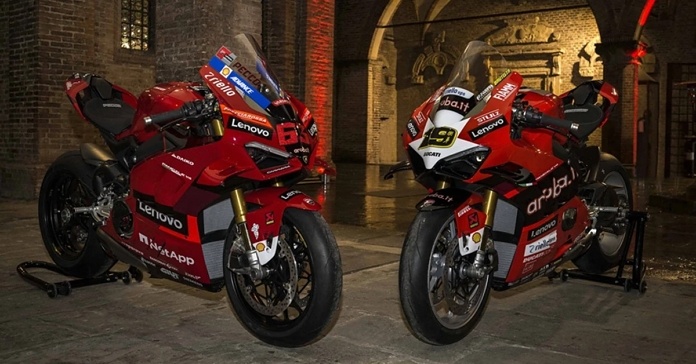 Ducati will produce just 260 units of each limited edition.

Ducati has launched two new limited editions of the Ducati Panigale V4 to celebrate the MotoGP and WorldSBK titles of Franceso Bagnaia and Alvaro Bautista. Ducati will manufacture just 260 units for each of the two limited editions, in honour of 1926 – the year in which the company was founded. This is the first time in history that Ducati has won the MotoGP and WorldSBK titles in the same season. 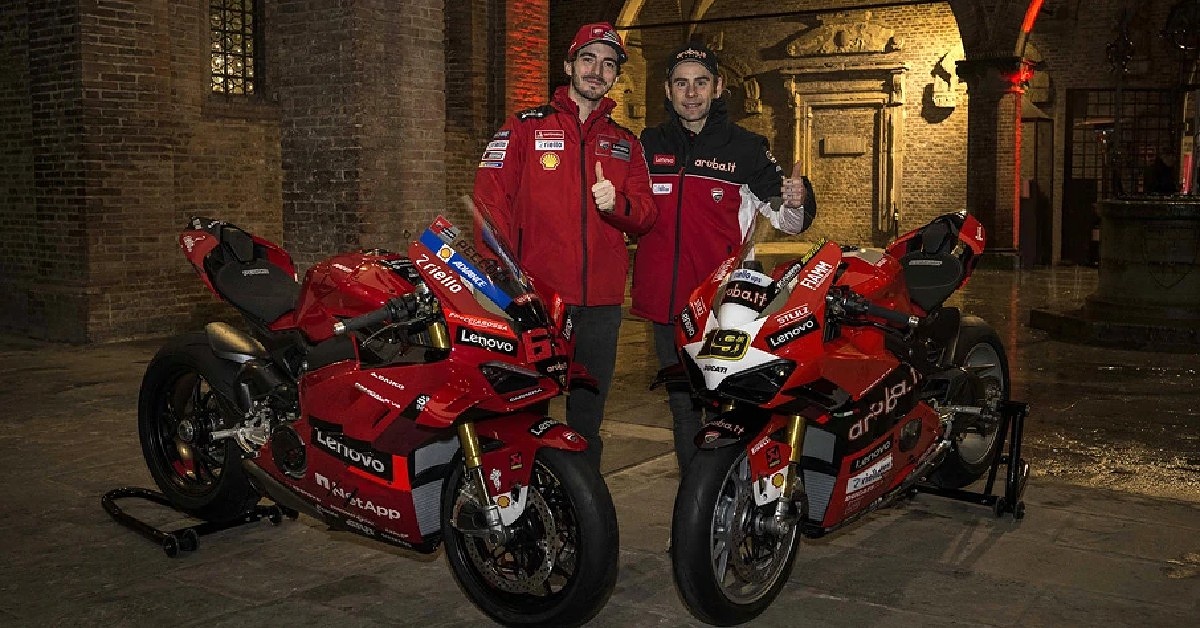 The two new limited editions have been made from the base of the Panigale V4 S and will feature the liveries of the bikes of the two world-title-winning riders. Each manufactured unit will feature the original autograph of the rider on the tank, protected with a layer of clear varnish. The V4 limited editions replicate the title-winning bikes with their single-seat configuration. 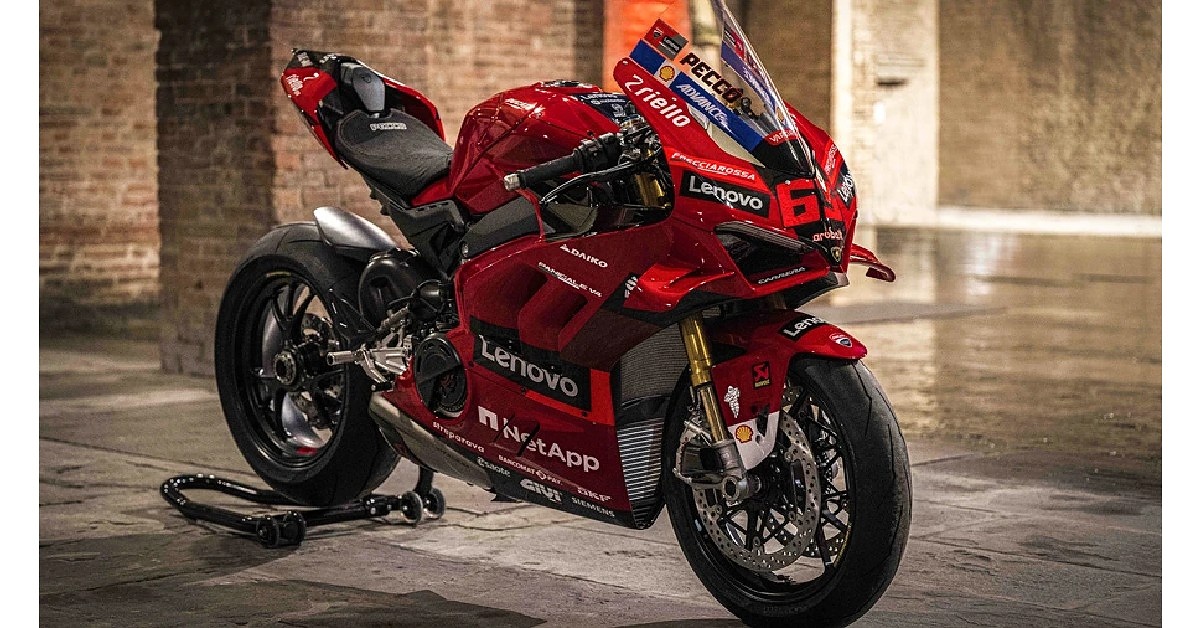 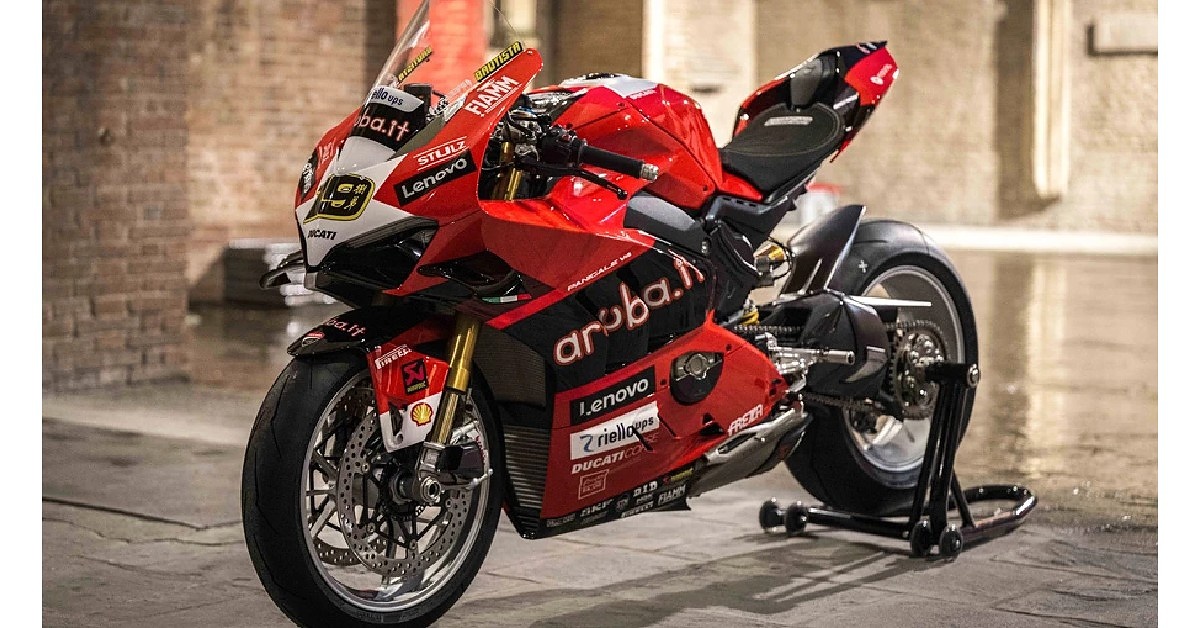 Other technical upgrades include a rear exhaust manifold heat shield, alternator cover, front and rear fenders, and front brake ducts, all made of carbon fibre. The cover protecting the single-sided swingarm is also made of carbon fibre combined with titanium. The limited edition V4 dedicated to Alvaro Bautista features a brushed aluminium tank as well.

Each limited edition will come in a packing case with dedicated graphics and will include a certificate of authenticity, a custom bike cover, and the Ducati Data Analyser+ data acquisition system. There will also be additional accessories like a carbon fibre open clutch cover, license plate and mirror removal kits, and the billet aluminium racing fuel cap for those that want to take the motorbike to the tracks.