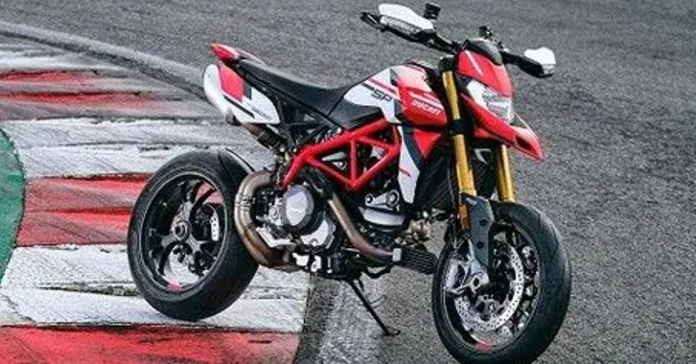 The updated model of Hypermotard 950 is released in India.

Today the company released the updated model of its adventure hyper bike. The 2022 Ducati Hypermotard 950 was unveiled in  India with a price tag starting for the RVE variant at Rs 12.99 lakhs ex-showroom, India. The more premium version Hypermotard 950 SP starts from Rs 16.24 lakhs ex-showroom, India. The company claims that the new design of the bike is inspired by the “look of motards’. From the design perspective, the bike looks identical to the previous generation.

It still sports a twin exact setup under the sat and reduced fairing to give the bike a completely naked look. There is no significant change in the frame of the bike as well as other looks. The bike was already in production in America since mid-2021 and as always the global launch of the bike is a little late by the company. Ducati claims that the bike has improved performance and ergonomics than the previous-gen model. 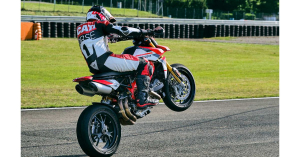 Read Also: KAWASAKI Z400RS CAN BE THE NEXT RETRO BIKE BY THE COMPANY

The updated electronics include Bosch 6-axis inertial platform along with Bosch Cornering ABS EVO (with Slide by Brake function) and Ducati Traction Control (DTC) EVO. Adding to the Ducati Safety Pack (DSP), Ducati Wheelie Control (DWC) EVO and Ducati Quick Shift (DQS) up/down EVO. The bike can be booked at any Ducati showroom near you.

Vipul Chandwanihttps://www.motorbridge.com/
Previous article
Kawasaki Z400RS can be the next retro bike by the company
Next article
Lifan KPM 150 Cafe racer bike makes a global debut