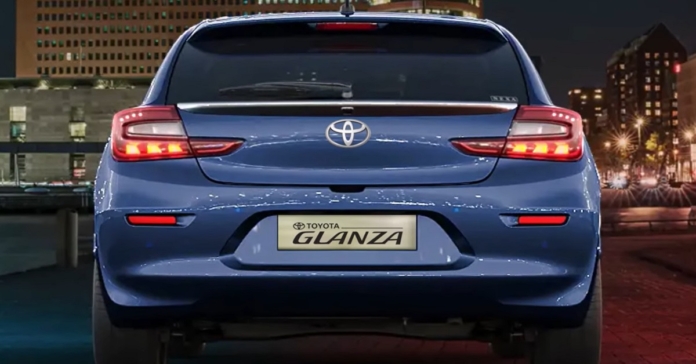 2022 Toyota Glanza Leaked Ahead Of Its Launch: Everything You Need To Know

After the launch of the new 2022 Baleno by Maruti Suzuki on February 23, the facelift version of Toyota Glanza is awaiting its launch on 15th March in India. However, the new-generation Toyota Glanza 2022 has already been leaked ahead of its launch, spotted undisguised recently. The all-new hatchback by Toyota, whose current version is considered as an identical twin of the Maruti Suzuki Baleno, is now said to come with new looks.

The premium hatchback segment in the Indian markets has received a wild response, especially after the entry of the Maruti Suzuki Baleno. And now, the much-awaited facelift version of the Toyota Glanza 2022 will apparently be competing with a lot many other candidates in the same segment, such as the Citroen C3, Tata Altroz, Renault Zoe and more, all expected to launch this year. 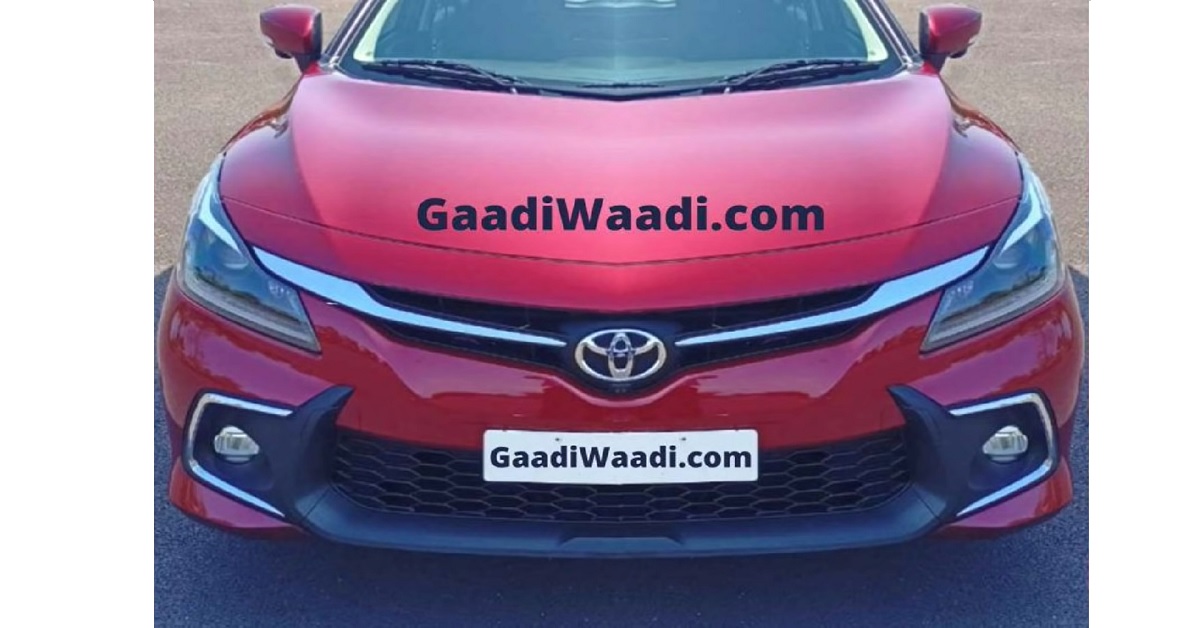 The spotted Glanza model revealed the details of only its front end. Its Camry-like front grille appears to be a lot narrower than the new-age Baleno, with thick chrome inserts running along its length. While there was no change observed in its headlamps, the new-gen Toyota Glanza 2022 will be flaunting L-shaped LED daytime running lamp signatures, a secondary grille flanked by chrome-insert surrounded fog lamps. It will be riding on 16-inch alloy wheels. 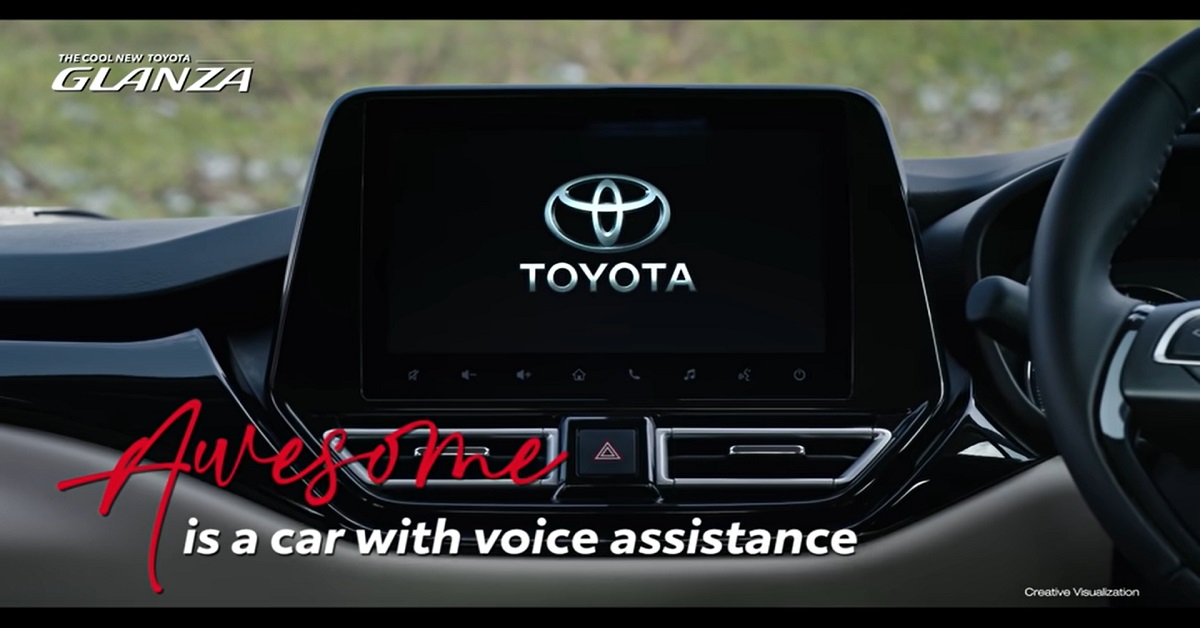 Speaking of its interiors, the new Toyota Glanza 2022 is expected to offer similar looks and features as in the new-age Baleno. However, its interior will get a black and beige theme instead of the black and blue in Baleno. It will come with a 9-inch Smartplay Pro+ touchscreen infotainment system with wireless Android Auto and Apple Carplay connectivity along with voice command control. Another cool feature that the new-gen Toyota Glanza 2022 will be offering is locking and unlocking via a digital key, just like the 2022 MG ZS EV is providing. Other features that the new hatchback is expected to offer include a HUD, a 360-degree camera, 6 airbags, ESP (Electronic Stability Control), cruise control and much more. 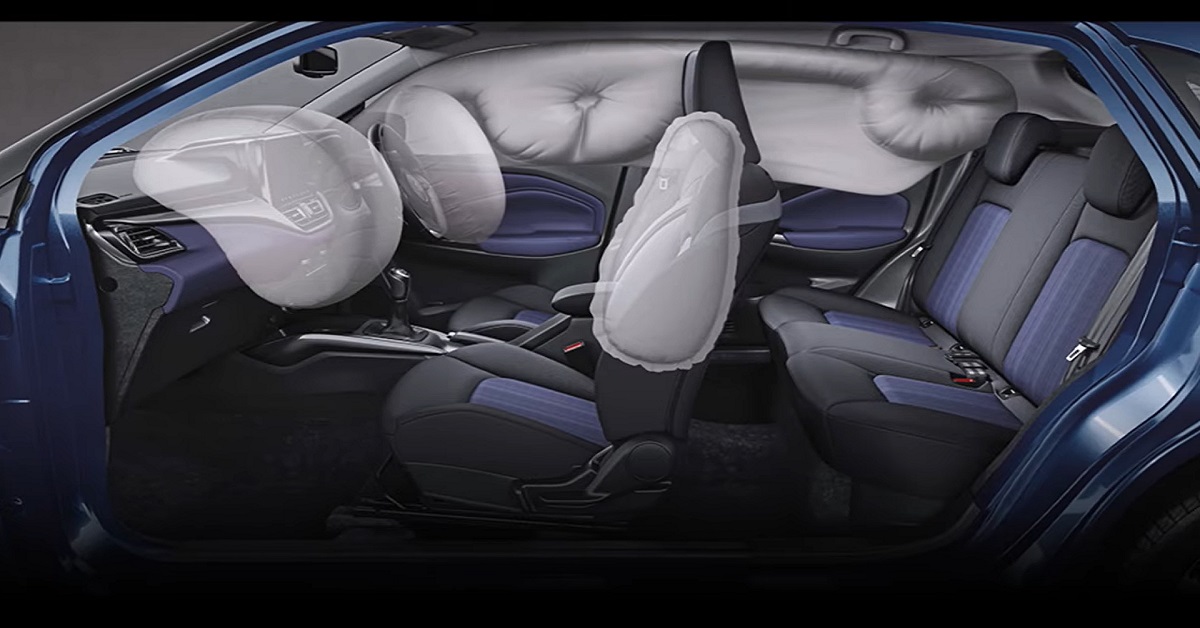 The new hatchback model will reportedly be offered in 4 variants- E, S, G and V, similar to the Alpha, Zeta, Sigma and Delta variants of the new-age 2022 Baleno. Its top-spec variants will be G and V. It will be offered in 5 colours, namely red, blue, grey, white and silver. A single 1.2L dual-jet petrol engine is said to be offered with the new Toyota Glanza 2022, which also powers the Baleno. It is capable of powering up the car up to 89bhp and with a 113Nm torque. It will come with a 5-speed manual and 5-speed AMT transmission option.

The price of the all-new Toyota Glanza 2022 is expected to be around Rs 7.5 lakhs.