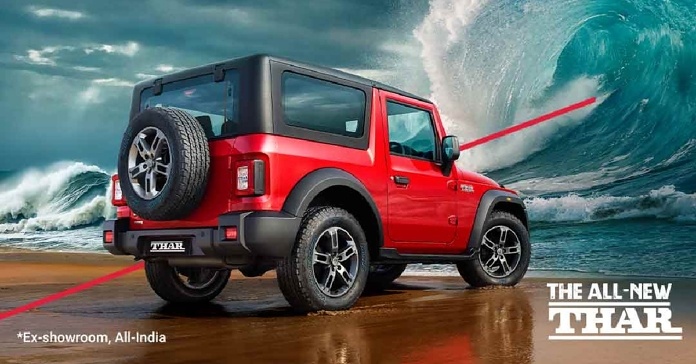 The lifestyle SUV gets a new diesel powertrain.

The new Mahindra Thar 2WD has been launched in India at an introductory price of Rs 9.99 lakh. Mahindra has also introduced a new 1.5-litre diesel powertrain for the Thar. The diesel variant has been priced at Rs 9.99 lakh while the petrol variant with automatic transmission will cost Rs 13.49 lakh. The 2WD variant is available in two trims – AX (O) and LX.

Mahindra Thar: Everything you need to know

There are no cosmetic changes on the Mahindra Thar 2WD except for the lack of ‘4×4’ badging. The 2WD variants have only been made available with a hard top, unlike the 4WD Thar which also gets the option of a convertible roof. Mahindra has also introduced three new colour options for the Thar 2WD – Blazing Bronze, Aquamarine, and Everest White. The former is also available on the XUV300 TurboSport. 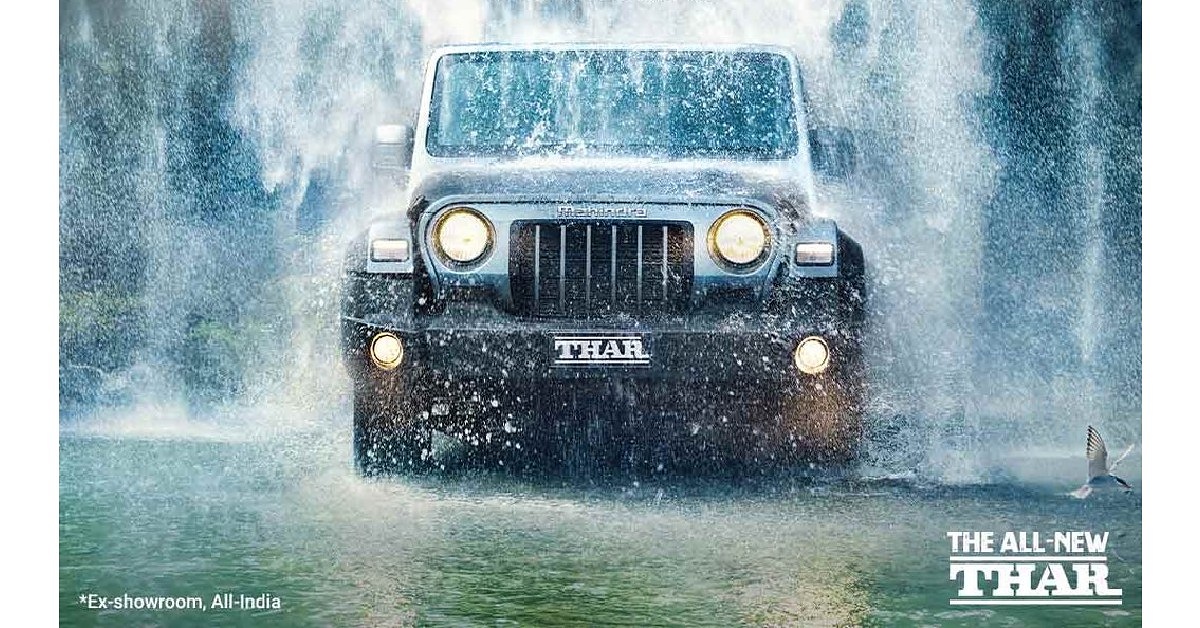 There are no major inside the lifestyle SUV. The 2WD Thar misses out on the 4×4 gear selector and gets some additional storage space in its place. Apart from that, it gets the auto start/stop function and a lock/unlock button. The 7.0-inch touchscreen infotainment system with Android Auto and Apple CarPlay has been retained. 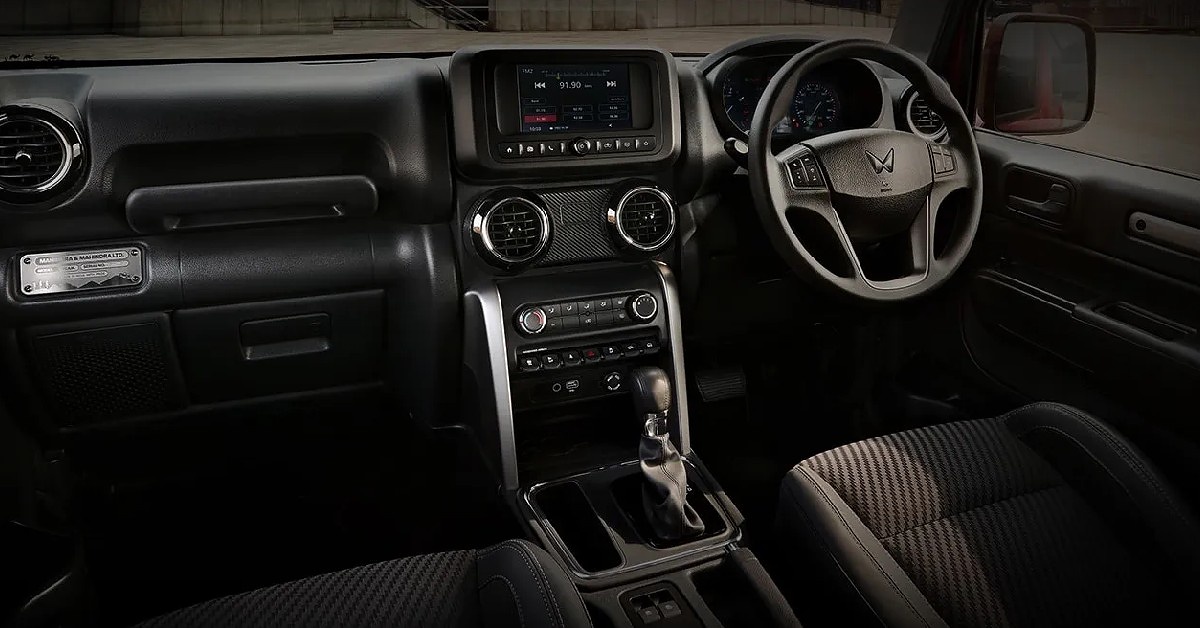 While Mahindra Thar is offered in two powertrain options, the entry-level variant adds a third engine option to the lineup in the form of a 1.5-diesel engine that produces a maximum power output of 118.5hp and 300Nm peak torque. This engine is also found on Mahindra Marazzo. The 2WD guise will also be made available in the 2.0-litre turbo petrol engine variants of the Thar. All 2WD variants will come with six-speed manual transmission only. 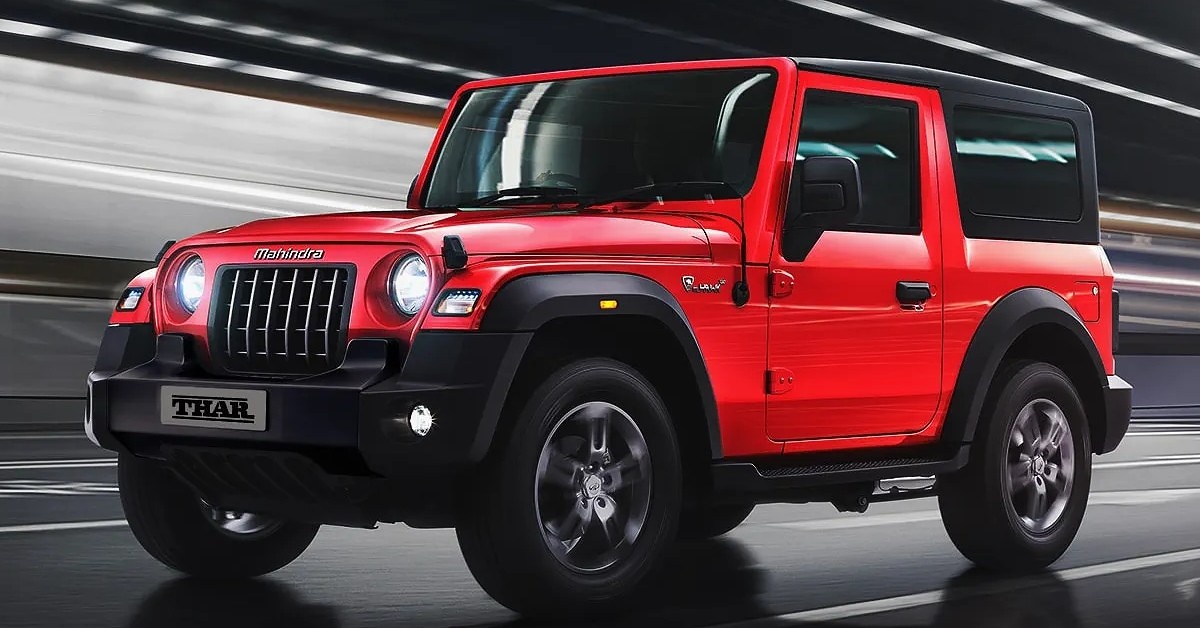 A new low-spec AX (O) variant has also been added to Thar’s lineup and will be made available with both diesel and petrol powertrains. This variant gets 16-inch alloys instead of 17-inch alloy wheels. Mahindra has also stripped this affordable variant of the 7-inch touchscreen infotainment system, in-built speakers, TPMS, cruise control, and steering-mounted controls.

Apart from the entry-level level diesel AX(O) and the petrol AT LX trim, the Mahindra Thar 2WD is also available in a diesel MT LX trim priced at Rs 10.99 lakh. These prices are introductory and are applicable for the first 10,000 bookings only. Mahindra will start rolling out deliveries on January 14. The Mahindra Thar 2WD rivals Force Gurkha and the upcoming Maruti Suzuki Jimny.