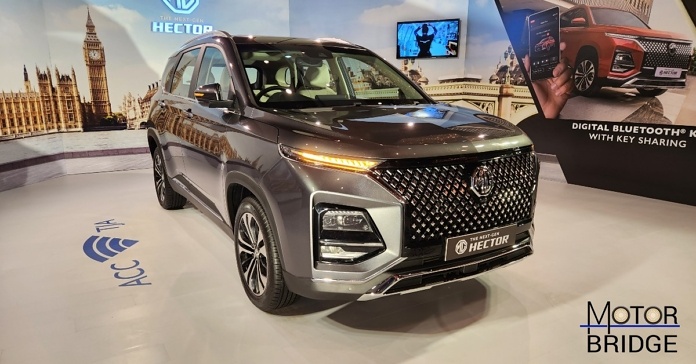 The Hector now comes equipped with an ADAS package.

MG Motors India has finally introduced the new MG Hector facelift in India. Reports of the SUV’s imminent launch had been circulating around for months. First launched in 2019, the Hector has been quite successful in the Indian SUV market. However, with rising competition primarily from the XUV700, the Hector was in line for a much-needed update.

Read Also: Tata Motors announces discounts of up to Rs 35,000 on Tata Safari, Harrier, and more

2023 MG Hector facelift: Everything you need to know

In terms of design, the MG Hector facelift retains the side profile but gets significant changes along the front and rear. A massive new chrome grille with diamond-shaped inserts dominates the front profile of the SUV. The LED headlamps and DRLs are a lot sleeker than the ones on the outgoing model. At the back, the SUV gets new tail lamps and ‘ADAS’ badging. 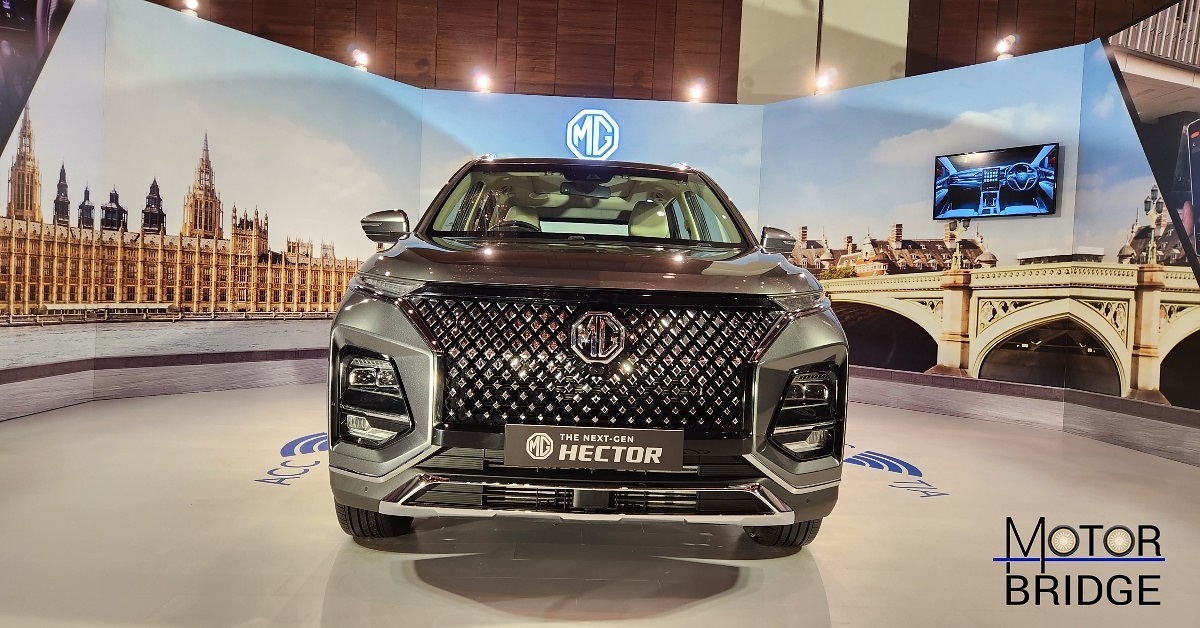 Inside, the MG Hector facelift gets a 14.0-inch vertical touchscreen infotainment system. It also gets new connectivity features like Digital Bluetooth Key and Key Sharing. The next-gen i-SMART tech equips the Hector with 75 connectivity features along with additional voice commands. The SUV is available in 5, 6, and 7-seater configurations. 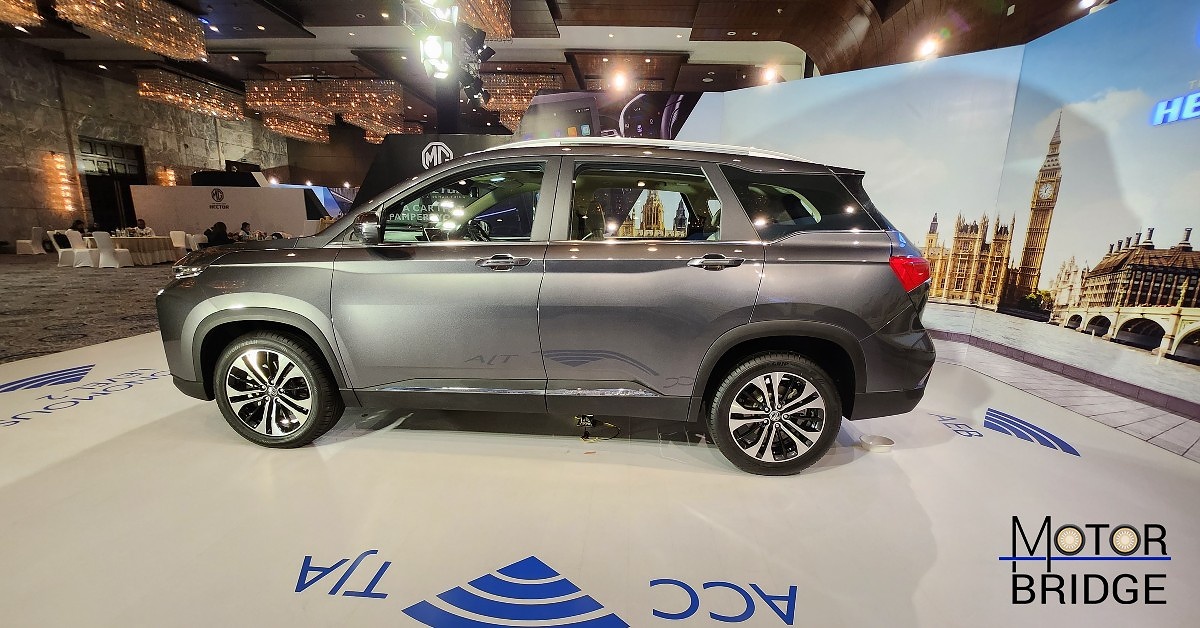 The most significant upgrade on the 2023 MG Hector facelift is the Autonomous Driving Assistance System (ADAS). This upgrade has been long due considering it’s already present in the MG Astor and Gloster. The XUV700 was also launched with ADAS and other SUVs in the segment are quickly incorporating it. The ADAS package on the Hector facelift includes automatic emergency braking, forward collision warning, adaptive cruise control, lane keep assist, and lane departure warning. 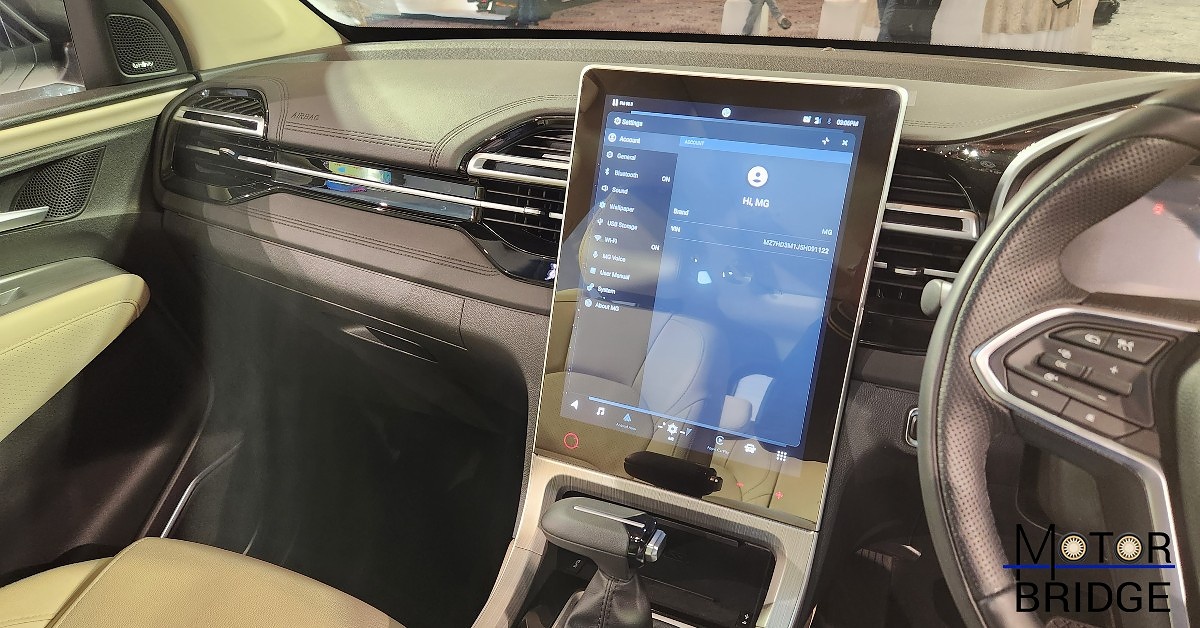 The engine of the MG Hector facelift remains unchanged and the SUV continues to be offered in two powertrain options – the 1.5-litre petrol engine and the 2.0-litre diesel engine. The turbo petrol engine can generate a maximum power of 143hp with a torque of 250Nm, while the diesel engine can churn out 170hp with a torque of 350Nm. Both engines are mated with a 6-speed manual transmission, while the non-hybrid petrol version also gets the option of a CVT automatic.

Prices for the Hector facelift will be announced in the coming days. Upon launch, the SUV will rival the likes of the Mahindra XUV700, Tata Safari, Toyota Urban Cruiser HyRyder, Maruti Suzuki Grand Vitara, Mahindra Scorpio N, Tata Harrier, Kia Seltos, and Hyundai Creta. MG will also be launching its compact EV soon.