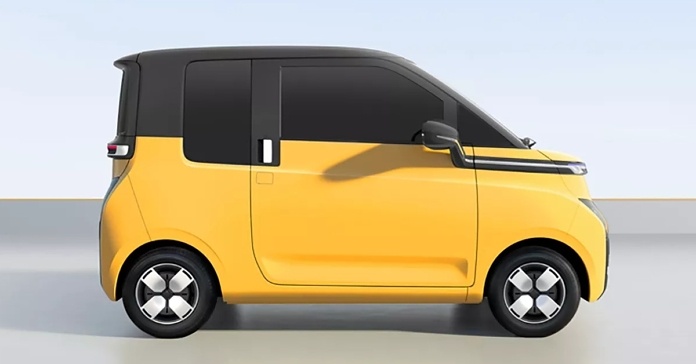 Take a look at the interiors of MG’s 2-door EV offering.

MG Motors is looking to reignite the compact EV segment in India with the launch of its MG Compact EV. Reports suggest that the 2-door EV will make its debut in AutoExpo next year, with the launch likely to be in June 2023. While the micro EV market never really took off in India, MG is looking to capitalise on its recent success with ZS EV with this new offering.

MG compact EV: A look at the interiors 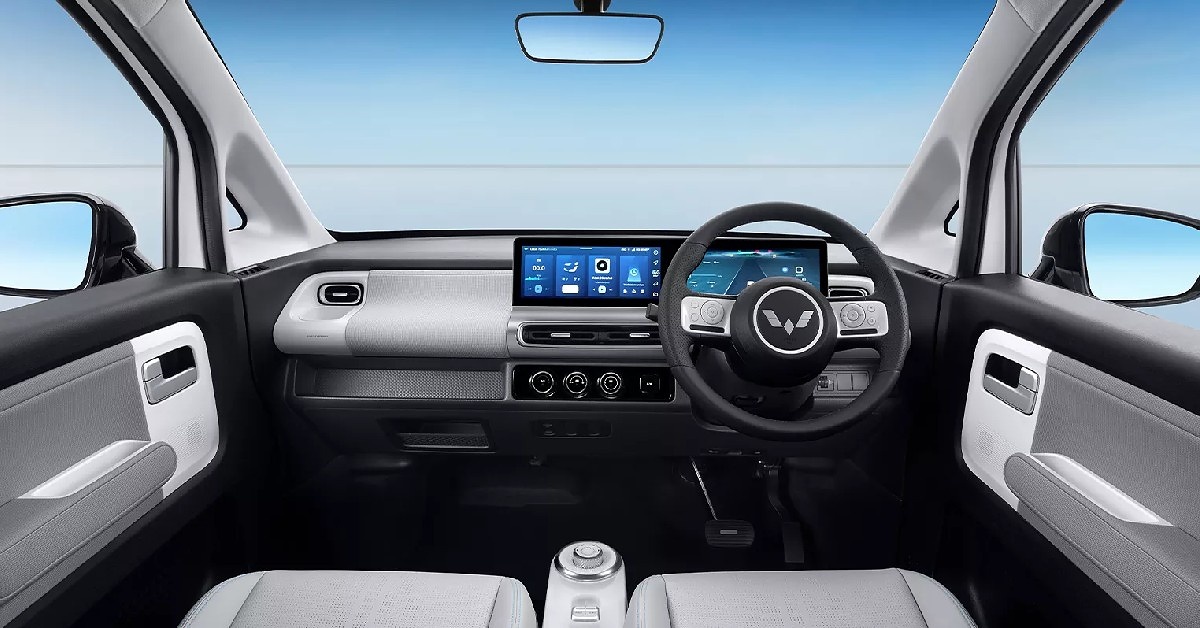 MG’s new compact EV offering is actually the Wuling Air EV that was recently launched in Indonesia. Manufactured as a part of a joint venture between SAIC (MG’s parent company), GM, and Wuling, the Chinese automaker will rebrand the EV under the MG moniker for its India launch. 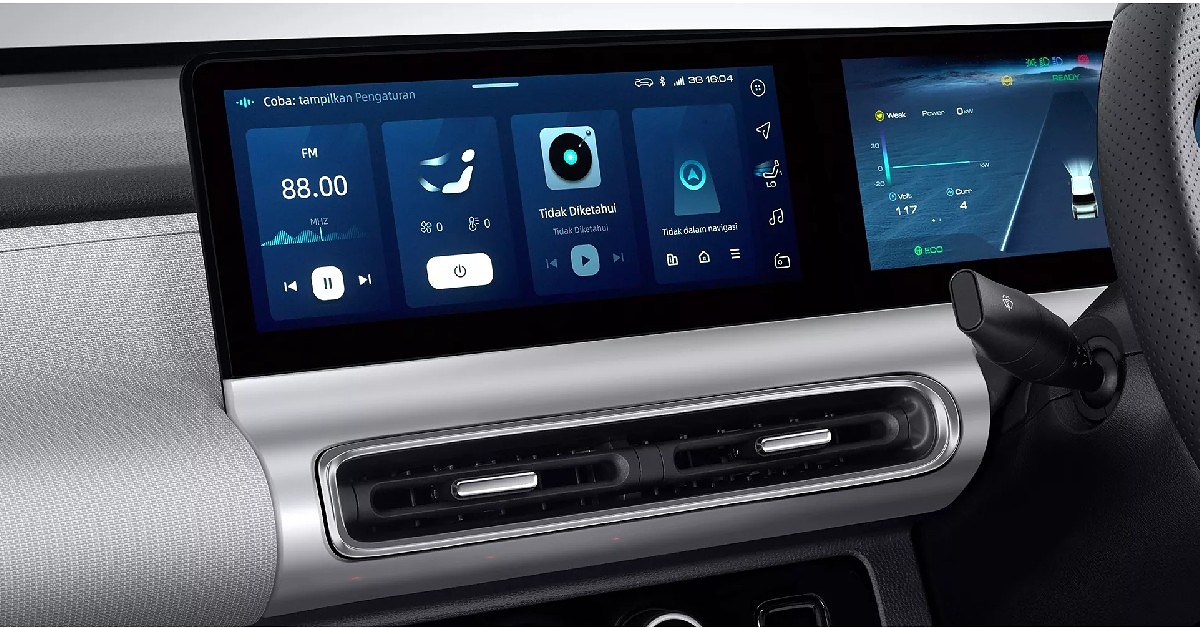 If MG leaves the Wuling Air EV’s interior unchanged, we could see two 10.2-inch screens for infotainment and instrument cluster. Sitting right below the twin screens are two horizontal AC vents with three round HVAC controls. 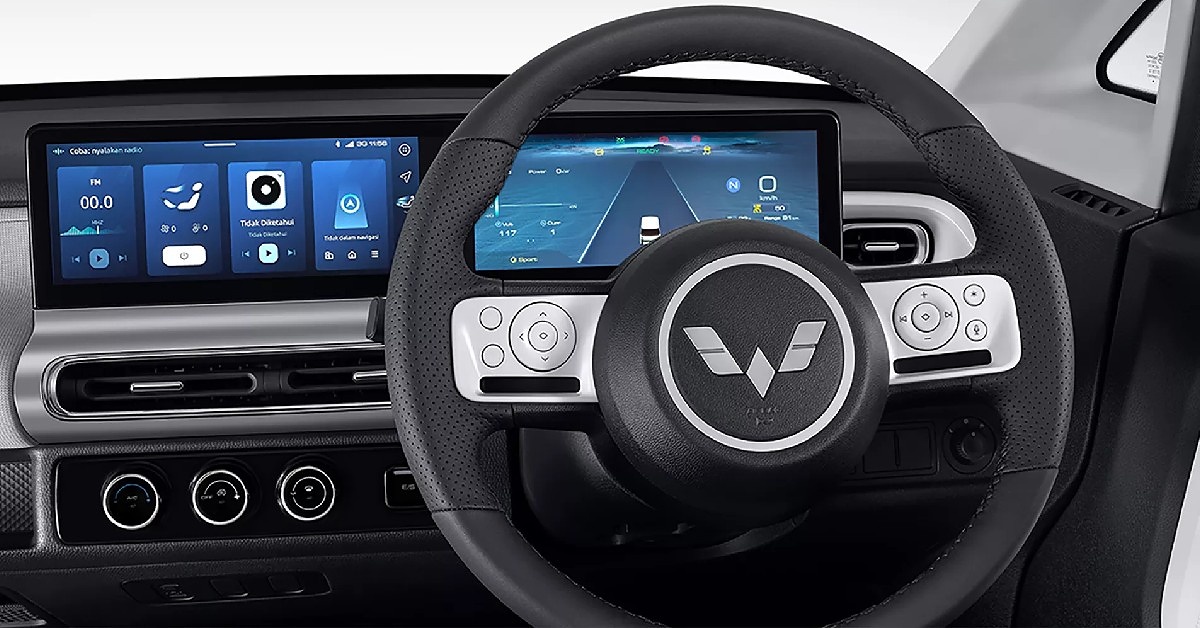 The two-spoke steering wheel is equipped with audio and navigation controls on either side. The dashboard gets a dual-tone theme, which seems to be carried onto the rest of the interiors. The detached central console comes with a rotary knob for gear selection, power window switches, and an electronic parking brake. 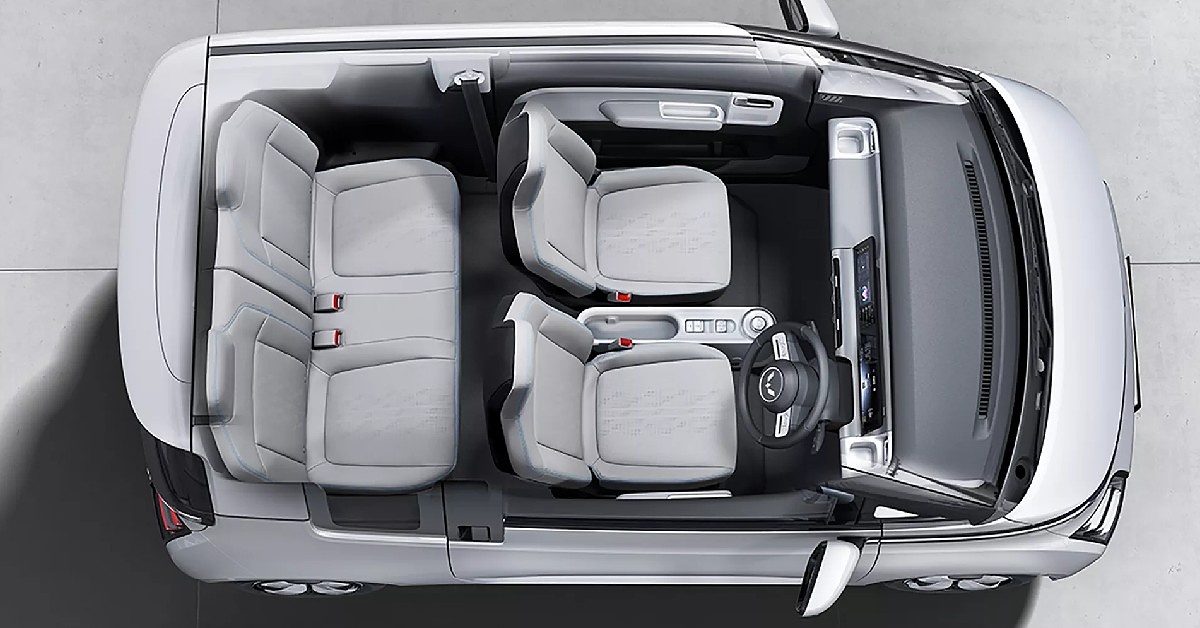 The MG compact EV will seat 4 passengers, but there seems to be plenty of legroom for rear passengers since there is no cargo space.

The Wuling Air EV is currently being offered in two variants in Indonesia. Its MG counterpart in India is expected to follow suit. The Wuling Air EV offers a range of 200km on the base model and 300km on the higher-end model. Its MG counterpart will source the battery pack from Tata AutoComp and will use LFP cells. Rumours suggest that the MG compact EV will be offered in two engine variants – 30 kW and 50 kW. While the pricing still remains up for speculation, we expect it to cost between Rs 10-13 lakh.
For the latest car and bike news, car reviews/bike reviews, and auto features follow us on Twitter and Facebook. You can find the latest gadget and tech news, and gadget reviews here.
- Advertisement -
Share
Facebook
Twitter
WhatsApp
Linkedin
ReddIt
Email
Print
Telegram
Advertisment