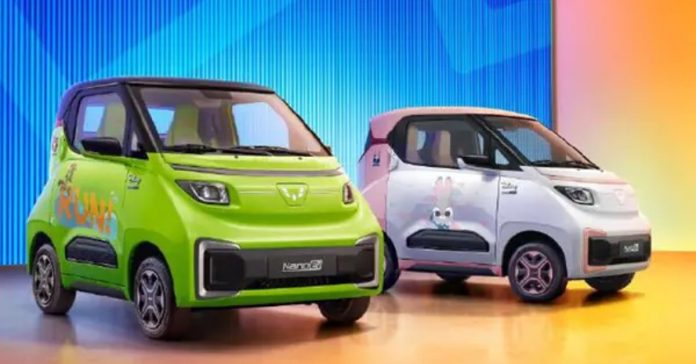 Wuling launched the world's smallest electric car. Here are details on it.

Nano has been a popular name in India because of Tata motors. Wuling Nano was released today by the Chinese carmaker Wuling HongGuang. Electric vehicles are gaining popularity and with that companies are getting innovative in making them.

Compact cars are relatively popular across the globe because of their size and less maintenance costs. This company has been in the news for quite some time now for its Mini EVs. And continuing that the company is making the headlines again with its new product called ”Nano”.

The car was introduced first in the 2021 Tianjin International Auto Show and is reportedly the world’s smallest electric car. The car looks a lot inspired by its elder sibling Baojun E200. The car has the capacity to seat two people and has a very small turning radius, which will be ideal for city usage. The car is 1,526mm wide, 1,616mm tall and 2,497mm in length. 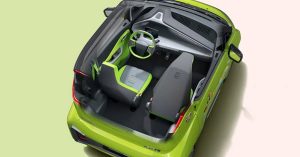 Powering the car is a 33PS electric motor that can generate a maximum torque of 85. This motor seems very slow but due to the car’s lighter weight, it can push the car to a max speed of 100 km/h. The motor draws its power from a 28kWh lithium-ion battery, which is IP67 certified. These batteries are placed just below the passenger’s seat.

According to the company the car supports fast charging and can be charged completely in 4.5 hours using a 6.6 kW AC adapter. Consumers can also use a regular 220-volt wall charger to charge the car in 13.5 hours. Once the car is completely charged it can give a range of 305km, claimed by the company.

The EV also gets some latest features like electronic stability control, tyre pressure monitoring system, electronic brake-force distribution and reversing radar. In addition to these, it also gets a keyless entry and 7-inch display. When it comes to safety, the company made no compromise and paired the EV with an insulation fault alarm and short circuit protection for the battery.