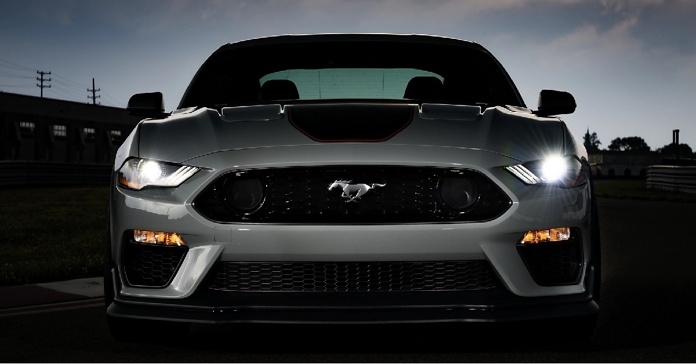 Next-gen Ford Mustang to be unveiled on September 14

The seventh-gen Ford Mustang will retain the famous V8 engine but can be offered in a hybrid variant.

Ford is ready to take the wraps off its seventh-gen Mustang at the North American International Auto Show in Detroit on September 14. The news was confirmed by Ford CEO Jim Farley on Twitter. Codenamed S650, the new Ford Mustang will go into production in the first half of 2023. Reports suggest that the Mustang could make a comeback in India as well.

Excited to confirm that we’ll unveil the all-new, seventh-generation @FordMustang September 14 at the Detroit Auto Show. It’s a stunning car and I’m excited to share it with the world! 🐎 #SaveTheManuals pic.twitter.com/d2kdQioBWY

Seventh-Gen Ford Mustang: What to expect?

It is no surprise that Ford will retain the iconic muscular design that has come to be associated with the Mustang. The tri-bar LED headlamps have also been retained, and along with the Mustang badge on the grille, the front fascia is immediately recognisable as exclusively Mustang. The leaked images and spy shots suggest that the new Ford Mustang could get a 12.3-inch digital instrument cluster along with a 13.2-inch infotainment screen.

The tweet posted by Ford CEO Jim Farley confirms that the Mustang will continue to be offered in manual transmission, although it remains to be seen whether a seven-speed gearbox is a part of Ford’s plans. The 5.0-litre Coyote V8 engine, which will be carried forward from the outgoing model, can generate a maximum power of 450hp and 550Nm torque. A 10-speed automatic transmission will also be offered with the new Ford Mustang. Some reports suggest that the seventh-gen Ford Mustang will be the first in its history to offer a hybrid engine, but Ford has not officially confirmed it yet.

With the North American International Auto Show scheduled from September 14 to 25, more details and specs will be revealed next month. Ford had earlier discontinued its operations in India, but the next-gen Mustang could make its way to the Indian market through CBU imports. Upon its launch, the Ford Mustang will rival Nissan Z, Toyota Supra, BMW X4, and Jaguar XF.