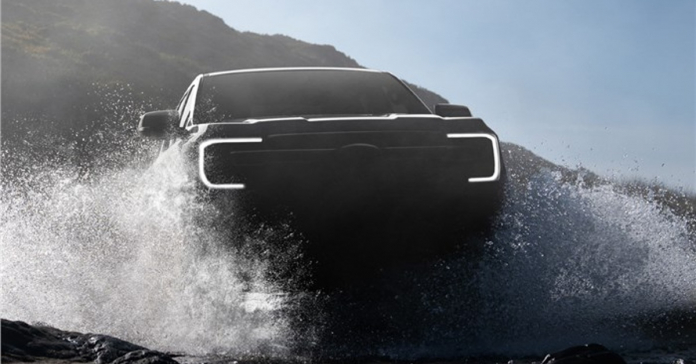 Next-gen Ford Ranger teased ahead of its launch

The company teased its upcoming Ford Ranger ahead of its launch on November 24.

Every Company pushing its pickups to the next-gen and Ford didn’t want to feel behind. The next-gen Ford Ranger was teased on the social media platform with a stunning image and giving us a glance at how the upcoming pickup will look like. The first thing that we can see in the image is the C chapped daytime running LED DRLs which is a major update in esthetics from the previous gen. The truck was teased by Ford Australia that the next-gen Ranger will make its debut on November 24.

In the teased image we can also see a larger grill along with the new DRL with the Ford logo placed in the centre following the design language of most of Ford’s pickup trucks. The new Ranger will be based on the ongoing T6 body on frame platform with some updates and tweaks. The same frame made a debut on the Bronco SUV. As the new platform is bigger it has an ample amount of space for a hybrid powertrain.

Currently in the test are Ford’s single cab, super cab and crew cab body styles in a test for its Ranger. A more powerful Raptor with a high-performance engine is under development as well. The interior will receive a revamp as well. The Ford’s SYNC 4 infotainment system will be paired with a 15.5-inch portrait-oriented screen. The instrument cluster now is a 12-inch digital unit with the support of wireless Android Auto and Apple Carplay. 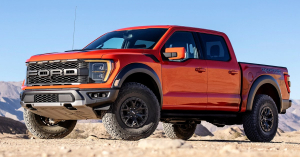 Powering the large pickup will be the same powertrain that is being used in Bronco. The expected engine will be a 2.3-litre, four-cylinder turbo-petrol which is capable of producing 270hp or a more powerful  2.7-litre twin-turbo V6 petrol capable of churning 310 hp. The smaller engine is paired with a 7-speed manual or 10-speed automatic gearbox. While the more powerful V6 variant only gets a 10-speed automatic setup.

The most powerful setup being the Ranger Raptor will be paired with a twin-cylinder V6 motor that is capable of producing mammoth 400 hp. To improve efficiency and initial pickup the Ford also planned a plug-in hybrid powertrain for the Ranger lineup as well. As for the Indian market earlier it was panned that the Raptor will be introduced in the Indian market as CBU with limited pieces to offer but now as the company has stopped the operation it’s unlikely to launch here.