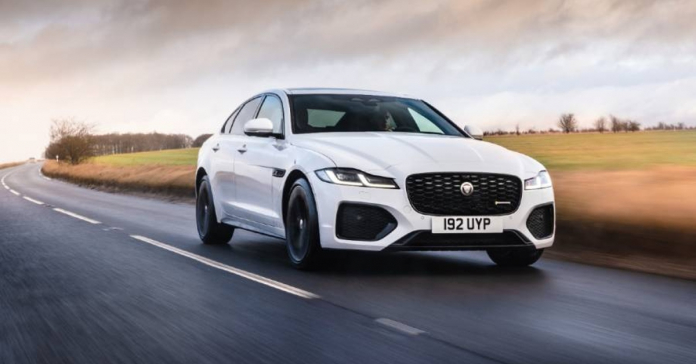 The New Jaguar XF facelift launched in India has subtle changes over the previous version.

After having great success for the previous-gen Jaguar Land Rover India has launched the 2021 Jaguar XF facelift in India. The midsize luxury sedan is still available to Indian consumers in only one R-Dynamic variant. But now you have two engine options to choose from. The first is a petrol variant starting from Rs 71.6 lakhs ex-showroom, India. The other option is a D200 mild-hybrid variant with a price tag starting Rs 76 lakhs ex-showroom, India. The other details of the car are given below.

The design of the car is mildly revised when it comes to styling and looks. The front grills of the 2021 Jaguar XF facelift sports a new design language that also doubles up in added airflow to the engine. Adding to the better airflow now the air intakes are larger on the newly mapped front bumper. The LED lights on both front and back are now similar with the Jaguar being a little smaller than of the previous gen. With the R-Dynamic package added to the car, the rear bumper looks even sportier with a larger bumper and body-coloured upper section.

There are some juicy and biggest changes in the new Jaguar XF. The new Pivi Pro infotainment system has been integrated into an 11.4-inch curved glass touch screen. The dash holding the infotainment system has been completely redesigned. The newer air vent outline which the company is following in its latest launches have been given to the new XF as well. The 12.5-inch centre console has also been updated along with the circular climate control and riding gear selector. 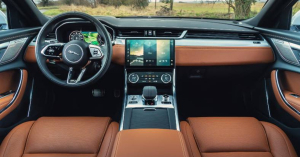 The new interior is covered with leather and aluminium inserts across the cabin. The new steering wheel looks sportier than ever before. Other features include better grab handles and bigger storage, bigger and supportive seats, a PM2.5 air filter, wireless charging and a Meridian sound system with active noise cancellation technology.

There are two engine options on offer. The newer 2.0-litre 48V mild-hybrid diesel engine puts out 204PS of max power and 430 Nm of peak torque. This lets the new Jaguar XF do 0-100 kmph in just 7.6 seconds with a top speed of 235 kmph. The petrol option remains unchanged from earlier that is the 2.0-litre unit churning 250PS power and 365 Nm torque. The more powerful petrol engine can do 0-100 kmph in just 6.9m seconds with a top speed of 250 kmph. Both the engines are paired with an 8-speed torque converter automatic gearbox sourced by ZF.

Vipul Chandwanihttps://www.motorbridge.com/
Previous article
Mercedes Benz to integrate Dolby Atmos sound system in their cars
Next article
Get your car winter-ready, 5 things you have to keep in mind