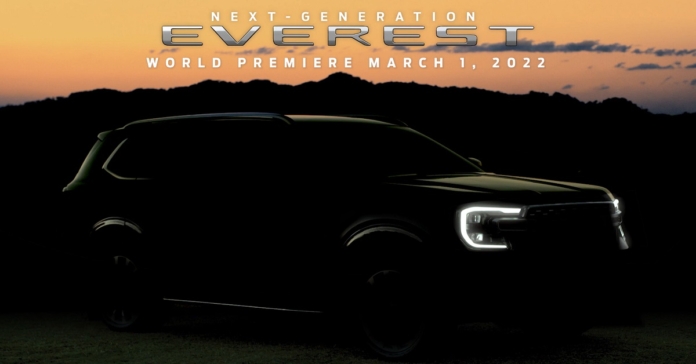 Ford Endeavour launching globally on 1st March: Everything we know about the car till now

Ford riders, here’s all you need to know about the brand new Ford Endeavour launching globally on 1st March.

As you know, Ford is one of the leading car brands in the world. In fact, it ranks within the top 5 car manufacturers across the globe. If you are an avid follower of Ford, you might already know about the upcoming launch of its brand new car. But for those riders who are not aware, we are here to provide all the information you need to know about it. Ford recently announced the global launch of its next-generation SUV model Everest on March 1, 2022.

The all-new Ford Everest is said to be the successor of Ford Endeavour in India. The design of the upcoming Ford Endeavour 2022 will be similar to its model Ranger, according to the teaser shared online.

Other than a bold and classy silhouette, although not much was revealed by the teaser of the new Ford Everest, its front-end design is expected to be an enhanced version of what the Ford Ranger offers. The new SUV sports features such as a chrome-embellished front grille flanked by headlights with C-shaped LED daytime running lamps, front & rear skid plates and inverted L-shaped tail lights at the rear end. As already revealed by Ford, the new Everest will have a 50mm longer wheelbase, providing more legroom to its occupants. 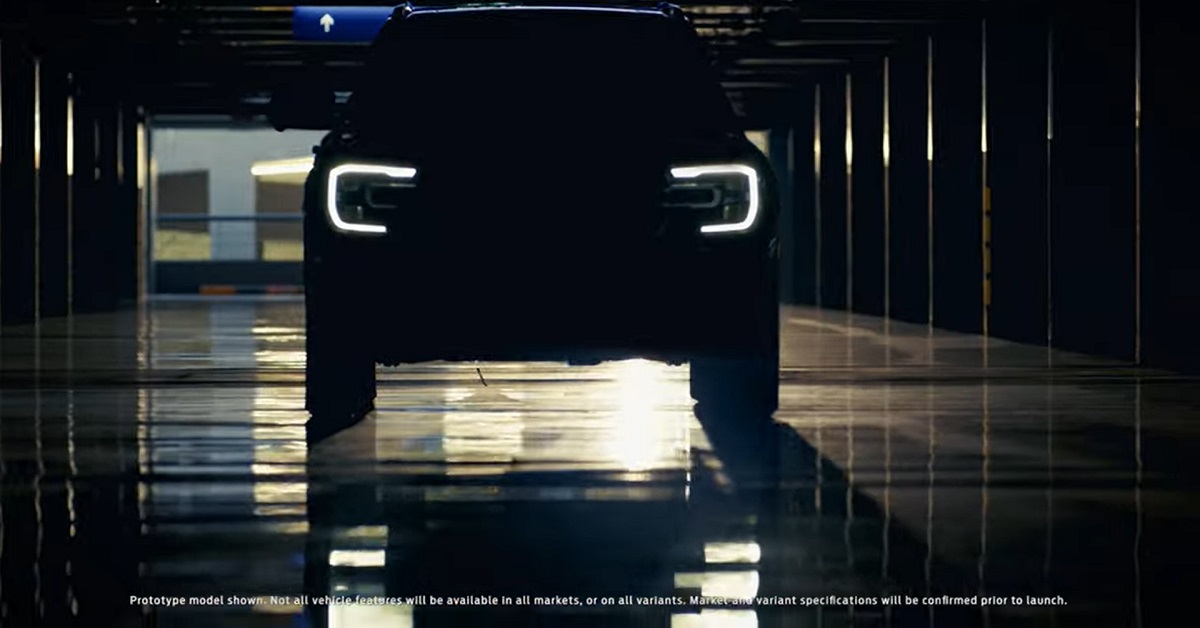 Read also: NEXT-GEN FORD RANGER TEASED AHEAD OF ITS LAUNCH

Although engine options offered are not yet revealed, it is expected that in addition to the engine choices that come with the current outgoing model, a  3.0-litre V6 diesel engine will be lined up for the upcoming Endeavour, as seen on the new Ranger. The price of the Ford Endeavour 2022 remains unknown.

Ford also confirmed that an electric version and a raptor version of its Ranger model will roll out ahead, but what remains to be seen is whether any of these overlaps with the upcoming Ford Endeavour 2022 or not.

Also, since the domestic manufacturing of Ford vehicles in India has come to a halt, the all-new Ford Endeavour 2022 is not expected to reach anytime soon in the Indian markets, as it may have to be imported instead. Do stay tuned for further specifications of the Ford Everest.

Motor Bridge Bureauhttp://www.motorbridge.com/
Previous article
2023 Toyota Innova New Gen Spied Upon: Everything You Need To Know
Next article
Top 5 Fastest Electric Cars In The World: Beating The Speed Of Light