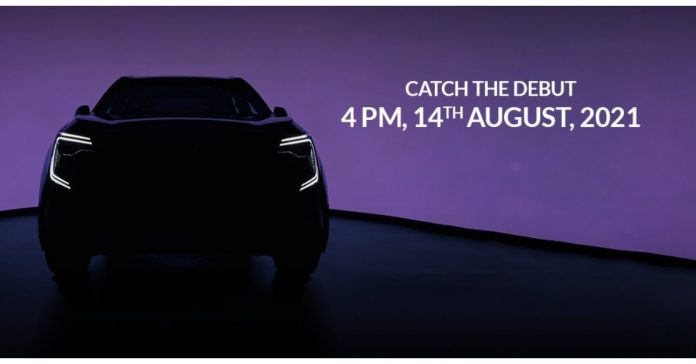 Mahinda is all set to unveil its upcoming flagship model XUV700 tomorrow and as the launch date is inching closer the automobile company layer by layer revealing the key features of its upcoming SUV car. Mahindra recently shared that its upcoming three-row XUV700 SUV will don its new logo and would be its first vehicle with Alexa Voice AI. Now the company has revealed that Mahindra SUV will bring Sony 3D sound system including a 445W 13 channel DSP amplifier and 12 speakers and a subwoofer.

The Indian Automobile company Mahindra has been aggressively teasing the key features of its upcoming Mahindra XUV700 ahead of the official unveiling on August 14. The flagship model is the most anticipated one and will be a big competitor to the Hyundai Alcazar and Tata Safari. In yet another reveal the company has shared that Sony will introduce its premium 3D sound system, powered by Sound Building Block technology, for an immersive audio experience with its new SUV. According to the carmaker, this is for the first time that its upcoming global SUV, the XUV700 will get a Sony 3D sound system that is designed and engineered by Sony’s expert sound engineers.

The Mahindra XUV700’s in-built 3D sound system is custom-made with the finest sound tuning that will give an incredibly immersive 3D audio experience through its (powerful or 445W) 13 channel DSP amplifier, 12 custom-designed speakers including subwoofer and the Sound Building Blocks technology. According to Mahindra, Sony’s 3D sound system has been precisely engineered for optimum performance, thereby ensuring unique cabin acoustics for the XUV700. This will bring a highly realistic 3D immersive spatial sound field from the stereo music source inside the XUV700. 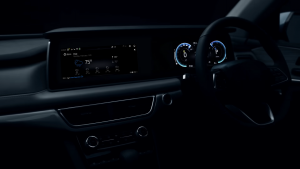 All stereo sources, be it radio, online streaming, USB or mobile phone to be enjoyed in 3D. Also, the car will provide multiple unique sound settings available to customize the audio listening experience based on the passengers.

In addition to this Sony’s 3D sound system features DSEE technology that will help in enhancing the sound quality of compressed audio files and SDVC (Speed Dependent Volume/EQ Control) for maintaining volume and tonal balance at any vehicle speed and volume to minimize the influence of outside noise.

Besides this, the Mahindra XUV700 is India’s first SUV to come with Alexa Voice AI for hands-free command integration. So the users will be able to control windows and sunroof, temperature, music, monitoring traffic and controlling compatible home devices just by their voice commands. In addition to this XUV700 will also offer offline access to Alexa in remote areas or places with low accessibility of internet connectivity. In addition, the car can also be connected with Echo devices once you reach back home.

Additionally, the new SUV will come with a new logo designed by Pratap Bose, the carmaker’s new Chief Design Officer. Mahindra XUV700 will be featuring a dual-tone interior along with a new UI called Adrenox, paired with Alexa. The car is anticipated to be powered by a 2.0-litre mStallion petrol engine with a 200 PS of maximum power. It is likely to come in a 2.2-litre mHawk diesel engine option which is capable of churning out 185 PS of maximum power.

Komila Singhhttp://www.motorbridge.com/
Previous article
Ducati XDiavel launched in India, starting at Rs 18 Lakhs
Next article
Ola Electric scooter to launch on Aug 15: Here is everything we know so far