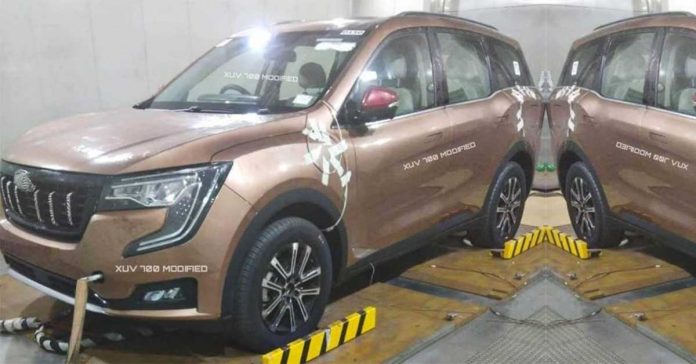 The new Mahindra XUV700 leaked in images: Reminds us of Honda CRV from certain angles

This will be the car that takes over from Mahindra XUV500.

The images of the Mahindra XUV700 have been doing the rounds for quite some time. But most of them were with the camouflage. However, the latest leak of images showcases the car in bright lights and much of the exteriors have been revealed. The news is that these have not been leaked by the company, but still is from their plant in Pune. Which makes us wonder, which little birdy leaked it?

Anyhow, these images are great, and they tell a lot about the car starting from its front to the rear. The Mahindra XUV700 façade is dominated by a large grille, with super large headlamps and DRL’s running around the edges of the bumper. The front bumper has also been carved wisely and the fog lamps have been pushed lower toward the bottom. The bronze colour suites the car well and we for one like the outlook.

The dual-tone alloy wheels seem to be 17-inches in size and somewhat look fine here, however, 18-inch ones would have been even better. But as they say, that could hinder mileage. With that, a black fairing runs along the side of the car and the bottom adding to the show. The side mirrors do have the indicators present on them and by the looks of it, they seem to be LED. 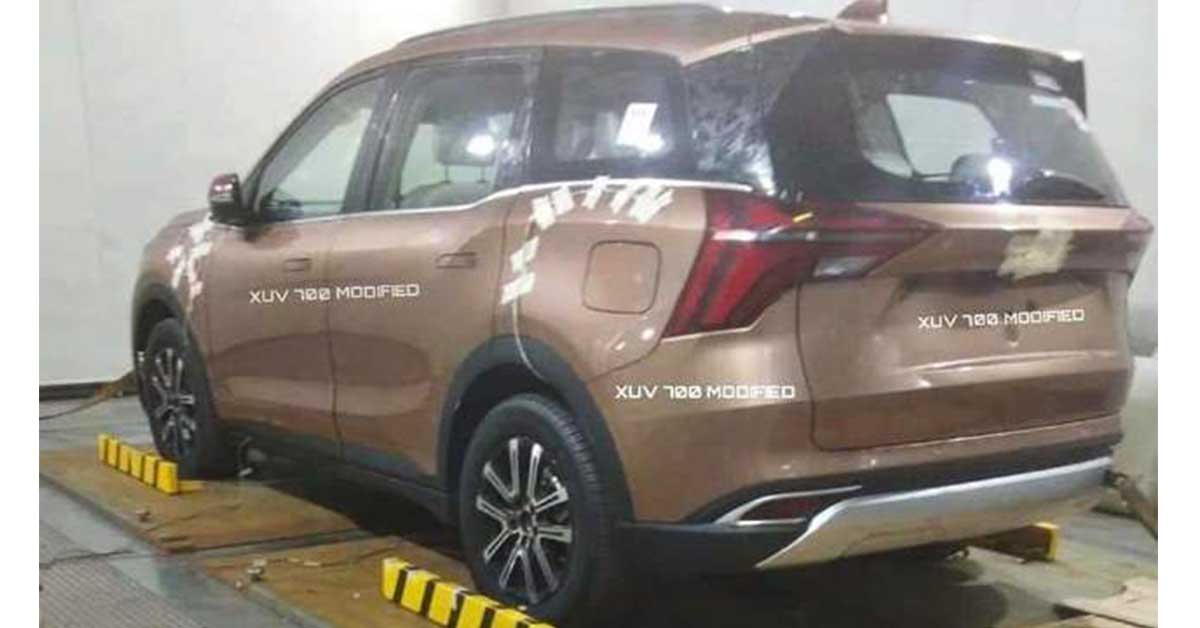 Moving to the rear of the Mahindra XUV700, the car does remind us of few other cars, especially the HONDA CRV. The large rear brake lamps swoop from the side to the back and the edgy boot door does give a lot of meanness to the rear. The shark fin antenna can be seen on top with the spoiler on top of the rear windscreen. The silver plates at the bottom add to the show and the rear looks really mean yet sporty.

By the looks of it, the Mahindra XUV700 is a seven-seater as one can see the headrests in the back as well. Which might leave less room for luggage in the boot space. Industry insiders have told Motor Bridge that the Mahindra XUV700 will come with a large touch panel display in the middle of the dash, which could be between 8-11-inches. Not much about the interiors is known. However, a lot of features from the younger sibling XUV 500 will be brought over, like the tyre pressure sensors, climate control et al.

The Mahindra XUV700 will be available in both petrol and diesel variants. An all-wheel-drive should be available, too. The price is still locked but should be competitive for the Indian market as the news pours in.

Motor Bridge Bureauhttp://www.motorbridge.com/
Previous article
Mercedes teases an all-electric E-class right before 2021 Munich Motor Show: Looks like a stunner
Next article
Auto Expo 2022 will not happen in Feb next year due to the Covid-19 pandemic