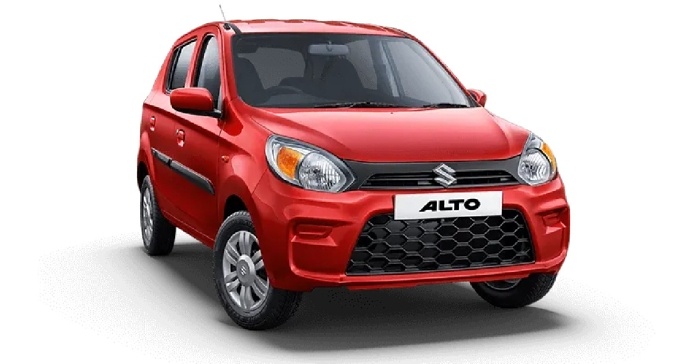 A look into the newer generation of India’s bestselling car, Maruti Alto.

Since its launch in 2000, Maruti Alto has been one of the best-selling cars in India. The hatchback is hugely popular among first-time car buyers due to its price and compactness. But in recent years, the compact SUV market has seen a tremendous rise in India, with Tata, Maruti, Mahindra, and other major carmakers offering unique crossovers between hatchbacks and SUVs. The compact SUVs have already taken a fair share of hatchback buyers, leading car manufacturers to reassess their offerings in that category. The 2022 Maruti Alto is the latest in line to receive upgrades all over and come out with a next-gen model.

After discontinuing several variants, Maruti is expected to pull Alto out of the market and introduce the new generation model. The 2022 Maruti Alto was recently spotted shooting a TVC. The spy shots that surfaced a few months back had the vehicle draped in camo, but the new images give a better look at what the new Alto will look like. The shooting of a TVC also suggests that Maruti has already started the mass production for the new Alto.

When it comes to upgrades, the 2022 Maruti Alto seems like a totally new car in comparison to its predecessor. The new design is inspired by Celerio, with chunky new tail lamps and smooth lines along the sides. The front and rear bumpers have been designed as well, with the front end receiving a larger redesigned grille. And while the official specs haven’t been released yet, the 2022 Maruti Alto looks significantly bigger than the outgoing model. Maruti is certainly looking to attract buyers from the crossover-SUV segment.

Inside, the 2022 Maruti Alto will flaunt a redesigned dashboard, a touchscreen infotainment panel, keyless entry, parking sensors, power windows and more. These upgrades were essential for Maruti to market Alto to new buyers.

The 2022 Maruti Alto is expected to launch next month, with further details about the vehicle being made available as we get closer to the launch date. Prices are expected to start around Rs3.70 lakh, rising to Rs 5.30 lakh for higher variants. The launch of the 2022 Maruti Alto also comes at a time when the Indian Govt. is considering mandating 6 airbags under a new safety regulation. This could significantly affect the price of the new Alto.