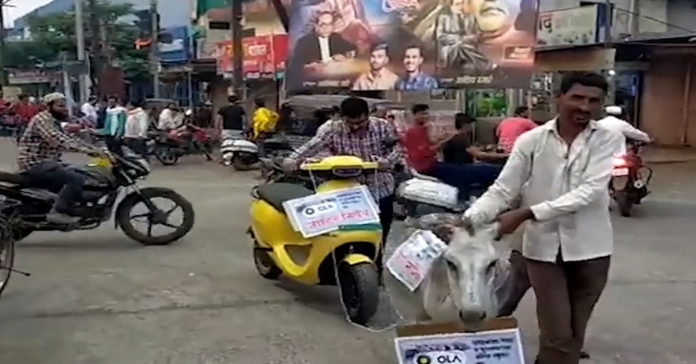 Sachin Gitte Ties His Two Wheeler To A Donkey And Parades It Around Town: Mocks The Manufacturer

Masked behind the funny mockery lie some serious issues that the entire two-wheeler EV industry faces.

In an attempt to protest against the two wheeler EV manufacturer, Sachan Gitte, from Maharashtra’s Beed district, tied his Ola electric scooter to a donkey and paraded it around town with posters and banners. The never-seen-before kind of protest was made when the Ola electric scooter that the man bought shut down only after a few days. The crux of the protest was his distrust of the company, from which he didn’t receive any satisfactory response.

The electric two-wheeler reportedly stopped working just 6 days after it was bought by Mr Gitte. Although a mechanic was sent to check the issue, no one came to fix the electric scooter from the company even after his complaint. It clearly demonstrated negligence on the company’s part. A number of calls were also made by Mr Gitte to the customer service. However, there was no specific remedy sent. 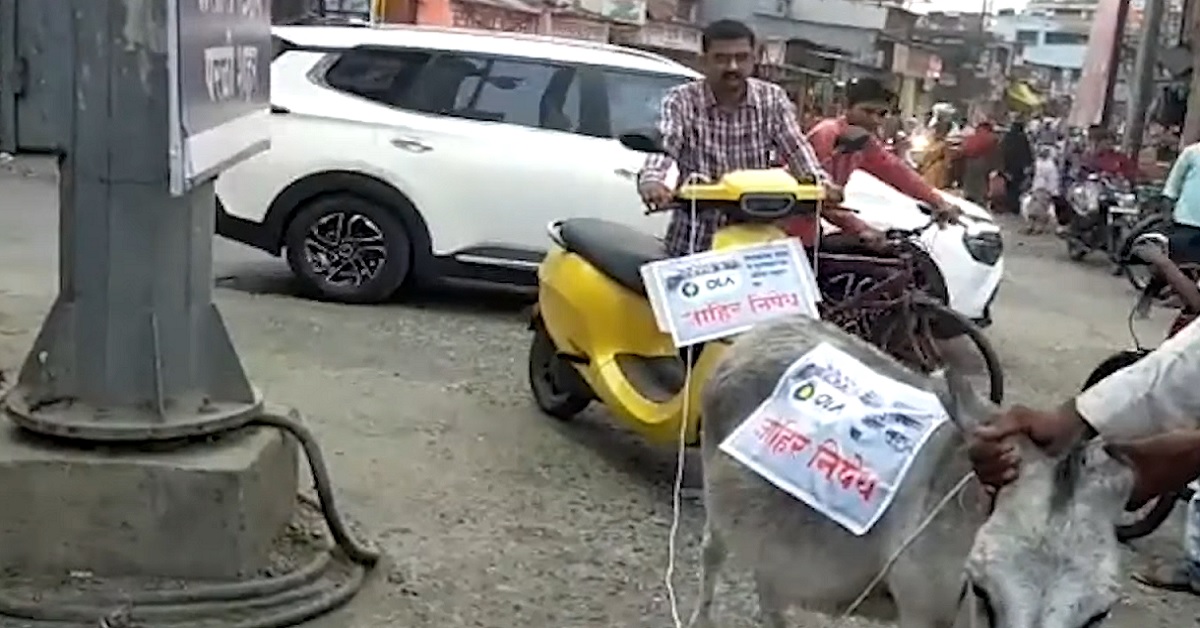 As a result, the frustrated Mr Gitte tied the scooter to a donkey and paraded it across the town. The banners he carried stated Ola to be a fraudulent company and urged people not to buy two-wheelers from it. The protest caused a stir in Parli and has since gone viral on the internet. A clip was shared on Instagram by a local news channel showing the donkey pulling the electric two-wheeler.

The news comes after numerous electric scooters were reported to have caught fire in the scorching summer heat of India last month. Amongst these was an Ola S1 Pro electric scooter model as well. While the primary issues that the electric two-wheelers have been reportedly facing these days include thermal runaway, the one that Mr Gitte had to face is a completely new one in the game. 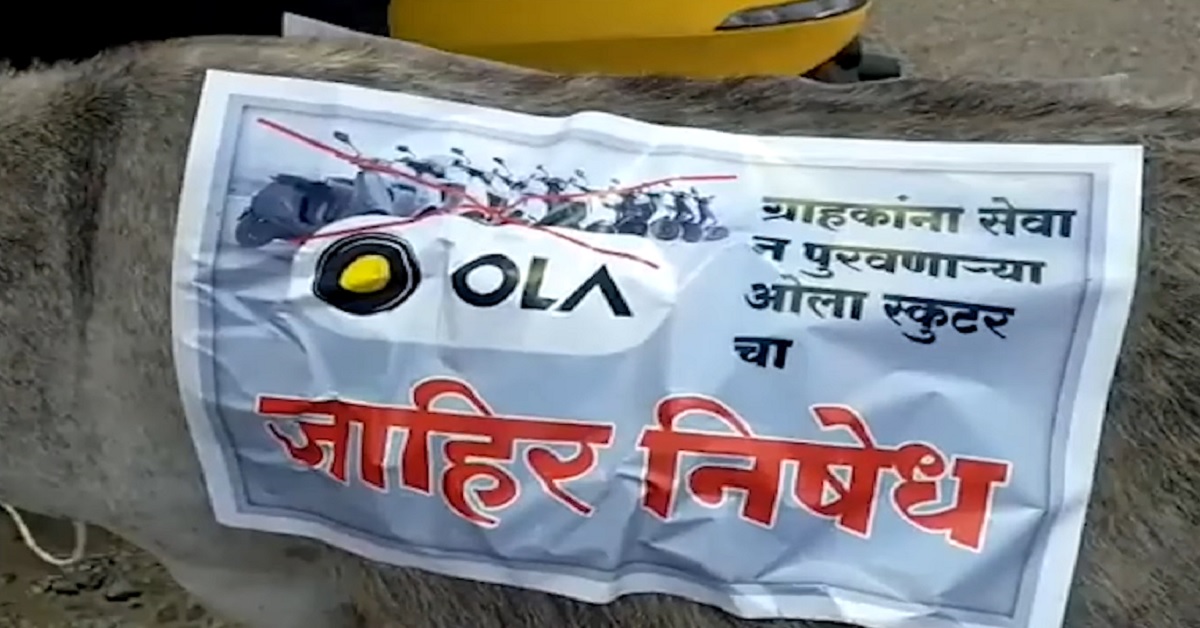 As if the big question mark on the global EV safety was not enough, the existing and potential EV customers now have to deal with this new callous attitude of EV manufacturing companies.

In the Indian markets, customers are given the status of gods. If this is the kind of care that a customer receives, mockery and disrespect are bound to come along without a doubt.