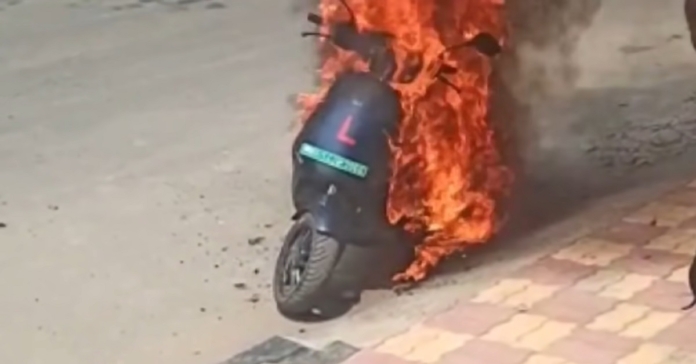 Not just a boom in sales, the electric vehicles industry is also witnessing a rise in the number of fire incidents globally, questioning the safety of EVs.

A blue coloured Ola S1 Pro electric scooter caught fire in the Lohegaon area of Pune two days ago, questioning the safety of electric vehicles again. In the video that went viral, the scooter is seen parked alongside a road in what appears to be a commercial area, that suddenly catches fire and within minutes gets completely engulfed in it. A thermal runaway is being claimed as a possible reason for the incident to have taken place. The company mentioned in their statement that an investigation to determine the root cause of the incident is being carried out from their side.

A thermal runaway is an uncontrollable exothermic reaction that can occur inside a lithium ion battery in case it is damaged or short-circuited. Due to overheating, the internal temperature and pressure within the battery rises at a quicker rate than can be dissipated, making it catch fire. But what is even more dangerous is that once one battery goes into a thermal runaway, the batteries adjacent to it are also at the risk of going into the same, paving way for the possibility of an even bigger explosion. Moreover, these types of fires cannot be extinguished via water or even a couple of fire extinguishers, and hence, cannot be controlled by a single individual.

This is not the first incident in India in which an electric scooter catches fire. According to Economic Times, at least half a dozen instances have emerged in the last six months, involving scooter models of Pure EV and Okinawa. However, the S1 Pro Ola electric scooter fire incident is said to be the most high profile case up till now. 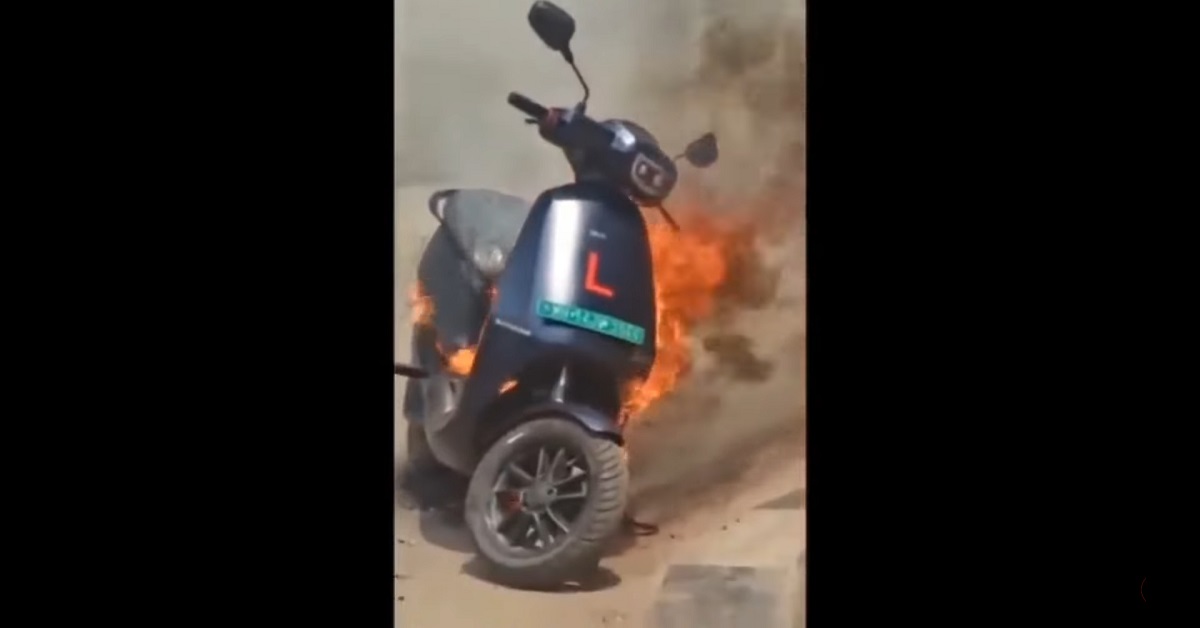 The exponential growth of the EV market segment across the globe is something that has been much more prominently visible lately, especially in the two and three-wheeler EV segments, which is expected to constitute up to 80% of the EV market in India by 2026. Every new electric vehicle range that is being launched in the global markets is powered up by a lithium ion battery. However, with the rise in sales of the number of electric vehicles, there has also been a gradual increase in the number of fire incidents across the globe.

The Ola S1 Pro electric scooter fire incident has definitely instilled a sense of fear in customers who own or look forward to owning an electric vehicle in the near future. However, the elephant in the room, i.e., the safety of electric vehicles is a big question mark that remains unresolved as of now.