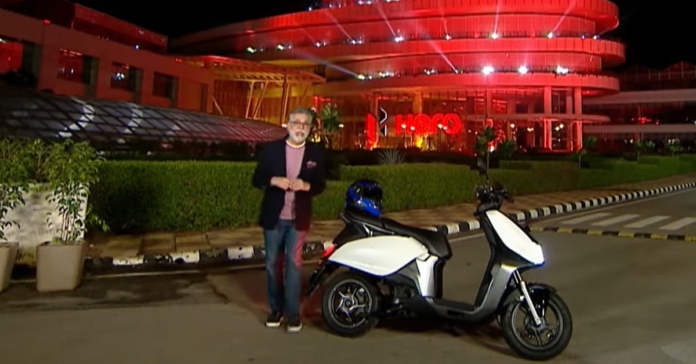 Hero MotoCorp, the largest manufacturer of two-wheelers in India, enters the electric two-wheeler segment with its brand Vida.

Hero MotoCorp enters the electric two-wheeler segment with the launch of its new brand Vida, according to its Tweet today. The first-ever Hero electric scooter is set to debut under the brand Vida on 1st July 2022.

The two-wheeler segment took about 82% of the market share in the Indian automobiles industry in the fiscal year 2021. According to Statista, in the financial year 2021, about 15 million units of two-wheelers were sold across India in total. The figure decreased from the previous year’s 17 million units. Hero MotoCorp is not just India’s largest manufacturer of two-wheelers, but that of the entire world.

The auto giant leads with the largest share in the two-wheeler industry in India, at 37.04%. In 2021, it sold about 5.8 million units across India. And now, the market leader has set eyes on the electric vehicle segment, launching its all-new Hero Electric Scooter in July 2022. 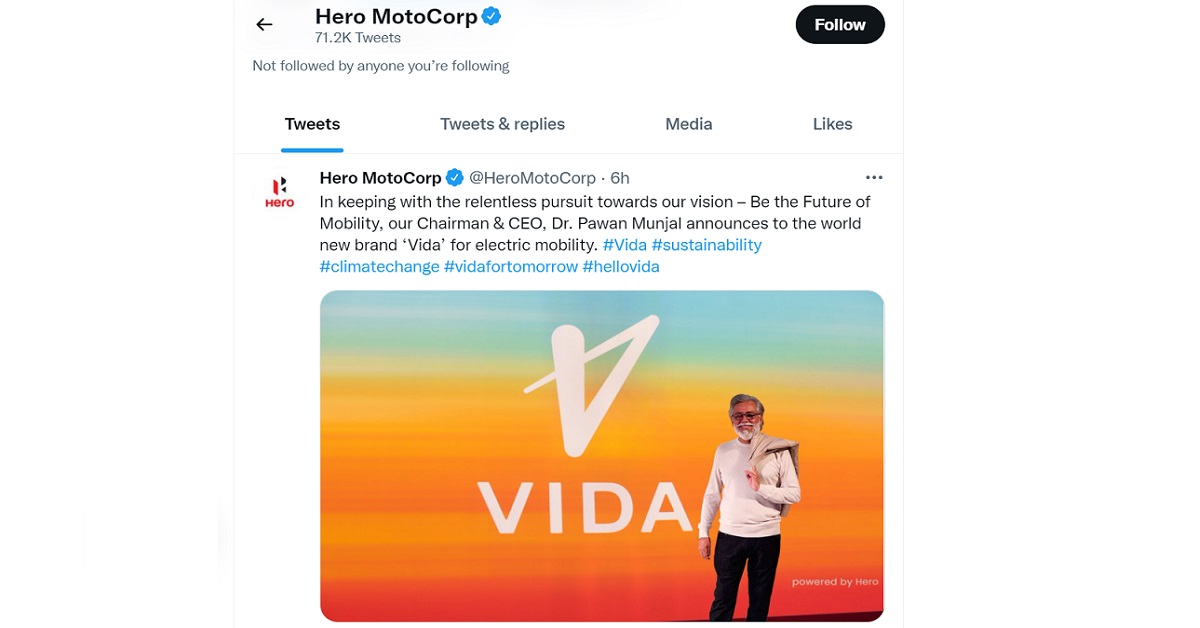 Read also: GRETA GLIDE E-SCOOTER WITH UP TO 100KM RANGE LAUNCHED IN INDIA

The new Hero Electric Scooter will reportedly be manufactured at the company’s Green manufacturing unit in Chittoor, India. Its launch date, scheduled for 1st July 2022, coincides with the birth anniversary of Dr Brijmohan Lall, the Chairman Emeritus of Hero MotoCorp.

The company also released a teaser of the electric scooter a while ago. Sporting a black and white colour theme, it was seen featuring a fly screen, a curved body with a detachable pillion seat, 12-inch front and 10-inch rear alloy wheels that are black in colour. Further details about the electric two-wheeler are yet to be revealed.

The immediate brands that the Hero Electric Scooter will compete with include the Bajaj Chetak and TVS iQube. It is expected to be priced below Rs 1 lakh.