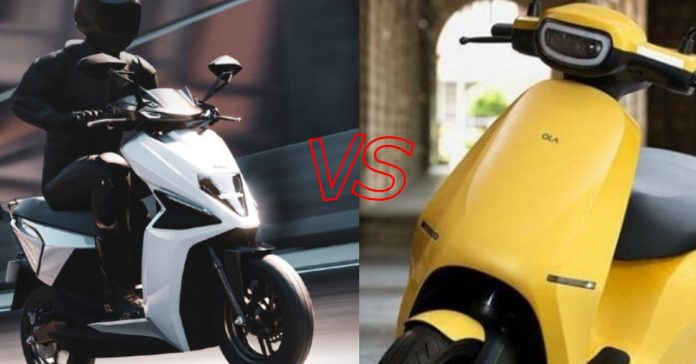 Ola S1 Vs Simple One: Which we think can win the race

Comparing these two scooters in all aspects to make your buying choice easy.

Every company is planning to jump or has jumped into the electric segment. As we know electric is the new future of auto and thus now we as consumers are getting tons of options to choose from. Both OLA Electric and Simple energy recently launched their new EVs. OLA came up with two options to choose from the S1 and S1 pro. On the other hand, Simple energy launched ‘One’ as their first scooter. Now the question is with both the companies to offer good features, which one is better for you. This side by side comparison will help you decide which one to buy.

Ola has 2 scooters, S1 and S1 pro which are priced at Rs 99,999(ex-showroom) and Rs 1,29,999 respectively. Simple’s One is tagged in the middle of both costing Rs 1,09,999 (ex-showroom). These scooters might look like they are costing a lot but in this case, the government has got you covered. The government of India provides you with a subsidy on buying an electric vehicle. Also, Consumers will save a lot of money in charging as compared to filling fuel of which prices are rocketing.

This segment was dominated by Arther for a long time but these competitors have raised the bar higher than expected. OLA S1 claimed the range of 121Km in one full charge with its non-replaceable 2.98kWh battery. S1 pro being the elder sibling comes with a bigger battery of 3.97 kWh batteries and claims a respectable 181km of range.

Simple One got released a few days after OLA scooters and broke the records of range with a claimed maximum range of 236 km in IDC and 203 km in eco mode, which is a lot higher than OLA scooters. 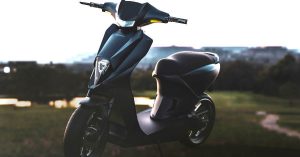 Read Also: THE NEW I20 N LINE BY HYUNDAI LAUNCHED IN INDIA

Charging time is something that matters a lot in day to day riding patterns. It’s really impossible for EVs to simply get to the nearest refilling station and get a quick top up. Although the charging time claimed by both the companies are decent.

Ola S1 and S1 Pro will take an estimated time of 4.48 hours and 6.30 hours (respectively) of time to charge completely with the home charger provided by the company. Although both scooters can fast charge at a hyper station, which can charge both scooters from zero to 50% in just 18 minutes.

The Simple One is quite good when it comes to charging. One comes with a 7Kg removable battery pack that can be charged with a home 15 A socket in 2.5hours for 80% battery capacity. This scooter also supports fast loop charging that charges the vehicle rapidly to provide a 2.5 Km range in just 60 seconds.

The Simple Energy One 7kW motor belts out 72Nm of peak torque, which is pretty good for a scooter and can touch top speeds of 100Km as claimed. The scooter comes with 4 modes which are Eco, Ride, Dash and Sonic.

Both the OLA siblings share the same motor of 8.5kW producing a peak torque of 58Nm. Although the S1 feels a little quicker as it’s a bit lighter than the S1 pro both producing a peak torque of 58Nm. Even though their top speeds differ as S1 maxes out at 90kmph  where the S1 pro reaches a top speed of 115kmph. Both have 3 riding modes which are Normal, Sport and Hyper. 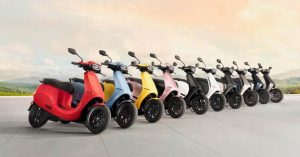 Read Also: 5 TIPS FOR BETTER CARE OF YOUR CAR TYRES

Both the scooters are packed with new technology and exciting features. OLA scooters have no keyhole rather it pairs with your smartphone and unlocks with the digital key feature. It works just like the keyless entry feature in cars. The scooter has an all-LED setup with multiple microphone arrays and a big 7-inch touch screen. The touch screen is smart and supports a lot of features with AI speech recognition. The scooter is also packed with an anti-theft alarm, a battery that is water, dust resistant and flame retardant. OLA also supports geofencing.

When it comes to Simple One it’s also not far behind. The scooter is 4G enabled with a 7-inch touch screen with all the similar features like Bluetooth connectivity, geofencing, over the air updates and on the screen navigation system. After connecting your phone with the scooter you can also access your music as well as attend a call from your scooter’s screen itself.

Both scooters look really interesting on paper and this guide will surely help readers to decide which electric scooter is better for them. Also, Simple one is available in 4 colours for 13 states for now on the other hand OLA is available to book Online and is available in 10 colours to pick from.

Vipul Chandwanihttps://www.motorbridge.com/
Previous article
The new i20 N Line by Hyundai launched in India
Next article
When should you get your car serviced: A complete walkthrough