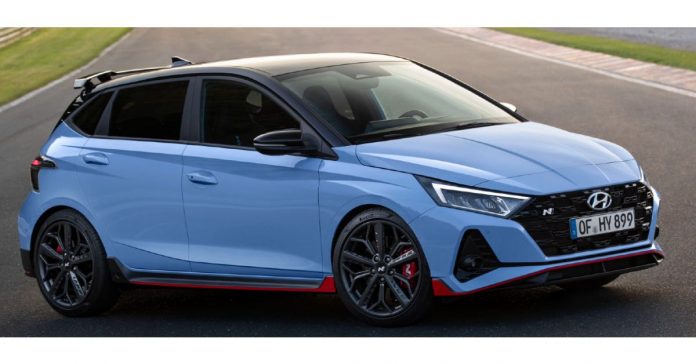 The new i20 N Line by Hyundai launched in India

Hyundai released its N lineup in India. Here is everything you need to know.

After many leaks and rumours. Finally, Hyundai released its first N lineup car in India. The car manufacturer decided to go with the i20 for this segment. For now, the car is available only in 188 Signature Hyundai showrooms across 97 cities in India. N branding states for Namyang R&D centre in South Korea. It’s the place where Hyundai does R&D for their N series lineup. We can see that Hyundai has done a tremendous job on the i20N. It has performance enhancements under the hood and enhanced looks to make it look sporty. Here is everything we know currently of this performance hatchback.

Exterior of i20 N

Inspired by its N series siblings, i20 N also shared exterior and interior designs. The car has a sportier looking bumper with a little chin coming forward. The black cascading grille holds the N badging letting others know it’s no ordinary i20. On the side view, we can see side skirts with a sporty design and privacy glass. New bespoke 17-inch alloys enhance the side view of the car. At the rear, we can see another N badging with redesigned bumpers and dual-tip exhaust. A little spoiler can be seen as well on the top of the rear end of the car. 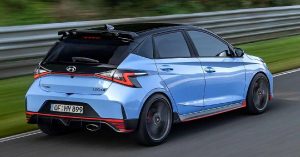 The car flaunts the N badging all over the interior. We can see the branding on all the seats with red border stitched leather covers, Branded leather steering wheel which feels premium and on the gear lever as well. The car has all LED setups with daylight DRLs. The dash houses a 10.25-inch touch screen infotainment system with all the smart features. The system supports Android Auto, Apple Carplay along with Hyundai’s Blue Link telematics. The steering wheel is equipped with all standard controls such as voice and volume controls.

The car is equipped with a single turbocharged petrol engine. The engine is a 1.0-litre GDi unit that produces 182bhp of power and churns out 172 Nm of peak torque. This engine can make the car go from 0-100 Kmph in just 9.9 seconds. Hyundai i20 N will be available in both 7-speed DCT and 6-speed iMT units.

Read Also: 5 TIPS FOR BETTER CARE OF YOUR CAR TYRES

The company also announced that they will be releasing other N lineup cars as well after seeing the demand for i20 N. We are really excited for the release of the full-fledged international N series variant of i20 N with more power and torque. It was rumoured that the company may import only limited pieces for selective enthusiasts. The price of the car will be released in the first week of September 2021. The car can be pre-booked with a token amount of Rs. 25,0000 on the selective showrooms.

Vipul Chandwanihttps://www.motorbridge.com/
Previous article
Yamaha MT-15 MotoGP edition launched in India
Next article
Ola S1 Vs Simple One: Which we think can win the race