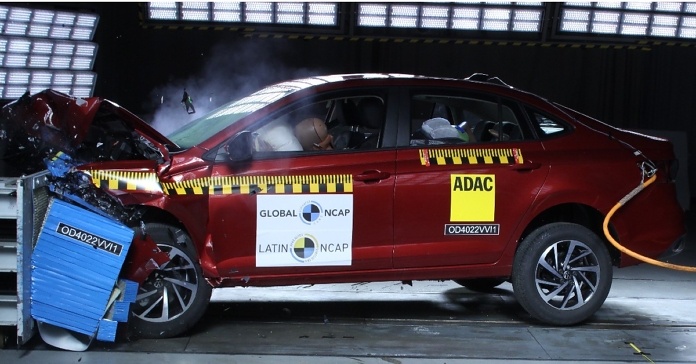 The Mexico variant of the Virtus is manufactured in India.

India-made Volkswagen Virtus has received a 5-star rating at the latest Latin NCAP crash tests. The compact sedan is manufactured in India and sold in the Mexican market. The Latin model of the Virtus offers six airbags and ESC as standard but the Indian-spec version offers those safety features only on higher variants. Here’s how the sedan fared in the tests. 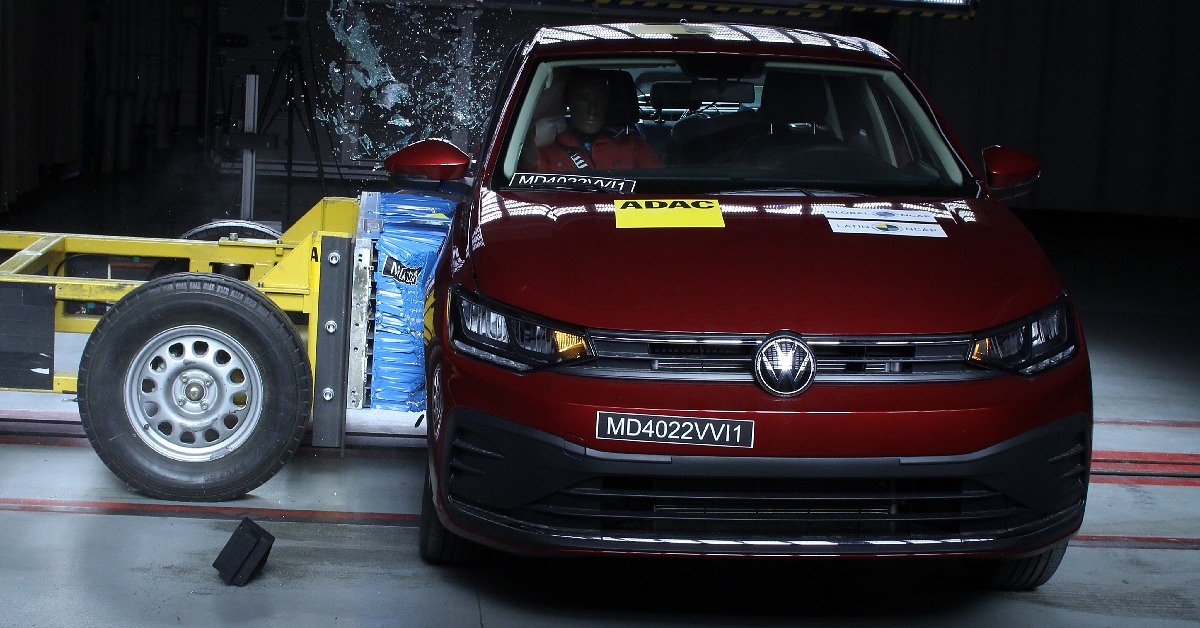 However, in the pedestrian and vulnerable road users tests, Virtus scored only 53%, receiving 25.48 points out of a possible 48. In the safety assist systems test, the sedan scored 36.54 points out of 43, which amounts to an 85% rating.

While the Latin-spec variant of Virtus may have received a 5-star rating at the Latin NCAP tests, the result does not apply to its Indian version. This is because the Virtus sold in Mexico comes with 6 airbags and ESC as standard across all variants, but the Indian model offers only 2 airbags as standard on the base variants. Buyers get the option of 6 airbags only on the higher variants. Buyers in Mexico also get the option to include Autonomous Emergency Braking in the safety package of the Virtus, but the Indian spec entirely misses out on that feature. 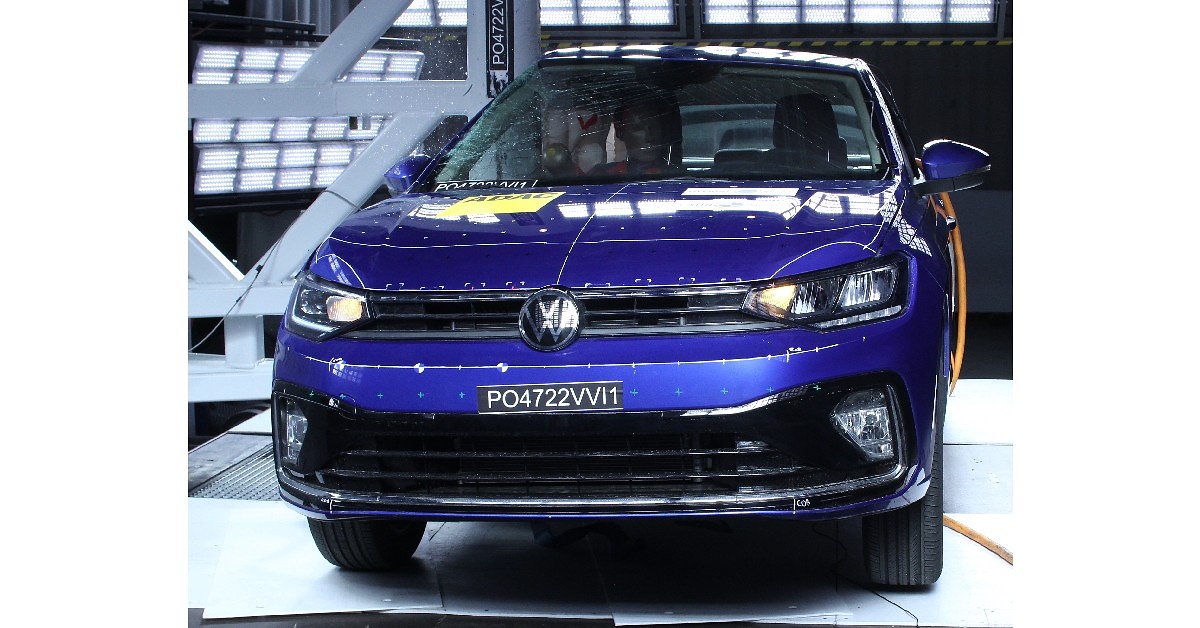 There are some cosmetic changes on the Mexico-spec Virtus as well. The sedan features different headlamps and comes with 17-inch alloy wheels instead of the 16-inch alloys in the Indian version.

The Indian spec of the Volkswagen Virtus will be tested at the upcoming Global NCAP safety tests. Earlier, Volkswagen Taigun and Skoda Kushaq scored a 5-star rating at the GNCAP. Taigun and Kushaq are based on the same platform as Virtus, and it is expected that the latter will receive a similar score. In India, Volkswagen Virtus rivals Honda City, Hyundai Verna, Skoda Slavia, and Maruti Ciaz.