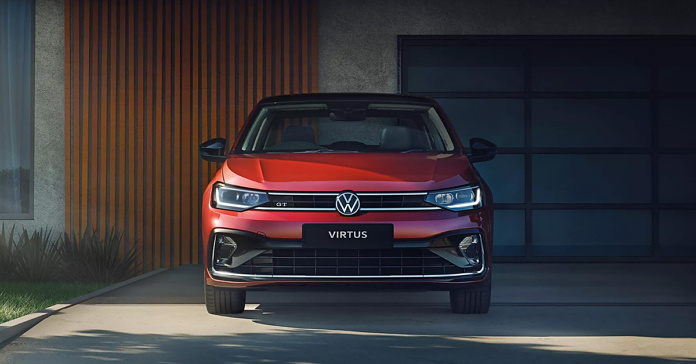 The all-new Volkswagen Virtus comes with a sleek but bold silhouette, along with a range of trims differing by their powertrain specs.

The much-awaited Volkswagen Virtus has finally been launched in the Indian markets today. The mid-sized sedan sets foot in the country three months after its global unveil in March this year. The VW Virtus price in India starts from Rs 11.22 lakhs (ex-showroom) and goes up to Rs 17.92 lakhs for its highest-spec trim.

Production of the premium sedan began in late March at Volkswagen India’s Chakan facility near Pune. The 2022 Virtus is being offered in two variants, Dynamic Line and Performance Line. The Dynamic Line further offers three trims, Comfortline, Highline, and Topline, while the top-spec Performance Line offers only one GT Line variant. 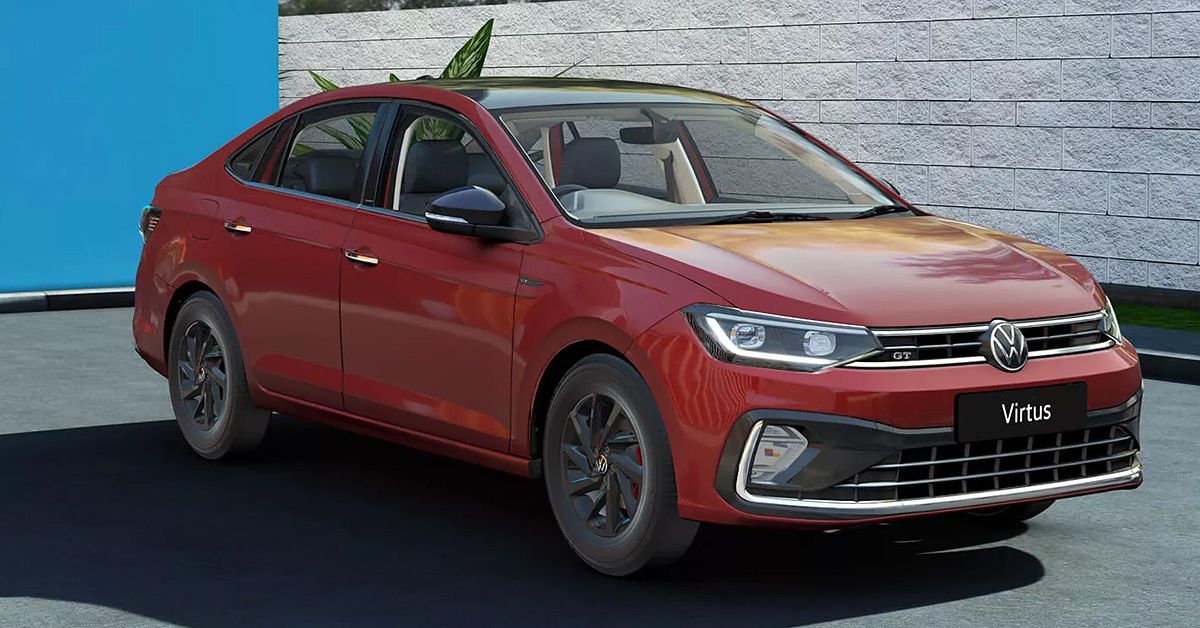 Read also: VOLKSWAGEN TAIGUN GETS FEATURE UPGRADES, PRICES HIKED BY UP TO 4%

The new Volkswagen Virtus comes with segment-leading dimensions. It comes with an overall length of 4,561mm and a wheelbase of 2,651mm, making it the longest sedan in its segment. Its exteriors have been given a minimalistic look, and reflect elegance and class. From the face, it flaunts a double-slit front grille with a chrome strip, flanked by sleek LED headlamps and daytime running lamps. A muscular bumper is followed by a large and wide air dam, giving it a bold look. The car comes riding on 16-inch alloy wheels.

The premium features and equipment that the new Virtus interiors come loaded with, add to its sophisticated character. These include a 10-inch touchscreen infotainment system, electric sunroof, ventilated front seats, six airbags, TPMS, electronic stability control, ABS with EBD, and much more.

The VW Virtus Dynamic Line variants are powered by a 1.0L TSI three-cylinder turbocharged petrol engine, delivering 113bhp and 175Nm of peak torque. The engine is mated with a 6-speed MT and a 6-speed AT gearbox. The automatic transmission is reportedly available with the Highline and Topline trims only while the manual transmission is available with all models. 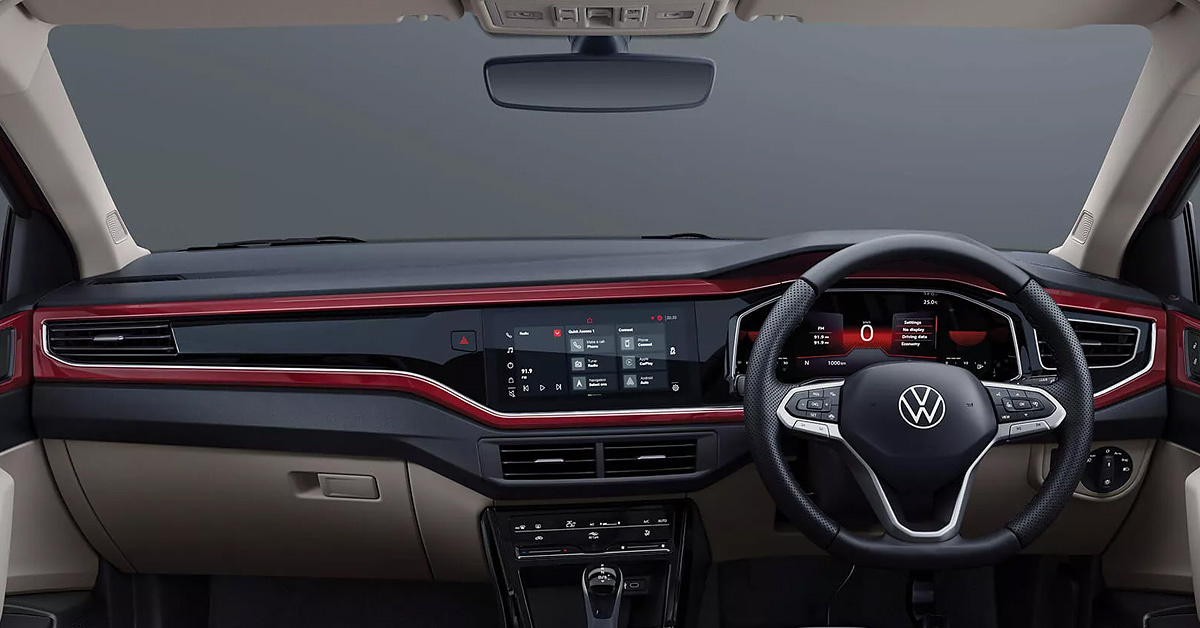 Speaking of the Performance Line, it sources power from a 1.5L TSI four-cylinder turbocharged petrol engine. It delivers 148bhp and 250Nm of torque. The engine is mated to a 7-speed DSG automatic transmission. Both the product lineups get engine start/stop function, while the GT Line also gets Active Cylinder Deactivation Technology.

The Volkswagen Virtus is based on the MQB A0 IN architecture, which also underpins the VW Taigun as well as the Skoda Slavia and Skoda Kushaq. The Virtus Comfortline MT model is priced at Rs 11.22 lakhs and the Highline MT at Rs 12.98 lakhs (ex-showroom). The Topline MT Virtus price has been set at Rs 14.42 lakhs. The Highline AT and Topline AT variants are available at Rs 14.28 lakhs and Rs 15.72 lakhs respectively. Speaking of the top-spec Volkswagen Virtus GT price, it comes at Rs 17.92 lakhs.