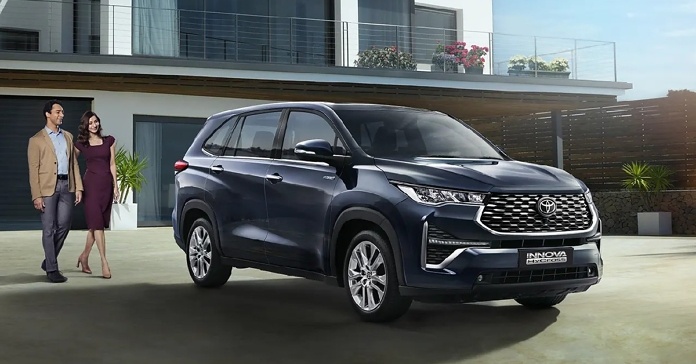 The Toyota Innova HyCross will be sold alongside Innova Crysta.

Toyota Kirloskar Motors has taken the wraps off the new Toyota Innova HyCross in India. The MPV was revealed in Indonesia earlier this week as Innova Zenix. Toyota has also commenced the bookings for Innova HyCross alongside its debut. Deliveries are expected to roll out by January 2023. The Toyota Innova HyCross has been made available in petrol and strong hybrid configurations, with Toyota ditching the diesel variant for the MPV.

Toyota Innova HyCross: Everything you need to know

The Toyota Innova HyCross is identical to the Innova Zenix launched in Indonesia earlier this week. The SUV-inspired front profile features an upright hexagonal grille with chrome and black highlights. The grille is flanked by wraparound LED headlamps and LED DRLs on either side. Also noticeable are prominent lines running across the bumper, adding to the muscular look. 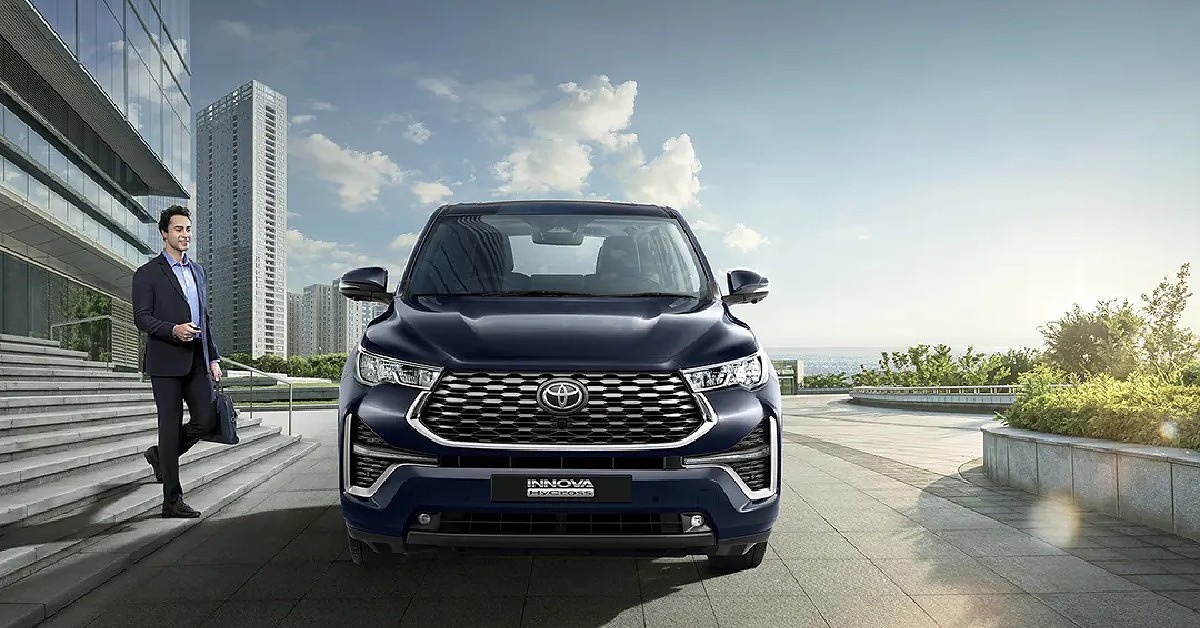 Along the sides, the HyCross looks undeniably like an MPV. The crease from the bumper runs across the side and merges with the wrap-around tail lamps. The HyCross also sports a bolder shoulder line than its predecessor. It retains the large glasshouse from the Crysta and features 10-spoke chrome alloy wheels.

The Toyota Innova HyCross is a visibly bigger vehicle than the current Innova sold in India. It stands 4,755mm long, 1,850mm wide, and 1,795mm tall. It also sports a wheelbase of 2,850mm. The is no difference in ground clearance, which still stands at 185mm.

Inside, the Toyota Innova HyCross is nothing like the Innova Crysta. The new MPV features a multi-layered dashboard setup with a 10.1-inch floating touchscreen infotainment system which comes with smartphone mirroring and connected car tech. There’s also an option of a dual-tone interior theme or an all-black theme. The MPV will be made available in 7 and 8-person seating options. 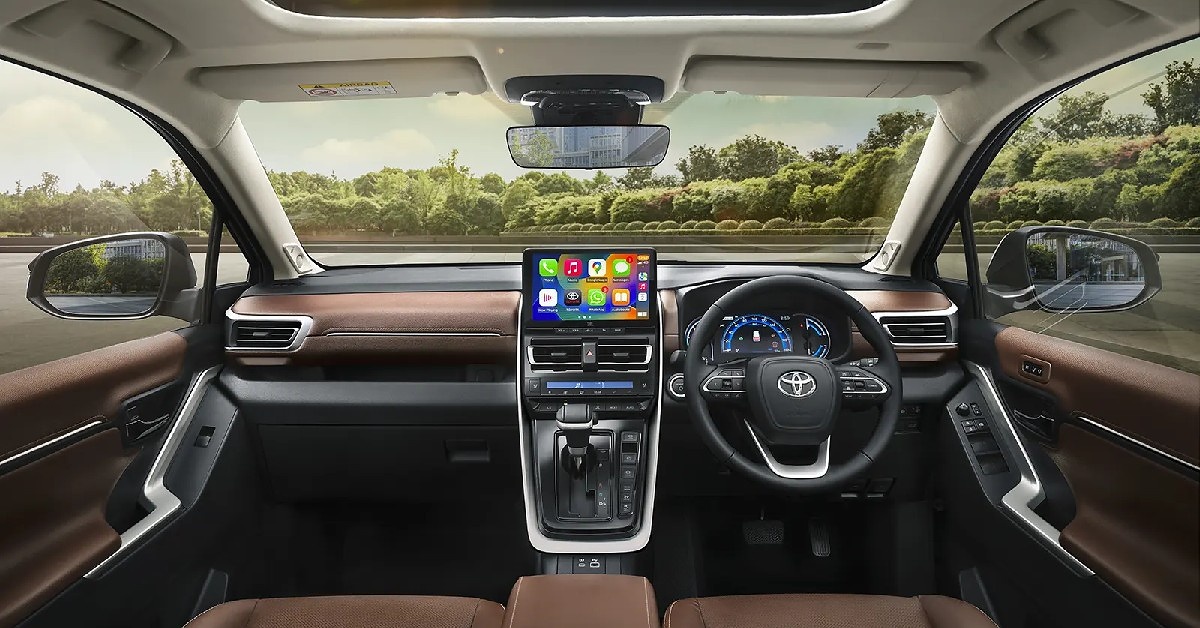 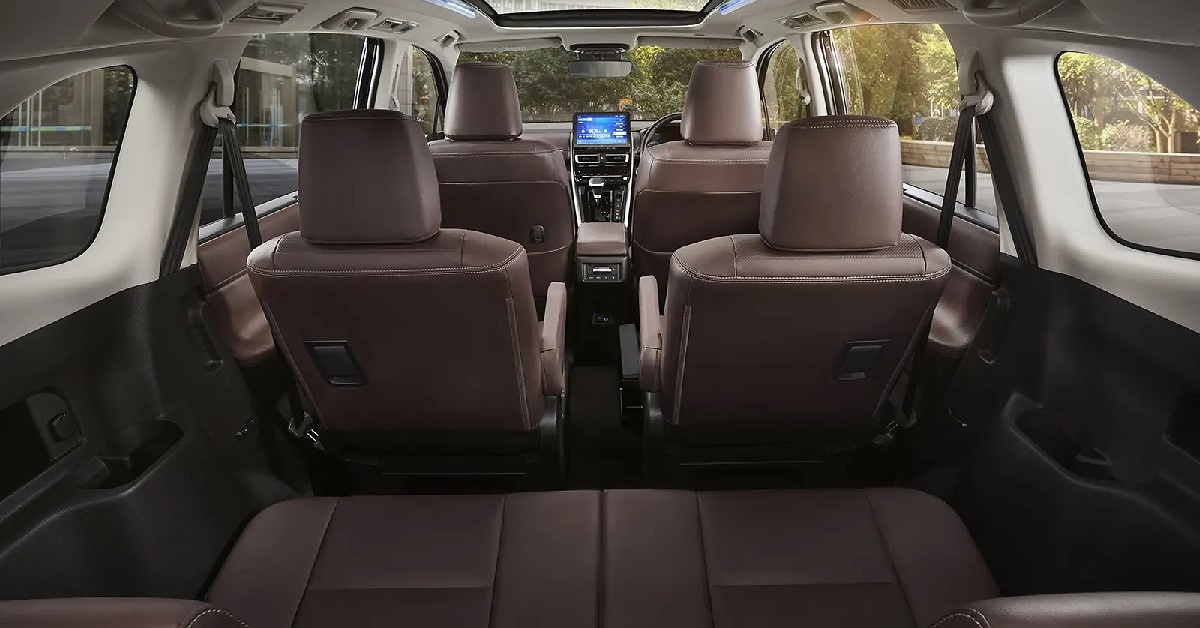 Toyota has ditched the diesel engine for Innova HyCross. The MPV will be made available in petrol and a strong hybrid configuration. The Toyota Innova HyCross is powered by a 2.0-litre petrol engine that produces a maximum power output of 152hp and 187Nm torque. This engine is paired with fifth-gen strong hybrid tech (M20A FXS) and can produce a combined power of 186hp. The non-hybrid variant of the HyCross produces 174hp and 197Nm. Both engine variants will be paired to an automatic gearbox. There is no option for a manual transmission. The HyCross offers a mileage of 21.2 kmpl, as claimed by Toyota.

Toyota has started taking bookings for the Innova HyCross at a token amount of Rs 50,000. The MPV will be offered in 5 variants. While the official pricing has not been announced yet, we expect the HyCross to cost between Rs 23-28 lakh. Upon launch, the Toyota Innova HyCross will rival Tata Safari and Mahindra XUV700.