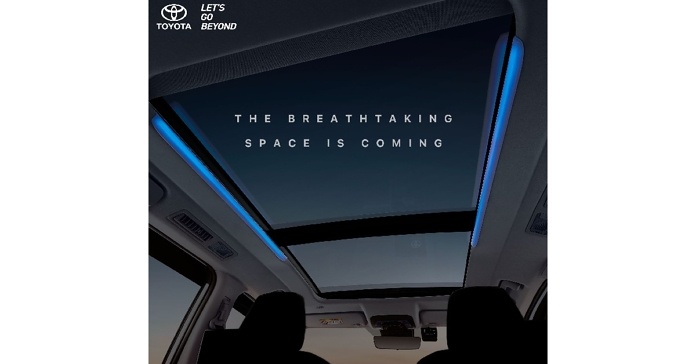 The MPV will make its Indian debut on November 25.

Toyota Indonesia has dropped yet another teaser for the upcoming Toyota Innova HyCross, this time confirming the presence of a panoramic sunroof in the MPV. The teaser was dropped across all of Toyota Indonesia’s social media handles. The HyCross will first get a release in Indonesia, where it will be sold as Innova Zenix. The MPV will be unveiled in India next week.

Read Also: Lamborghini Urus Performante to launch in India on November 24: Here is what we know till now

Toyota Innova HyCross: What we know so far

The HyCross will be the first variant of Innova to get a panoramic sunroof. However, it will only be made available for the top-spec trims. The HyCross will also get dedicated AC vents for the second and third rows, along with ambient interior lighting.

Anticipates the upcoming launch of the perfect space that fits everyone's various lifestyles that will awaken your convenience and imagination.#ToyotaIndonesia pic.twitter.com/f4K8LrOAZZ

Earlier, Toyota had dropped a teaser image of the exterior of the MPV. The teaser image gave a glimpse of the front fascia of the vehicle, revealing a hexagonal grille similar to the one in Toyota Corolla Cross. Also pictured was a sleek LED headlamp next to the upright grille. The creases on the bumper indicate a strong SUV-like design. The main headlamp contains two L-shaped inserts for the LED lights. LED DRLs are also expected to come with the Toyota Innova HyCross. 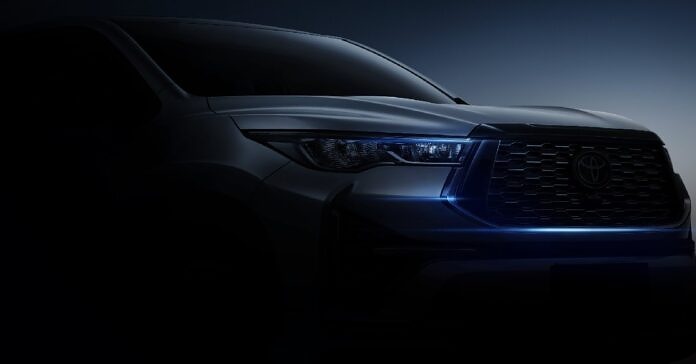 Recently, some spy shots of the Innova HyCross also emerged online and indicated the presence of horizontal tail lamps and 10-spoke alloy wheels. When it comes to features, buyers can expect the Hycross to be loaded with updated instruments and car tech. This includes a 360-degree camera, a panoramic sunroof, a touchscreen infotainment system, wireless charging, and more. The safety features will also be updated for the MPV.

Toyota also plans on ditching the diesel engine for Innova HyCross. The MPV will only be made available in petrol-hybrid variants, like the Urban Cruiser HyRyder. Although, unlike the HyRyder, the Toyota Innova Hycross will use a 2.0-litre petrol engine. It will also receive a localised version of the Toyota Hybrid System.

It has now been confirmed that Toyota will unveil the Innova HyCross in India on November 25. Prices for the MPV will be announced at AutoExpo 2023, which starts on January 11 next year. It has also been confirmed that the Hycross will be rebadged for Maruti Suzuki in India. This will make it the first Toyota vehicle to be rebadged for Maruti ever since their partnership commenced in 2017. The Toyota Innova Hycross will rival Maruti Suzuki XL6 and Kia Carens.