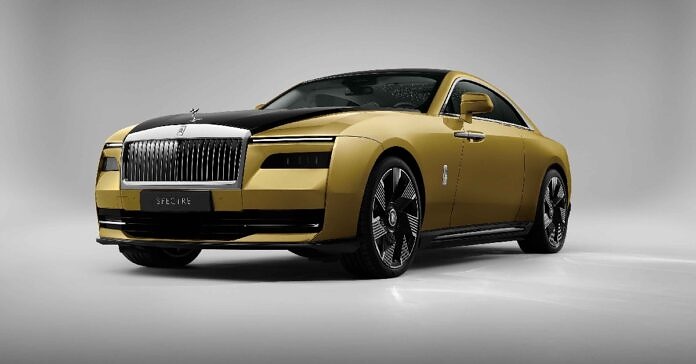 Rolls Royce Spectre unveiled, gets a range of 520 km

This is the first-ever EV from the luxury automaker.

Rolls Royce Spectre: All you need to know

The design profile of the Rolls Royce Spectre is true to the brand’s name and overall philosophy and there is no mistaking it for another vehicle. The front fascia flaunts a wide grille which is lit up by 22 LEDs. The headlamps draw inspiration from the Rolls Royce Phantom, featuring a split setup. The LED DRLs are placed on top of the main headlamps and give off a sleek look. 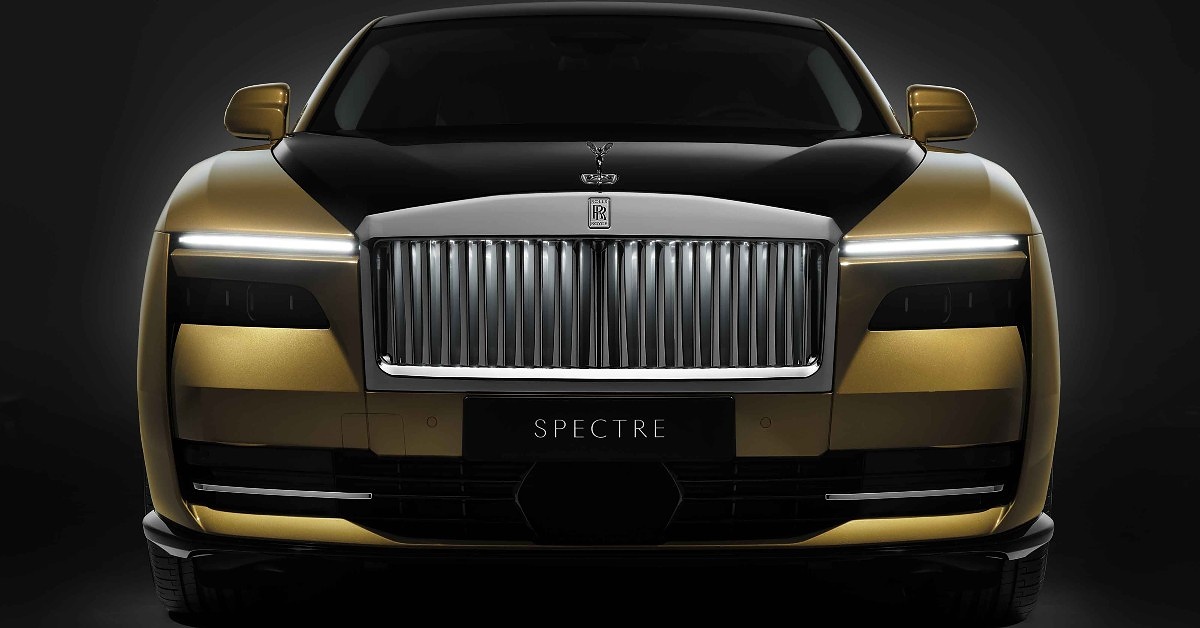 The rear end sports highly detailed vertical tail lamps that can be customised by the buyer. The overall shape is very aerodynamic. The company claims a drag coefficient of 0.25 on the Rolls Royce Spectre, which would make it the most aerodynamic Rolls Royce of all time. The luxury electric coupe rests on 23-inch wheels. 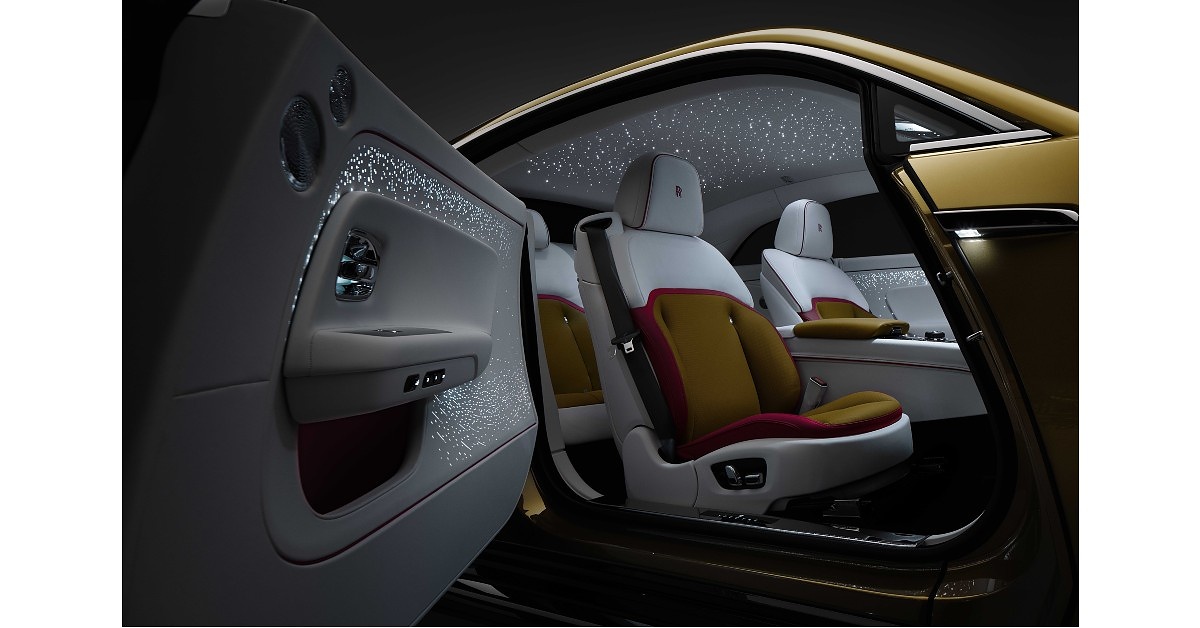 Inside, the Rolls Royce Spectre stays true to the company’s design philosophy and draws a lot of inspiration from Rolls Royce Ghost. The popular starlight roof liner has been extended to the door pads. The Spectre gets all-new seating as well. This includes stitching, embroidery, and body panels. The Spectre will also get Rolls Royce’s new digital interface called ‘Spirit’. 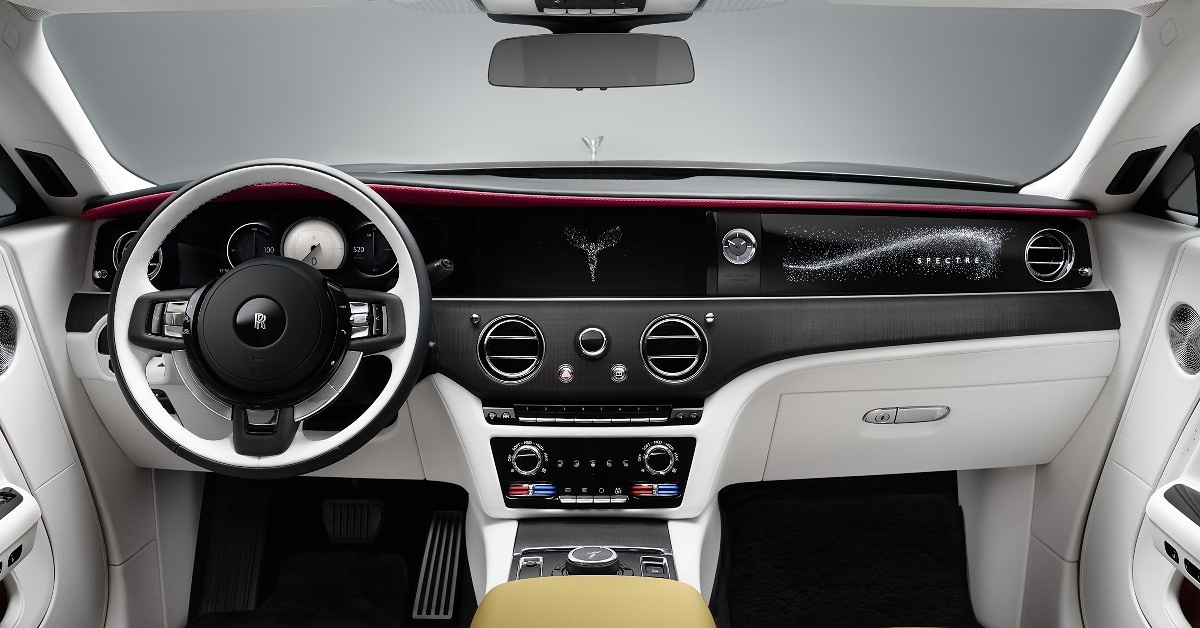 While Rolls Royce has not revealed the full engine specs yet, it claims that the Spectre can churn out a maximum power of 577hp and 900Nm peak torque. The range offered is 520 km. The luxury car can go from 0-100 kmph in 4.5 seconds. Details about the battery pack have not been disclosed yet.

Rolls-Royce Motor Cars Chief Executive Officer, Torsten Müller-Ötvös, said, “This is the start of a bold new chapter for our marque, our extraordinary clients and the luxury industry. For this reason, I believe Spectre is the most perfect product that Rolls-Royce has ever produced.”

While Rolls Royce may have announced the EV, it is still undergoing the final stage of testing. A global launch is expected by the fourth quarter of 2023. Bookings are now open. The Spectre will be placed between Cullinan and Phantom in Rolls Royce’s lineup of cars. The company aims to go fully electric by 2030. While it has no true competitors, the Rolls Royce Spectre will rival the Cadillac Celestiq and Bentley’s upcoming EV in the market.

Utkarsh Joshihttps://www.motorbridge.com/
Previous article
Cadillac Celestiq makes its debut, gets 483km of range
Next article
Discounts of up to Rs 1.05 lakh offered on Volkswagen Taigun, Virtus