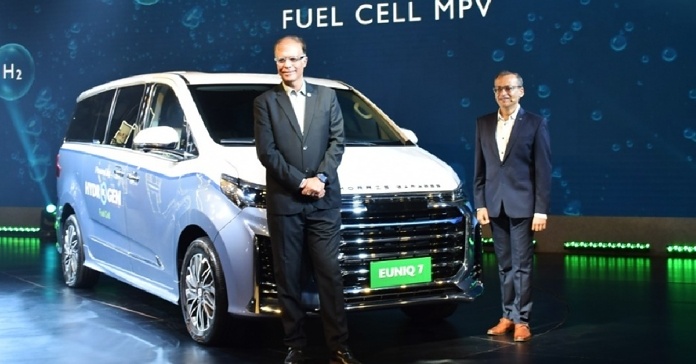 MG does not plan on launching the MPV in India.

MG Motor had one of the most diverse panels at Auto Expo 2023, comprising Battery Electric Vehicles, Plug-in Hybrids, and Fuel Cell vehicles. The MG Euniq 7 MPV powered by a hydrogen fuel cell was certainly one of the unique showcases at the event. Minister of Road Transport and Highways, Nitin Gadkari, also made an appearance at MG’s pavilion at Auto Expo.

MG Euniq 7 MPV: Everything you need to know

The MG Euniq 7 has all the signature looks of an MPV. It gets a stub nose up front, with a large grille that gets LED headlamps on either end. The triangular air dams make their way to the bottom of the grille.  The MPV shares a resemblance with MG Gloster. Along the sides, the MPV gets sliding rear doors. The rear profile is highlighted by the LED tail lamps connected by a chrome strip. The MPV gets a dual-tone colour scheme. The model showcased at Auto Expo had a white roof with blue body panels. The windows were also bordered by white paint. 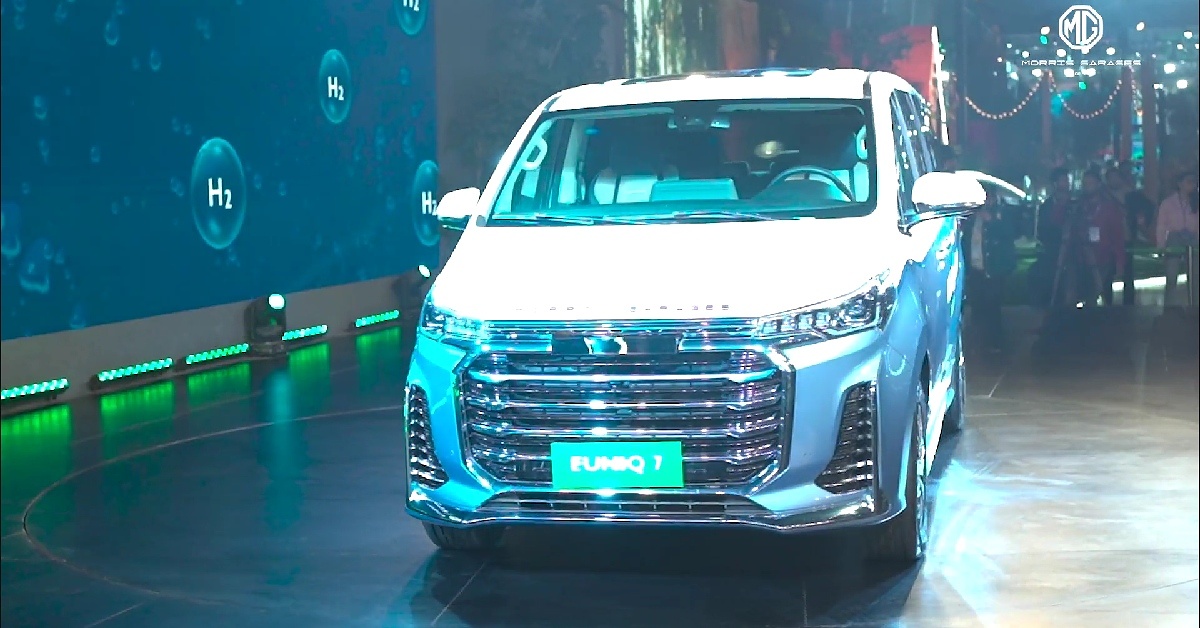 Moving on to the most interesting part, the MG Euniq 7 is powered by a hydrogen fuel cell unit that can produce a peak power output of 201hp. The MPV is equipped with a 6.4kh hydrogen cylinder which takes under 5 minutes to fill up. The Euniq 7 offers a driving range of up to 605km, as claimed by MG. The highlight of this driving technology is that it only releases water vapour as a byproduct. 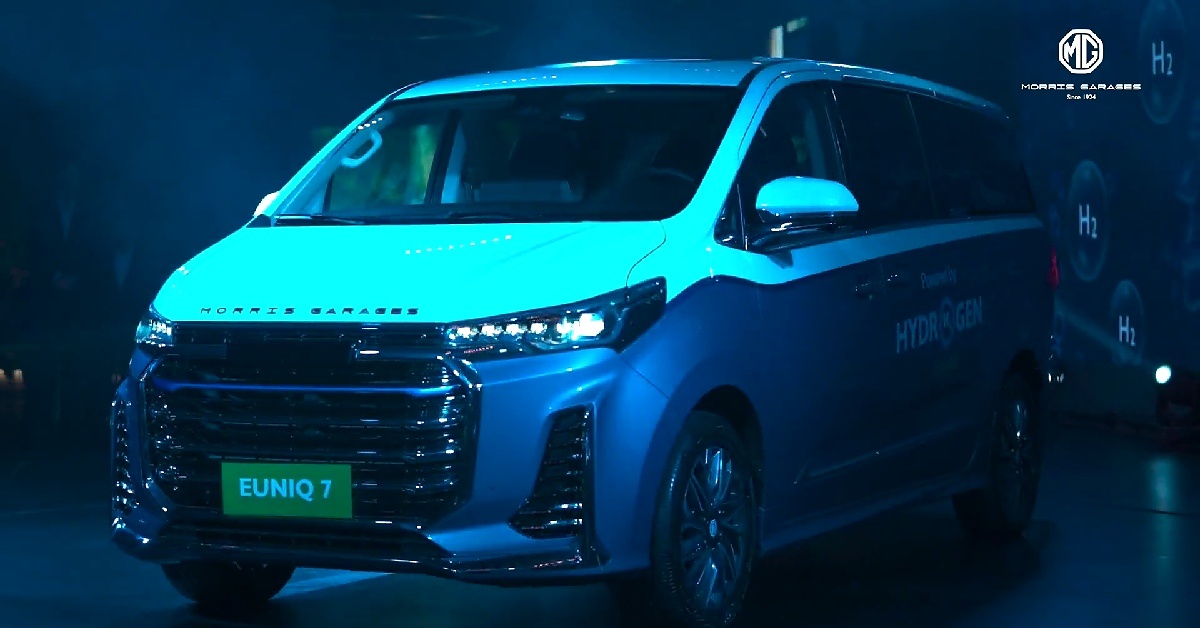 The automaker claims that the MPV also acts as an air purifier, with one hour of driving cleaning enough air for 150 people to breathe properly. Inside, the MG Euniq 7 get a seating layout of 2+2+3. The middle row gets individual captain seats. The MPV also gets a layered dashboard, panoramic sunroof, digital instrument cluster, touchscreen infotainment system, electronically operated rear doors, and an ADAS package.

MG Motor does not have any plans of introducing the fuel-cell tech in India as of now. Apart from the Euniq 7, the automaker also displayed the MG4 electric hatchback, Mifa 9 MPV, MG5 estate, eHS plug-in hybrid, Roewe eRX5, and eMG6. The automaker also launched the MG Hector facelift at Rs 14.73 lakh.