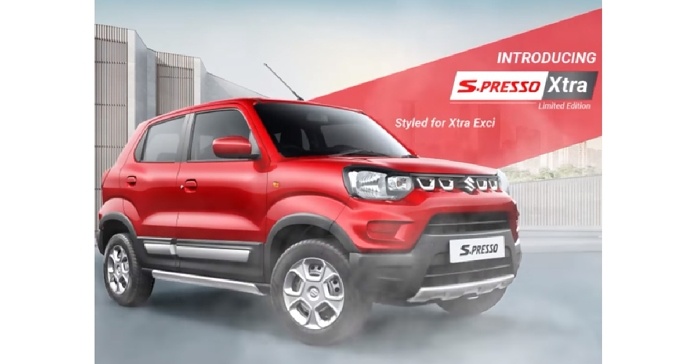 Here’s what you can expect from the new special edition.

Maruti Suzuki S-Presso Xtra has been unveiled by the automaker and a price announcement will be following soon. The ‘Xtra’ edition of the S-Presso will come with a few additional add-ons for the exterior and interior. Maruti also launched the CNG version of the S-Presso back in October. 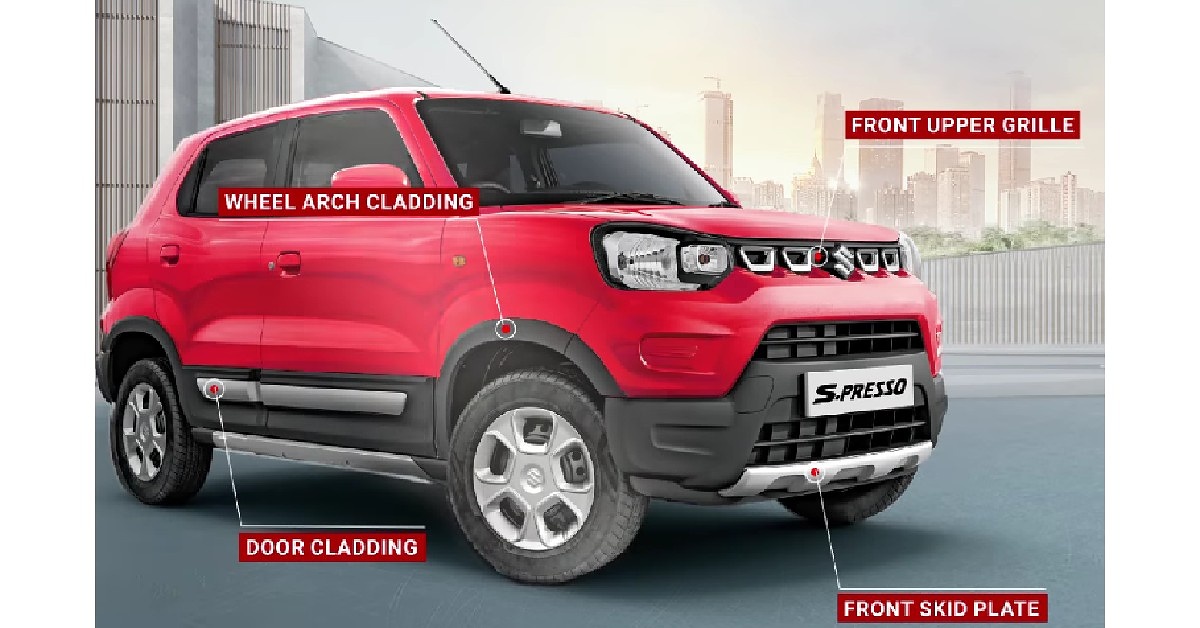 In terms of exterior add-ons, the new Maruti Suzuki S-Presso Xtra gets a front skid plate, door cladding, chrome garnish on the grille, and wheel arch cladding. These new add-ons give the S-Presso a more SUV-like look and bump up its aesthetics. Inside, the S-Presso Xtra gets new seat upholstery, a circular centre console, and red inserts on the door panel and AC vents. The floor mats sport the ‘Xtra’ branding as well. 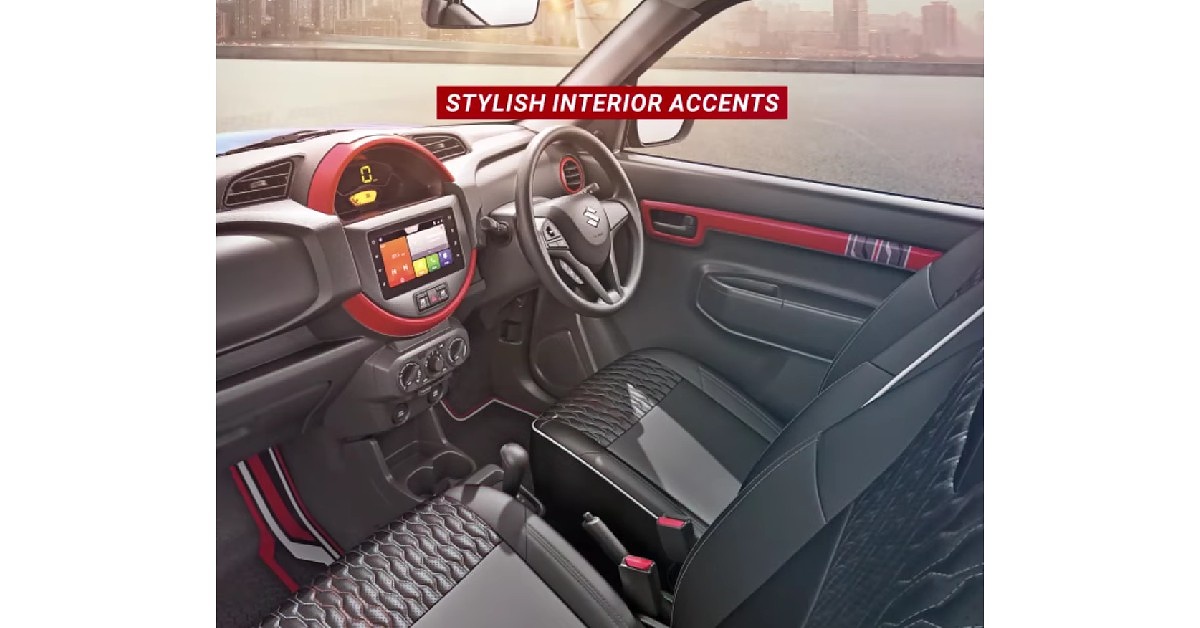 Things remain the same under the hood, as the Maruti Suzuki S-Presso Xtra continues to be powered by the 1.0-litre K Series petrol engine that can produce a maximum power output of 65hp and 89Nm peak torque. This engine is mated to a 5-speed manual or automatic transmission. The CNG variant of the S-Presso generates a power output of 57hp and 82Nm peak torque. Maruti claims an economy of 32.73 km/kg for the S-Presso CNG. This is 1.53 km/kg higher than the previous CNG-powered S-Presso but 2.87 km/kg lower than the Celerio CNG. Celerio is currently the most economical CNG car in the country. 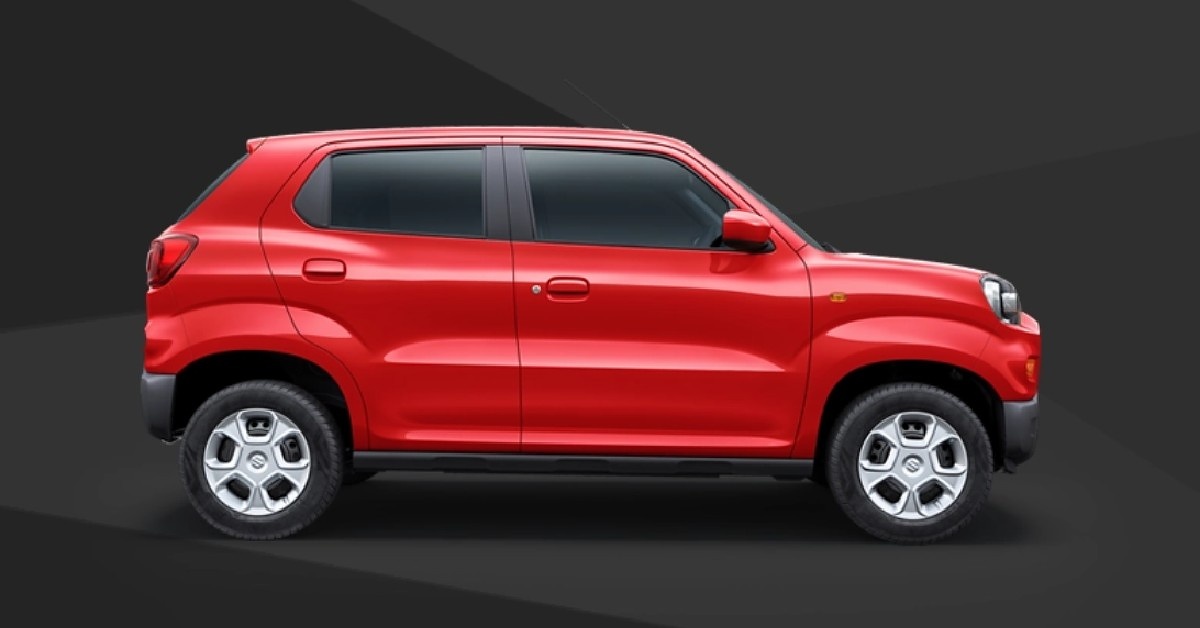 Earlier, this month, the S-Presso was tested at the Global NCAP and received a poor rating of just 1 star out of 5. It scored 20.03 points out of a total of 34 in the Adult Occupant test and 3.52 points out of a possible 49 in the Child Occupant Protection test.

It remains to be seen which variants of the S-Presso will get the Xtra edition. The variant shown in the promotional images is the VXI+ trim which is currently available at Rs 5.49 lakh. Prices for the S-Presso range start at Rs 4.25 lakh for the entry-level variant and go up to Rs 5.65 for the top-spec VXI (O) AMT variant. Maruti Suzuki will be revealing the prices for the S-Presso Xtra soon. The compact car rivals the likes of Renault Kwid and Alto K10.