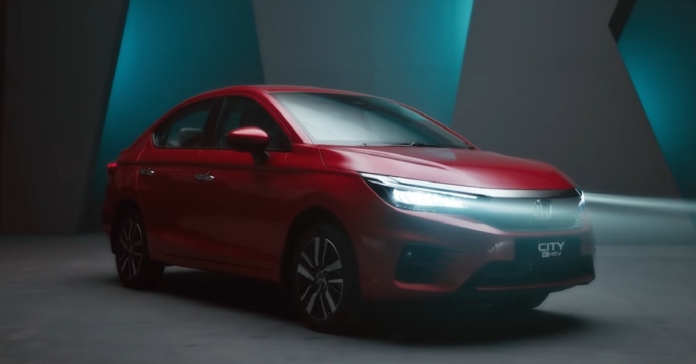 The all-new Honda City eHEV hybrid comes with slight tweaks in its cosmetics along with a unique powertrain.

After dropping its teaser video on Twitter on April 11th, Honda has finally launched its all-new electric Honda City eHEV hybrid in the Indian markets. It is offered in a single top-spec ZX variant. The all-new Honda City hybrid sedan will be seen locking horns with the Volkswagen Virtus, Skoda Slavia, Hyundai Verna and the Maruti Suzuki Ciaz, amongst others in its segment.

The cosmetics of the new Honda City eHEV hybrid appear slightly similar to the current fifth-gen City. However, certain elements differentiate it from the latter and give it a unique identity. These include a honeycomb designed front grille, a faux diffuser at the rear bumper, a lip spoiler at the boot gate, new housings for the fog lamps, new fog light garnishes, and blue outlines on the Honda logos and an eHEV badging on the boot gate. Some more changes include a shark-fin antenna, new 16-inch alloy wheels and LED headlights with integrated DRLs.

Speaking of its interiors, the new Honda City eHEV comes with an updated 8-inch touchscreen infotainment system with Android Auto and Apple CarPlay Support. Additionally, it also gets an electric sunroof, ambient lighting, an updated version of Honda Connect with Amazon Echo, Google Assistant and smartwatch integration for both iOS and Android. 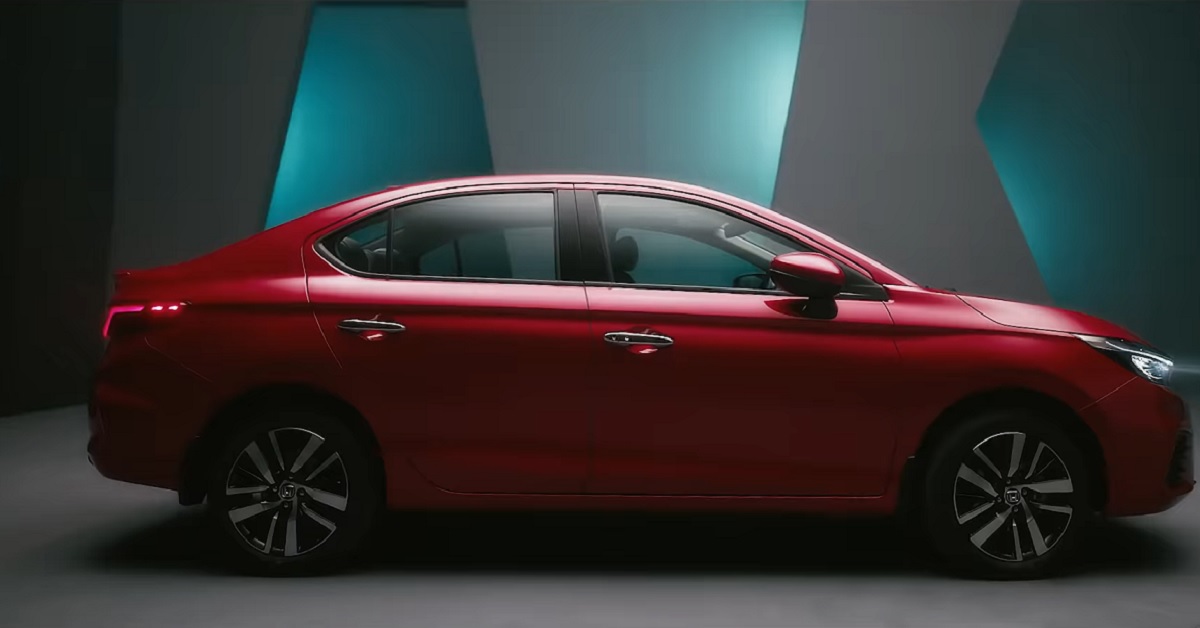 Coming to its powertrain, the Honda City eHEV hybrid gets powered by a unique Atkinson Cycle 1.5L naturally aspirated four-cylinder petrol engine coupled with two electric motors. The first motor acts as an electric regenerator and the other as means of propulsion. A 0.7kWh battery pack is also offered along with the hybrid car. The petrol engine develops 98bhp of power and 127Nm torque. The brand claims the City hybrid mileage to be 26.5kmpl for its model in India. The car comes with an eCVT transmission. Overall, the setup operates at peak efficiency of 2000rpm and delivers 126hp of power and 253Nm of torque.