Citroen has finally revealed the Citroen eC3 electric hatchback ahead of its launch next month. After several teaser drops, this is the first time the EV has broken the cover. The eC3 will be manufactured locally apart from the battery pack, which is being sourced from China. The automaker plans on localising production of the battery pack in the future. The price announcement will come at the time of launch next month. Bookings for the electric hatchback will begin on January 22.

The Citroen eC3 replicates the design of its ICE sibling across the board. There are some EV-exclusive design elements like a charging port and the absence of an exhaust pipe. The interior has been retained from the ICE C3 as well, but now comes with a drive selector instead of a gear stick. Since there aren’t too many changes when it comes to body parts, Citroen is able to cut down on production costs as the eC3 can be manufactured alongside its ICE counterpart. 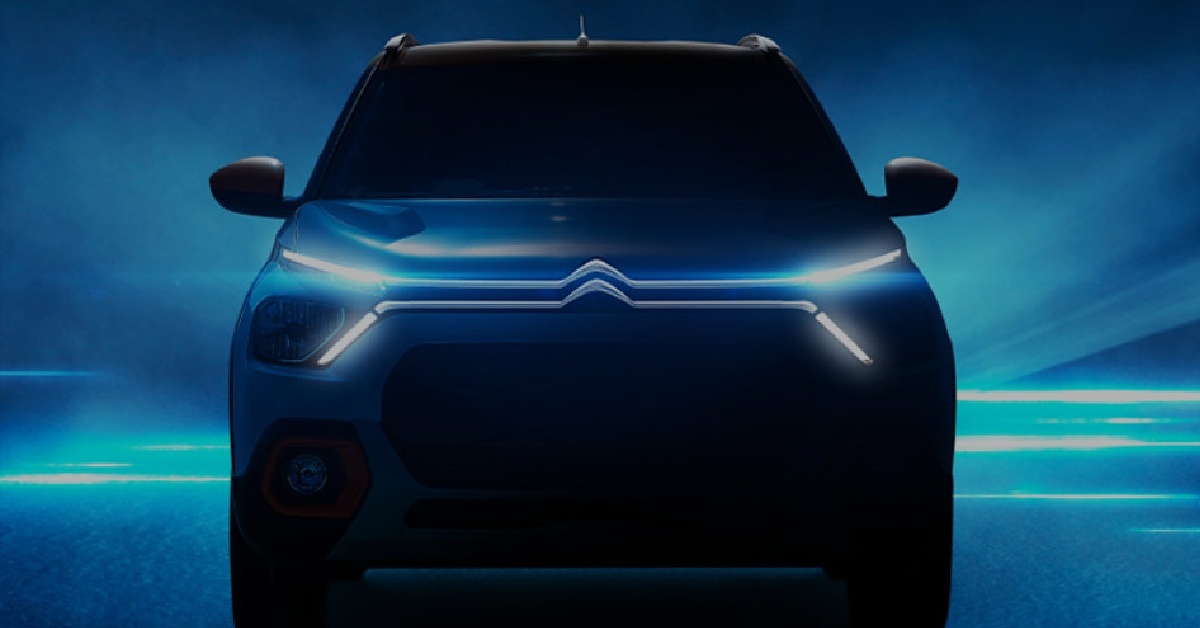 The Citroen eC3 is powered by a single electric motor that can produce a peak power output of 57hp and 143Nm torque. In comparison, the ICE C3 produces 110hp and 190Nm. Its nearest rival, Tata Tiago EV produces a maximum power of 74hp (55 kW) and 114Nm peak torque. As mentioned earlier, Citroen is sourcing the battery pack from China. This 29.2 kWh battery pack offers a driving range of 320km.

The electric hatchback comes with a 3.3 kW AC charger which can fully charge the battery pack in under 11 hours. There is also an option of DC fast charging, using which the EV can be charged from 10-80% in under an hour. In comparison, Tata’s electric hatchback is available in two battery pack options: 19.2 kWh and 24 kWh. The former offers a driving range of 250km while the latter offers 315km.

The two ICE variants, Live and Feel, have also been made available for the Citroen eC3. The electric hatchback gets a 10.2-inch touchscreen infotainment system with Android Auto and Apple CarPlay connectivity. It is also compatible with the MyCitroen Connect app which offers a host of features like displaying the charging status and locating nearby charging stations.

It will be interesting to see the price tag that Citroen gives to the eC3. Its closest rival, Tata Tiago EV was launched at an introductory price of Rs 8.49 lakh and is the most affordable EV in India right now. Localised production will help in cutting down the cost of the vehicle but it is expected to cost around Rs 10 lakh.