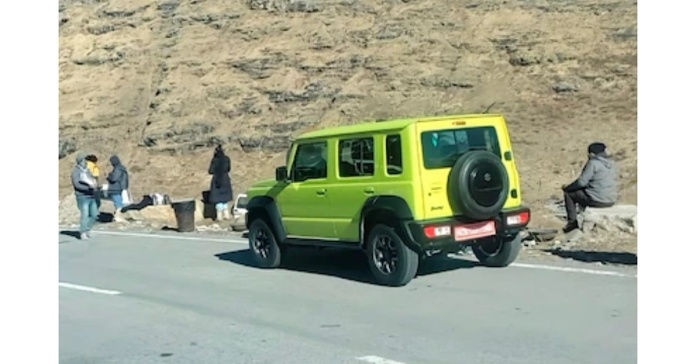 An uncovered test module suggests that Maruti is gearing up to unveil the SUV.

The 5-door Maruti Suzuki Jimny is expected to be revealed at AutoExpo next month. The lifestyle SUV has been spotted testing several times this year. Recently, the new Jimny was spied on without any camouflage or covering hiding its exterior. Social media has been abuzz with new images of Jimny. Here is everything we know about the SUV so far.

5-door Maruti Suzuki Jimny: What we know so far 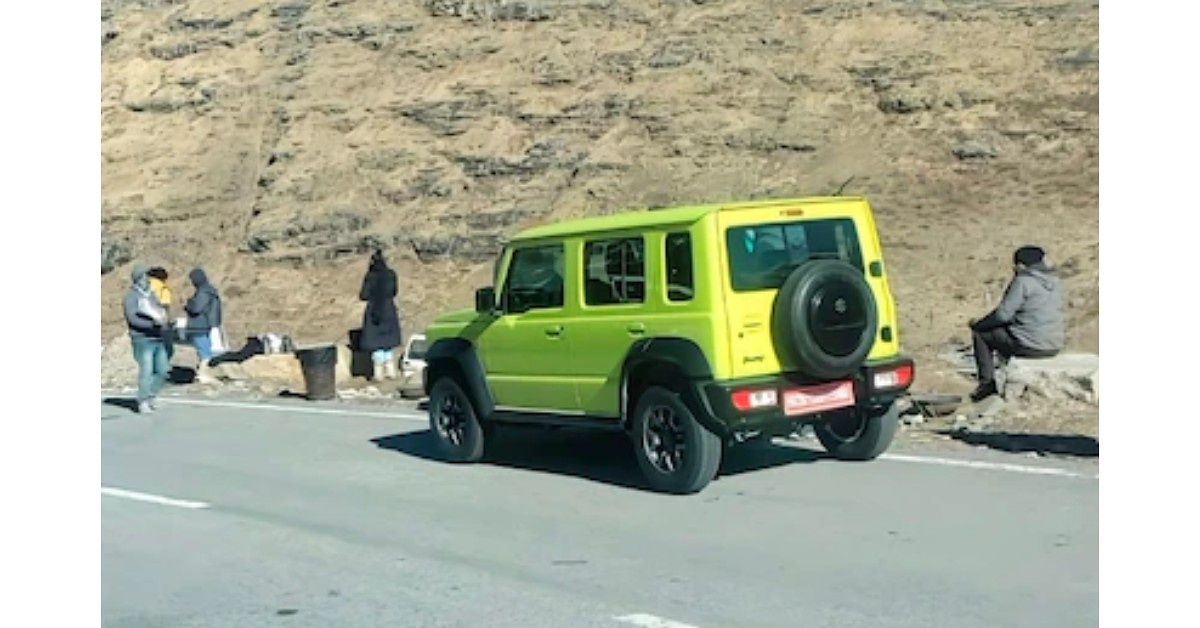 The new doors on the side carry over the ‘boxy’ design of the SUV. A small glass window for the third seating row can also be seen in the images. There will be an option of bench seating for the second row and jump seats for the third row. The test mule that was spotting testing had the ‘Kinetic Yellow’ colour scheme. At the back, Jimny retains the side opening door along with a spare wheel mounted on it.

As reported earlier, the new 5-door Maruti Suzuki Jimny will retain the K15B petrol engine from its predecessor. This engine produces a maximum power output of 102hp and 130Nm peak torque. Maruti retaining the K15B petrol engine on the 5-door Jimny comes as a surprise as the automaker has been replacing it with the K15C engine across its catalogue. The 5-door Jimny will be made available with 5-speed manual and 4-speed automatic transmission options. It will also receive Suzuki’s All Grip Pro AWD. The Jimny is also expected to come with mild-hybrid tech.

Read Also: Ola MoveOS 3 to launch next week as the beta trial phase reaches an end

As mentioned earlier, the new Jimny will be unveiled to the Indian audience at AutoExpo 2023 in January. Maruti will be looking to launch the SUV in June 2023. Along with the new Jimny, Maruti also plans on unveiling the Baleno Cross SUV in the coming months. Upon launch, the 5-door Maruti Suzuki Jimny will rival the upcoming 5-door Mahindra Thar and Force Gurkha.