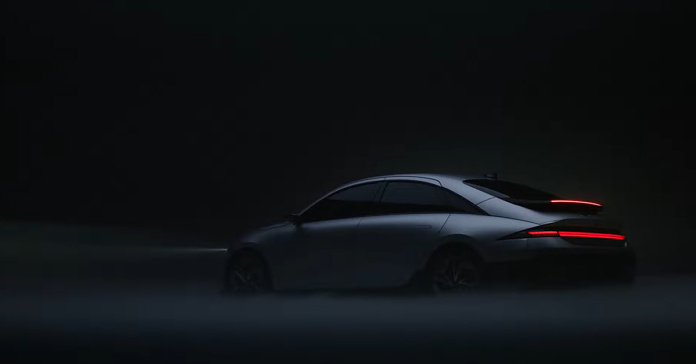 The ultimate futuristic and aesthetically pleasing appearance of the new 2024 Hyundai Ioniq 6 certainly makes you smile.

Hyundai has unveiled the design of its upcoming electric vehicle, the 2024 Ioniq 6. Said to be inspired by the Prophecy EV Concept, the all-new 2024 Hyundai Ioniq 6 is the second model in the brand’s Ioniq lineup, after the Hyundai Ioniq 5. The sedan, dubbed by the automaker as an ‘Electrified Streamliner’, aims to win the competition from its primary rival Tesla Model 3, in the international markets. 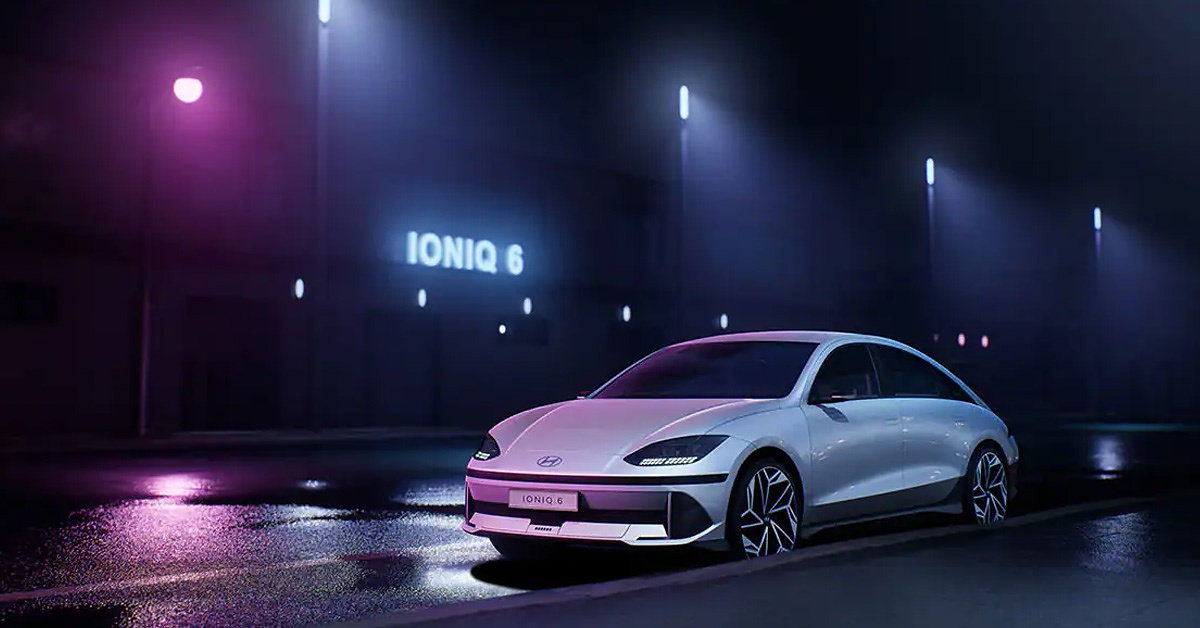 The Ioniq 6 exteriors look extremely sleek and elegant. The first element that easily catches your eye is its sloping roofline, which has as smooth a curve as that of a water droplet. And thanks to its design, it gets a drag coefficient of just 0.21. From the front, it features sweptback headlights, a narrow front grille, a large air dam, and a stylised bumper giving a touch of sportiness to the face of the car. The smooth curvature of its roofline is extended onto its bonnet. At the rear, it gets a ducktail spoiler. The complex design of its wheels complements its overall minimalistic, yet sophisticated silhouette. 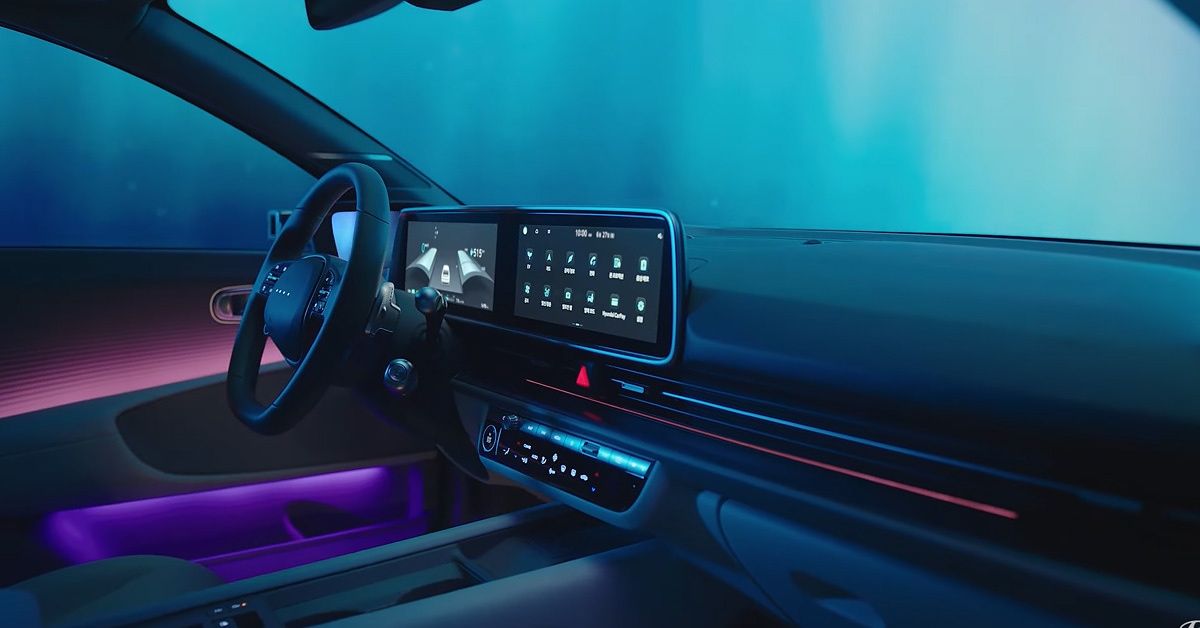 Read also: 2022 HYUNDAI VENUE LAUNCHED: EVERYTHING YOU NEED TO KNOW

Speaking of the 2024 Hyundai Ioniq 6 interiors, the cabin features a full LED-lit atmosphere, which does not leave a single chance to highlight its premium character and futuristic appeal. The electric sedan comes equipped with a 12-inch touchscreen infotainment system and a 12-inch digital instrument cluster. Both the screens have a combined dashboard frame. For driving controls that are more frequently needed than others, Hyundai provides physical buttons fixed within a dedicated space, for ease of operation.

One of the unique features of the sedan is that it comes with rear-facing cameras in place of conventional mirrors. In terms of safety, the car is expected to receive multiple airbags, ADAS features and more. 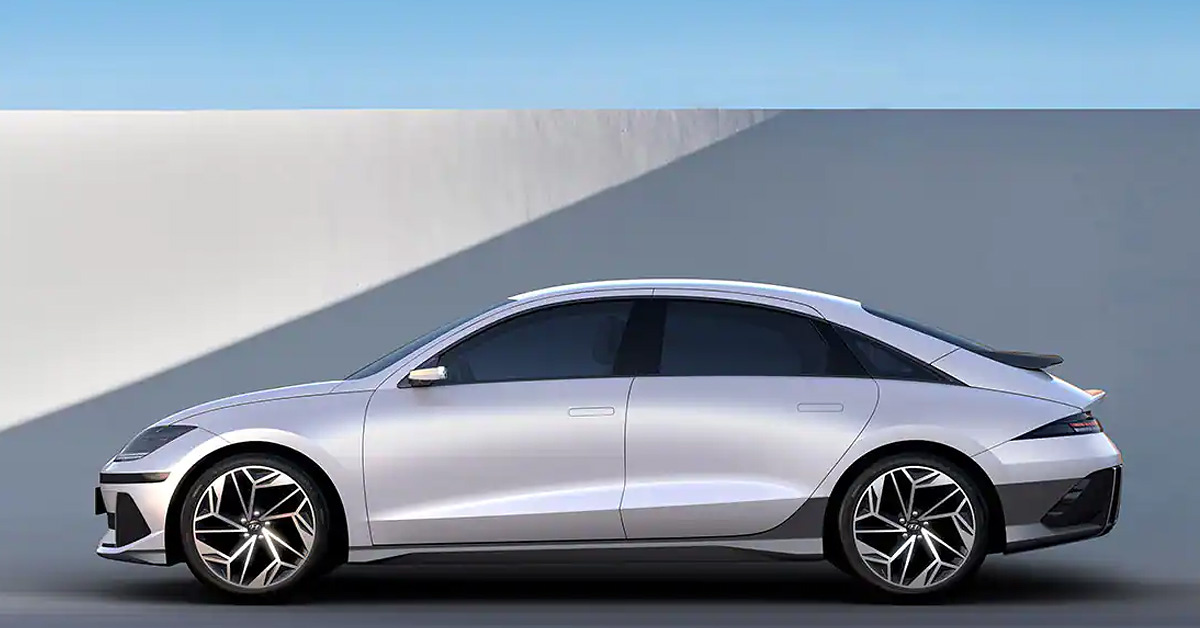 The 2024 Ioniq 6 is built on the company’s e-GMP platform architecture, which also underpins the Hyundai Ioniq 5 as well as Kia EV6. Details about its powertrain are yet to be revealed. However, the electric sedan is expected to get a 77.4kWh battery pack with up to two motors. It could get an RWD layout for the single motor variant and/or an AWD layout for the dual motor. Its range could go over 480kms upon a single charge. 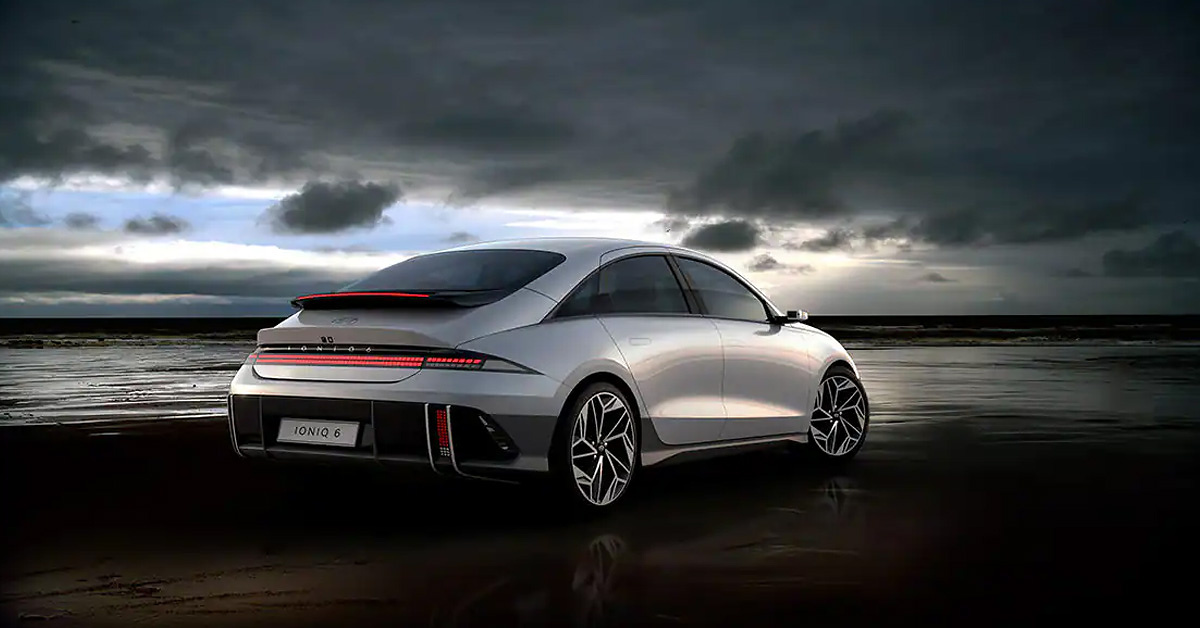 The Hyundai Ioniq 6 launch has been scheduled for July 14th this year. However, as the launch of its sibling, Ioniq 5, is expected in the second half of 2022, the arrival of Ioniq 6 is not expected before late 2023 or early 2024.