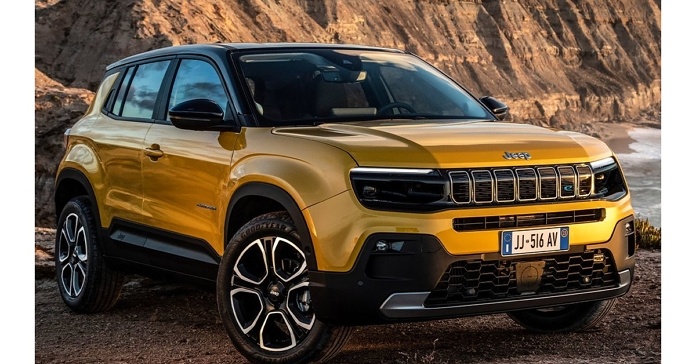 Bookings for the Jeep Avenger begin on October 17th.

On the occasion of the brand’s 4xe Day, Jeep has unveiled three new electric SUVs – Avenger, Recon, and Wagoneer S. Jeep has also mentioned that a fourth EV is in the pipeline but has not provided any details regarding its status. Jeep Avenger will be the brand’s smallest SUV on offer and will get a European launch in the first half of 2023. Bookings are set to begin next month. It remains to be seen whether Jeep will bring the Avenger to India, where the compact SUV market has taken off in a big way in the last few years. 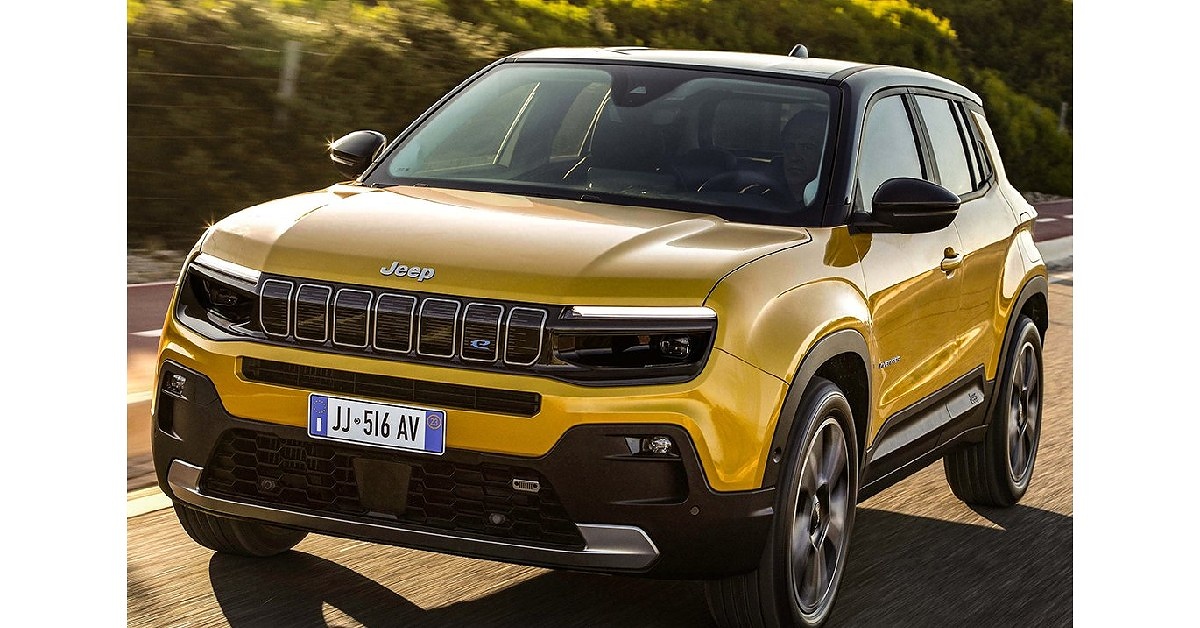 The Jeep Avenger gets the SUV maker’s signature 7-slat grille, which has been closed off and branded with ‘e’ lettering to highlight the electric powertrain. The split headlamps come with high-mounted LED DRLs. The rear profile features ‘X’ shaped tail lamps and a faux skid plate. Along the sides, the wheel arches are more prominent and the EV features enough body cladding to give it the SUV look. Talking about interiors, so far Jeep has only revealed that the Avenger will come with a standalone touchscreen placed above the AC vents. More details are awaited. 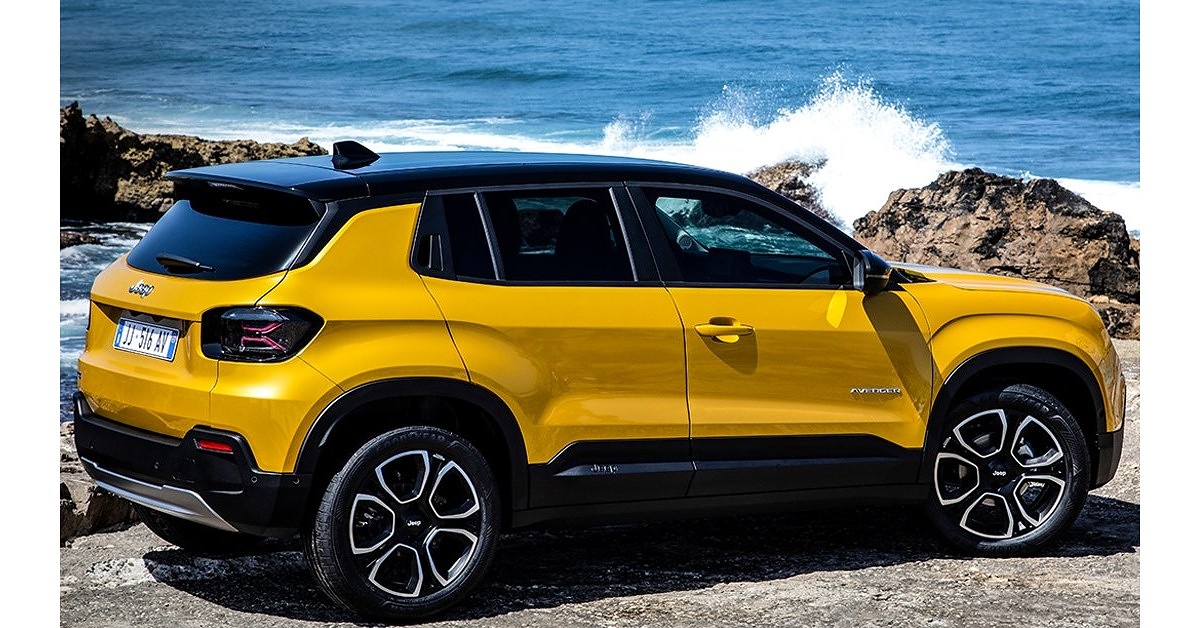 Jeep Avenger is the brand’s smallest SUV, and will be underpinned by Stellantis’ STLA small platform, making it the first Jeep SUV to do so. The Avenger will also be made available in a mild-hybrid configuration which will feature the CMP platform. The Jeep Avenger will be powered by the SUV maker’s electric motor that can produce a maximum power of 95hp. Depending on how many motors are fitted in the SUV, it could generate a maximum power of up to 400hp. The battery pack powering this motor offers a driving range of around 400km on a single fuel charge, as claimed by Jeep. The SUV could be made available in two and four-wheel drive options.

Read Also: Rear Seat belt reminders to be made mandatory in India

Jeep Avenger will be manufactured in Stellantis’ plant in Tychy, Poland. The SUV will initially be launched in Europe, Japan, and South Korea. An Indian launch could also be on the cards. The Jeep Avenger is set to feature in Paris Motor Show on 17th October, which is when more details about the interior and powertrain can be expected. If it gets an Indian launch, the Jeep Avenger will rival Toyota Urban Cruiser HyRyder, Maruti Suzuki Grand Vitara, Hyundai Creta, Kia Seltos, Volkswagen Taigun, and Skoda Kushaq.