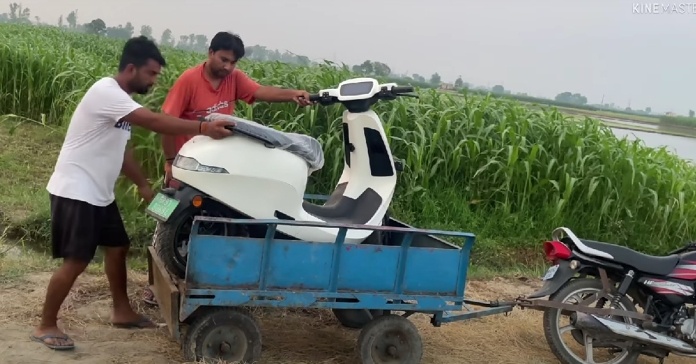 The rocky start to Ola Electric gets even rockier.

Adding to the series of disappointing events, Ola Electric once again found itself in the midst of controversy. In a fresh video uploaded by ‘Sandhu vlog’ on Youtube, the Ola S1 Pro buyer can be seen towing his new electric scooter after it broke down despite being 55% charged.

Read Also: OLA S1 VS SIMPLE ONE: WHICH WE THINK CAN WIN THE RACE

Ola S1 Pro breaks down, Hero to the rescue 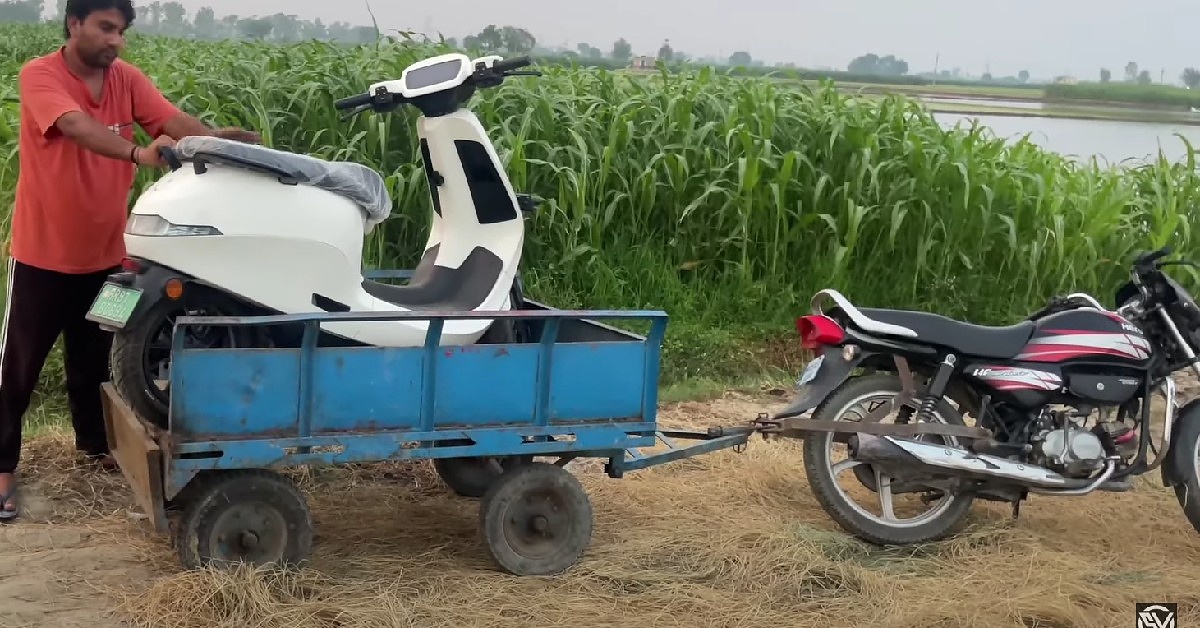 In the video, the Ola S1 buyer expressed his dismay at Ola CEO Bhavish Aggarwal after the electric scooter broke down on a 50-kilometre trip to a nearby farm. According to the S1 owner, the scooter refused to start after he returned from work. He can be seen in the video trying to start the electric scooter but to no avail. He mentions the scooter was running on a 55% charge.

The Ola S1 Pro was then towed on a carriage attached to a Hero HF Deluxe. The owner mentions that the scooter was on Normal Mode the entire time. The Ola S1 Pro appears to be new, with the plastic seat covering still intact. The owner also mentions that the battery of the electric scooter had been completely discharged on a previous occasion when he took the S1 out on a 50-kilometre ride. Ola claims the S1 to have a driving range of 181 km (ARAI) and a true range of 170 km. Ola Electric hasn’t released a statement acknowledging the incident so far.

Unfortunately, this isn’t an isolated event for Ola scooters. What was once thought to revolutionize the EV market in India, has been mired in user complaints and general disapproval. Earlier this year, there were reports of an Ola Electric scooter getting caught in flames. On top of that, users have faced constant issues with the battery, software, and general build quality. While Ola may see itself as the pioneer of electric scooters in India, it remains to be seen whether it can back it up with superior product quality and effective customer service.

Utkarsh Joshihttps://www.motorbridge.com/
Previous article
Discount on Renault cars in India: Up to Rs 94,000 discount on Triber, Kwid, and Kiger in July
Next article
2022 EV Policy: Hybrid and Imported EVs to cost less in Haryana