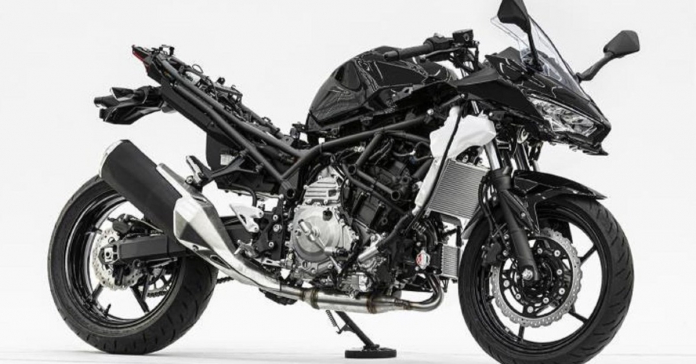 The already popular Ninja 400 was showcased in a hybrid avatar.

Just like other automobile companies, even Kawasaki is stepping up its game to start electrification in its bikes. The company showcased its Ninja 400 hybrid concept in Japan. The company also announced plans to launch 10 more either fully electric or hybrid versions of two-wheelers by 2025. And apart from that the Japanese manufacturer also announced to go fully electric in some markets around the world by 2035.

During a presentation, Kawasaki exhibits its first prototype in Tokyo, Japan. The motorbike looks similar to Ninja 400 with body parts removed to showcase the hybrid powertrain the bike is using. The bike still housed the parallel-twin engine with the addition of a 48V battery attached to an electric motor under the seat.

The concept bike is able to switch to a completely electric mode when riding in the city. This will be accomplished by a GPS system that will be able to switch automatically resulting in good fuel mileage and lesser pollution. The transmission duties will be done by an automatic system with button-operated shifts. 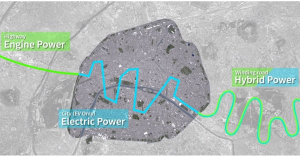 To recharge the bike, Kawasaki also added a regenerative braking system to the hybrid prototype for charging up the battery whenever the bike slows down. Last year a teaser for an electric motorcycle was released by the Japanese bike manufacturing company. Also, the same prototype was showcased for Ninja 300 as well in 2019.

There is a huge market for electric automobiles in the world, but talking about a hybrid motorcycle is a risk which the bike manufacturer is taking as the hybrid technology has not found huge success in the two-wheeler segment. Adding a hybrid motor to already heavy bikes will increase the weight, decrease fuel economy and performance.

Few of the fully electric versions are to be announced soon. It will be exciting to see how the company manages this hybrid powertrain on bikes. Kawasaki might be a little optimistic about this but the good outcomes are still achievable.