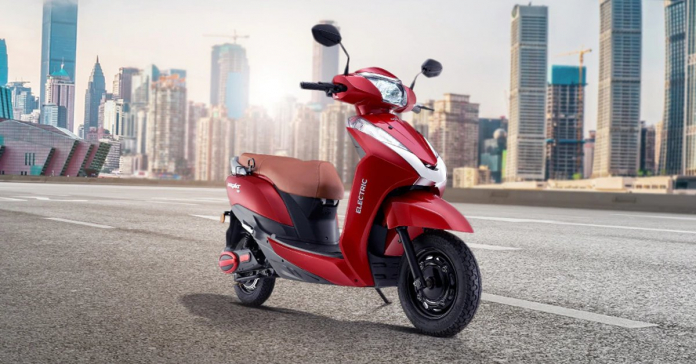 Ampere launches its new electric scooter which claims to give 121km of range.

Ampere launched a new scooter in the Magnus EX lineup just after the start of the festive season. Taking advantage of the already hyped electric market and seeing the demand for EVs as well, the company came up with a new scooter named Magnus EX. Electrification of automobiles is already at its boom with companies seeing an almost 30 percent increase in demand.

Seeing the escalating fuel prices many consumers in India are opting for an electric solution. The government is supporting this too by providing subsidies when buying a new EV. The Magnus EX is the next version of the already existing Magnus. The starting price of the scooter is kept at Rs 69,000 ex-showroom. The price can go further below if the consumer goes for government subsidies making it an attractive buy to Indian consumers.

The scooter is available in 3 colour options Metallic Red, Graphite Black and Galactic Grey. As per ARAI certification, the claimed range of the scooter is 121km. With after-sales support, the Magnus EX comes with 3 years of warranty by the company. 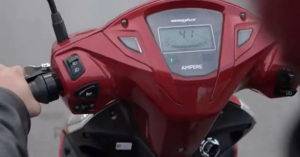 The dimensions of the scooter stand at 1,920mm in length, 685mm in width and 1,120mm in height. Adding to this it gets a wheelbase of 1,390mm and ground clearance of 147mm. The maximum load capacity of the vehicle is 150 kgs. The scooter comes with a detachable 60V (38.25Ah) Lithium battery which can be charged via a standard 5 amp wall charging point that powers the 1200 watt motor.

Magnus EX allows you to choose from 2 riding modes of Eco Mode and Power Mode. While the 121 range mark is achieved in eco mode users can switch to power mode to get more speed and better performance. The top speed that can be achieved by the scooter is 53km/h which is the best in class of this segment.

Some advanced features include keyless entry, a vehicle finder, and an anti-theft alarm system. The company also provides a wide seat for better rider comforts and legroom space of 450mm. The newly updated model sports LED headlamps with chrome accents and boot light.