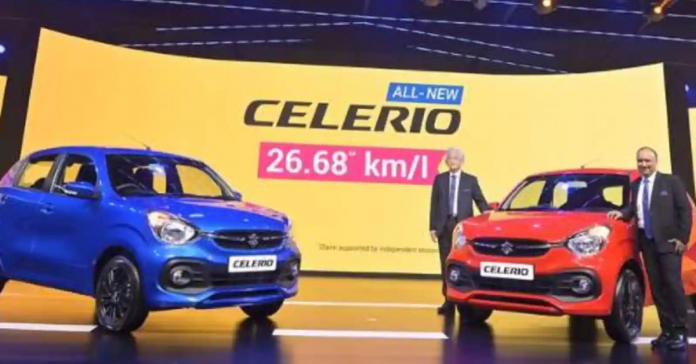 The company finally launched its hatchback with a price tag starting at Rs 4.99 lakhs.

After so many teasers, leaks and announcements, next-gen Maruti Suzuki Celerio had its official launch. The starting price of the hatchback is kept at Rs 4.99 lakhs ex-showroom, India. There are total 4 trims available by the company

All prices mentioned above are ex-showroom, India. The car will be available in both manual and AMT automatic variants. But for the LXi variant, there will be only manual as an option which obviously makes sense.

The second-gen Celerio is not only bulky by looks but also a little longer and wider on paper. The car measures 3,695 mm in length, 1,655 mm in width, 1,555 mm in height and has a wheelbase of 2,435 mm. The new car is based on the fifth-gen Heartect platform by which the consumers get more space. Not only for passengers the boot space has also been increased by 40 per cent and now has 313 litres. 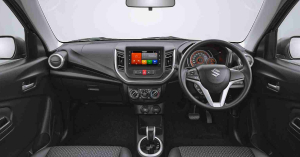 Apart from the new looks the car also gets a redesigned interior which holds the 7.0-inch SmartPlay Studio floating touchscreen infotainment system. The infotainment system also features the support of Apple Carplay and Android Auto. For the higher trims you get some exclusive features like push start/stop button, keyless entry, steering mounted controls and height-adjustable driver seats. The AC vents have also been redesigned and look modern in styling. For safety Suzuki equipped the car with dual airbags and ABS as standard while the AMT variants get hill-hold assist.

The company has claimed the engine to be the most fuel-efficient in the segment. The car is equipped with dual VVt, cooled EGR and start-stop tech to claim a maximum of it. Powering the next-gen Clererio is a K10C 1.0-litre, three-cylinder engine that produces 66 hp of max power and 89 Nm of peak torque. The fuel efficiency claimed by ARAI for each model are: