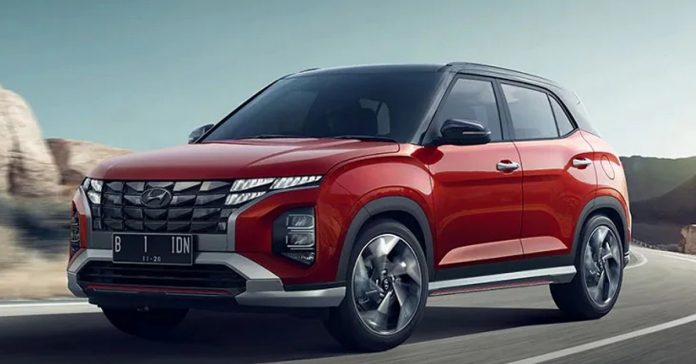 The new 2022 Hyundai Creta facelift was introduced in the international market and the release in India can be expected next year.

After lots of teases and renders, the company has finally taken off the covers of its new SUV. 2022 Hyundai Creta facelift was launched in the ongoing 2021 Gaikindo Indonesia International Auto Show (GIIAS). The official image recently went viral on social media showing us the details related to design and interior specification.

As earlier even the new 2022 Creta facelift will be first launched in the market of Indonesia which is expected to be at the end of this year. The market of China and South Korea will then follow next which will be around a few months, next year. Talking about the Indian market, the car is expected to come to Indian showrooms around mid-2022. Now let’s see what has been updated.

The SUV by Hyundai sees some major transformation in terms of design and looks. The C-segment SUV follows Hyundai’s new Sensuous Sportiness design philosophy. Many of the design aspects are taken from its elder sibling Tucson. Talking about the front, the biggest highlight of the car gets a newly redesigned grille with jewel themed and integrated LED DRLs which looks like a part of the design.

The vertically oriented dual-beam headlamps sit over the newly designed front bumper and silver skid plate. Now, much has changed in the side profile but we can see newly designed dual-tone alloy wheels. The silver accent from the front extends till side skirts and rear bumper. The rear looks quite similar to the previous gen as well, only the middle LED strip has been removed in the facelift. We can spot a new spoiler and now the stop lamp strip is placed below it. 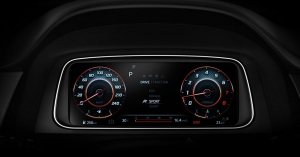 The previous-gen car was already feature packed with some best in class equipment to offer. Hyundai saw the growing competition in the Mini SUV segment and added ADAS (Advanced Driver Assist System) to enhance the safety of the car and take it to another level. Now the digital instrument cluster is a 10.25-inch panel with  BlueLink connected car technology.

Adding to this is an 8-inch touchscreen infotainment system with Apple CarPlay and Android Auto. Other features include an air purifier, ventilated front seats, automatic climate control, a Bose stereo system, a panoramic sunroof and more.