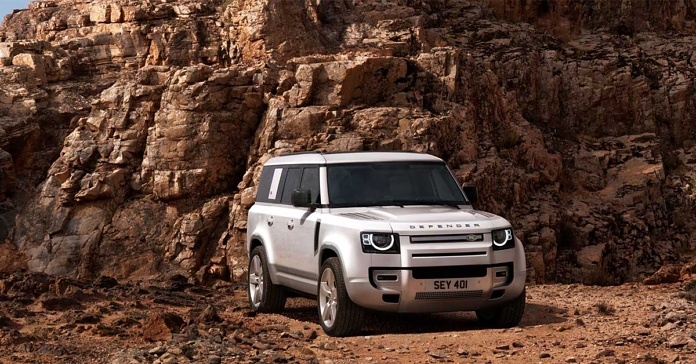 Land Rover has revealed its all-new Defender 130 three-row SUV today. The latest addition to the brand’s rugged all-terrain vehicles portfolio, the Land Rover Defender 130 SUV has been introduced alongside the Defender 90 and Defender 110. The car is built to withstand all-terrain family expeditions and adventuring. It has an 8-passenger seating capacity. It comes with a host of exterior and interior design enhancements and technical equipment that distinguish itself from its other siblings. 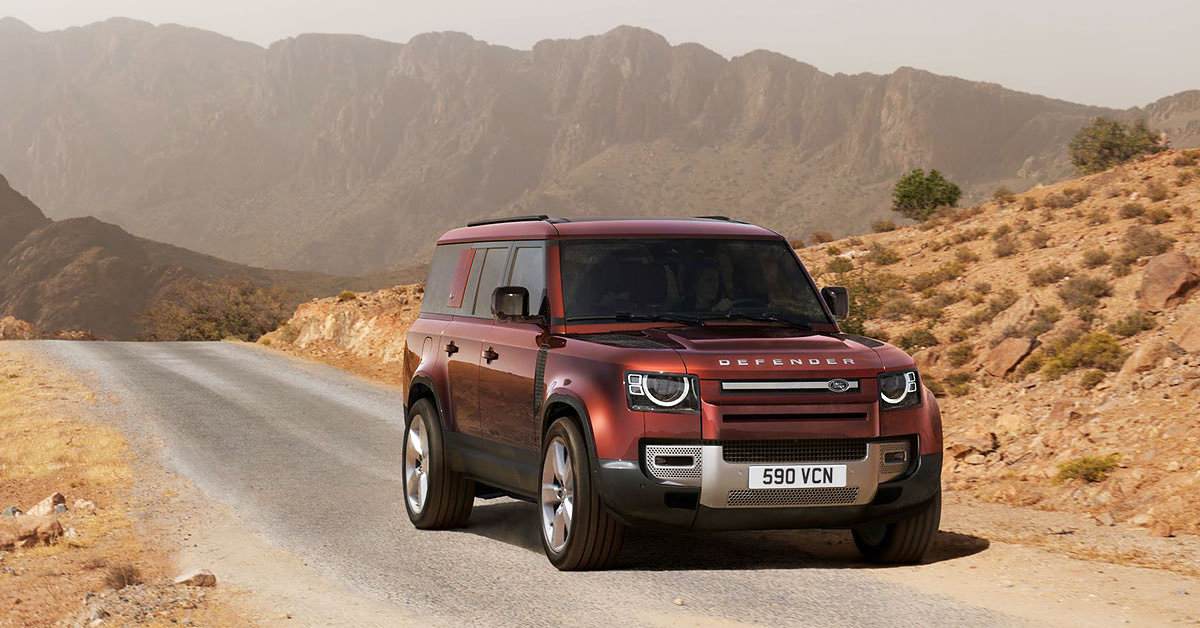 The Defender 130 comes with a new exclusive Sedona Red colour option. The silhouette has been extended by 340mm at the rear to increase the interior space. The exterior is complemented with an Extended Bright Pack, available in addition to the existing Bright Pack. It offers a distinctive design with Ceres Silver Satin finish around all its lower body cladding along with front and rear skid plates in Noble Chrome. A panoramic sunroof is fitted as standard across all Defender 130 models, with a second sunroof featuring above the third row.

Other features visible on its exteriors include Narvik Black roof rails, Ceres Silver detailing on the bonnet louvres and side fenders, and a subtle boat tail-style uplift given to its rear. The SUV comes riding on 20-inch alloy wheels with a Bright Silver finish. 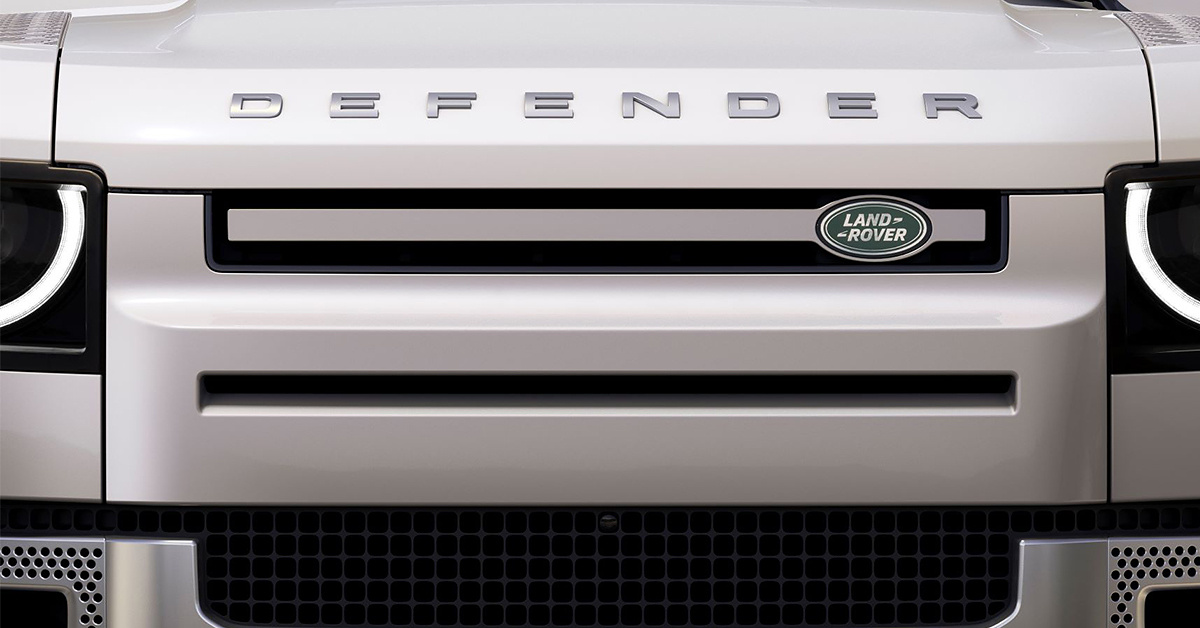 Speaking of the Land Rover Defender 130 interiors, the company has tried to maximize the usable cabin space for the car occupants. This has been done by shrink wrapping interior packaging components, which eliminates the need for a larger on-road footprint, according to the brand. A slight stadium rise has been added to the second and third-row seats for providing better visibility to the passengers. The natural light oak wood veneer finish complements the vehicle’s light oyster perforated Windsor leathered upholstery.

For enhancing the interior air quality, the Cabin Air Purification Plus system makes its debut into the Defender lineup through the latest model 130. Additionally, a new and larger, 11.4-inch Pivi Pro touchscreen infotainment system features within the SUV. 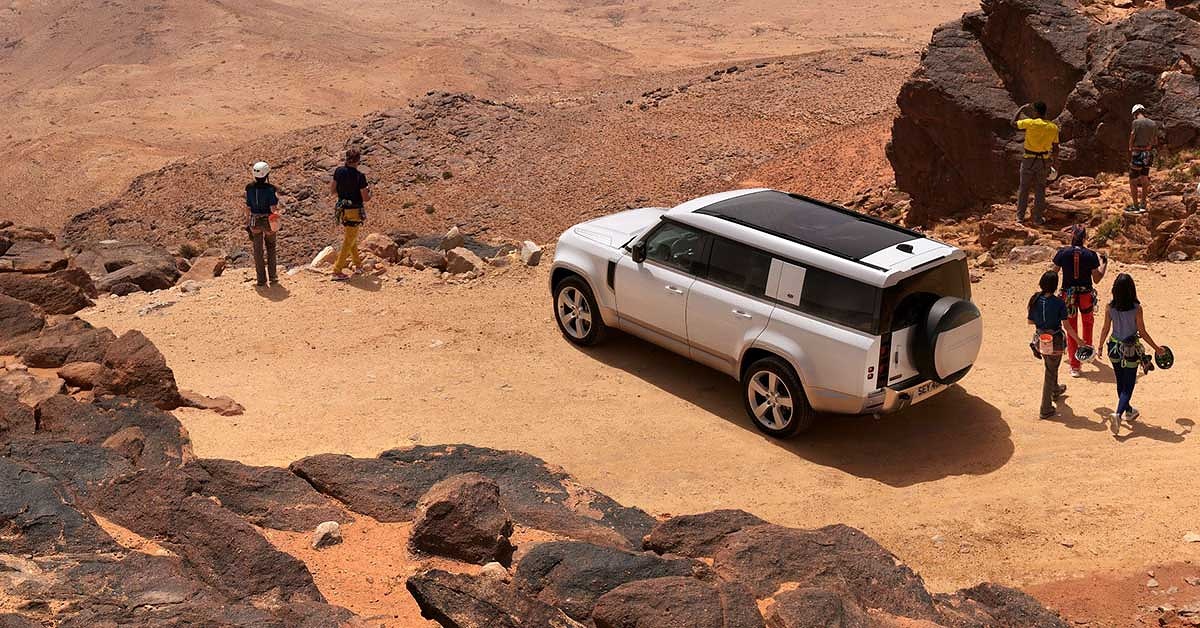 Although there hasn’t been any confirmation from the company, the new Land Rover Defender 130 is expected to come to the Indian shores as well. The brand has already launched its Range Rover and Range Rover Sport within the Indian markets. Their deliveries are expected to commence later this year.