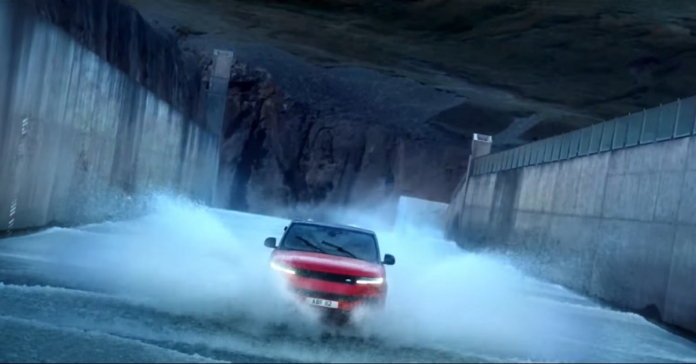 The all-new Range Rover Sport makes an utterly wild and a never-seen-before entry, clearly defining its sportiness and off-roading capabilities.

The new Range Rover Sport has made its global debut in the most dramatic fashion ever. The luxury performance SUV made a world-first climb up a flooded dam spillway in Iceland, thus redefining SUV sporting. The driving wheel was taken by non-other than Jessica Hawkins, the stunt driver of James Bond.

The epic stunt saw the new Range Rover Sport completing the challenging ascent of a 193m dam spillway. The SUV made its way through by successfully resisting the surging torrent of water flowing down the ramp of the Karahnjukar Dam at a rate of 750 tonnes per minute. Karahnjukar Dam is considered the biggest of its kind in the world. A loss of traction meant the car would come plunging down the perilous 90-metre drop at the base of the spillway to the valley floor below.

Jessica Hawkins, Stunt Driver, said, “The power of the water surging down the spillway was breath-taking from the side of the valley. Driving into it knowing that a 90-metre drop was waiting behind me at the bottom of the slope, if things went wrong, made this the most challenging drive I’ve ever undertaken. Despite the steep slope and rushing water, New Range Rover Sport made it look easy. Its traction, composure and commanding visibility inspired so much confidence I was able to enjoy the whole experience.” 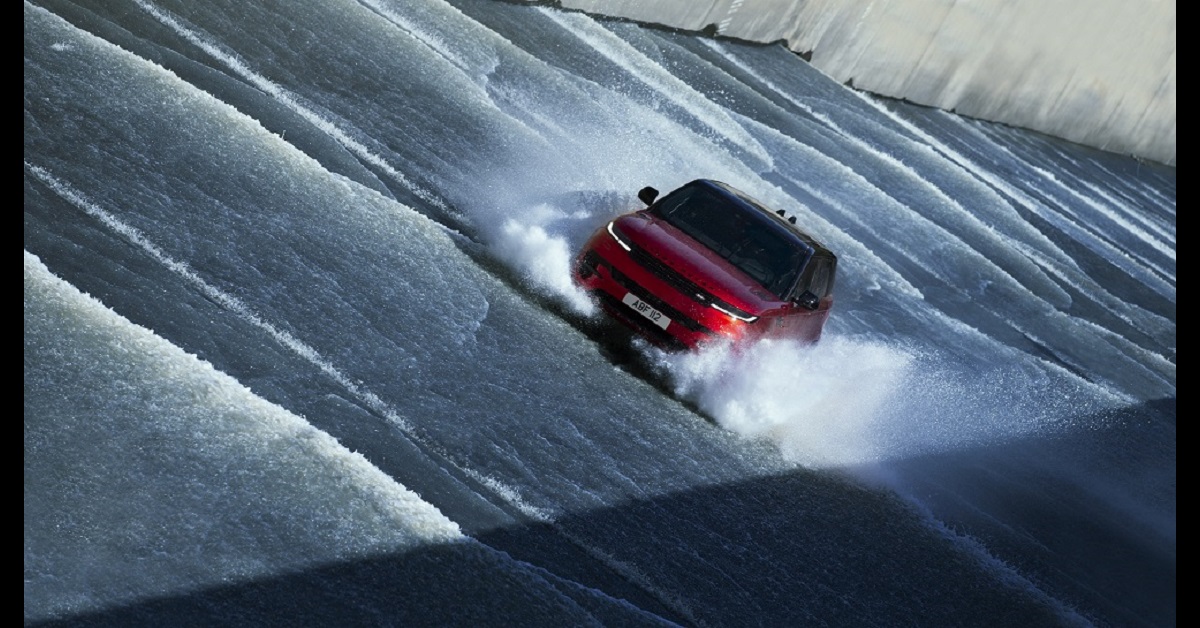 The spillway climb was the final obstacle on the drive from the valley floor to the summit of the dam. It involved covering a flooded riverbed, long steep tunnels and the 40-degree rocky dam wall itself. The 294 metre stretch of the spillway had water furiously cascading down its 90-metre drop, to provide the ultimate test of traction and driver confidence.

The all-new Range Rover Sport is based on Land Rover’s advanced, flexible Modular Longitudinal Architecture (MLA-Flex). From its exterior, one would instantly recognise the new Range Rover Sport through its muscular and rugged profile. Its reductive body design extends onto its interiors as well. The cabin features a new cockpit-like command driving position, combined with the latest driver assistance technologies and convenience features. 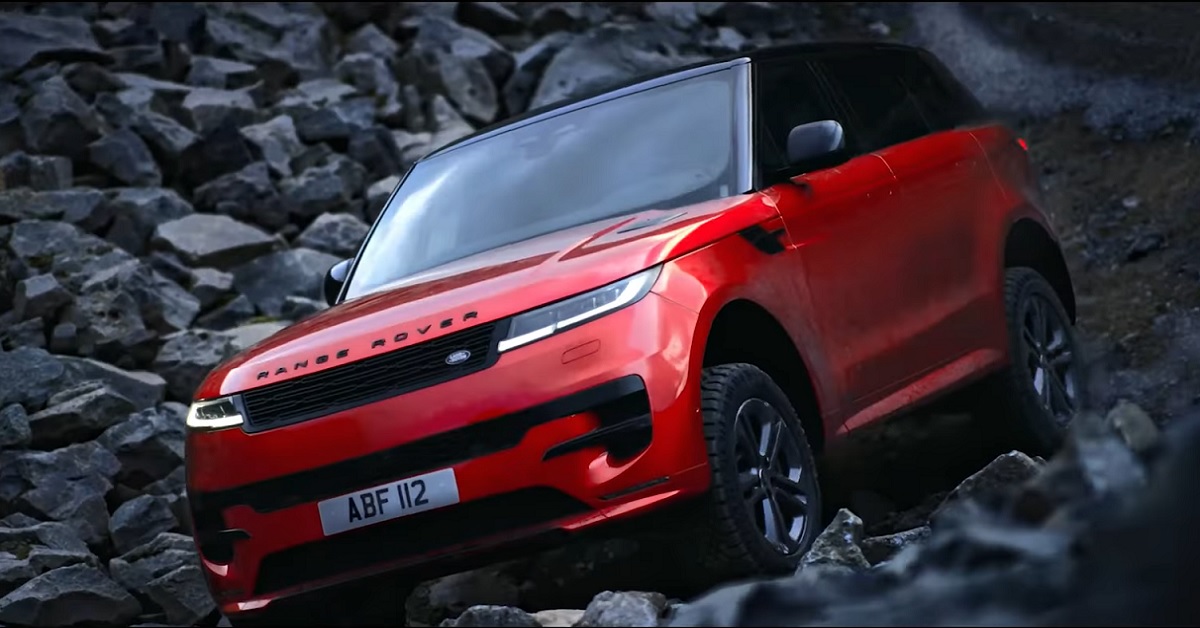 A cool new feature that the all-new SUV comes equipped with is a Dynamic Air Suspension. It introduces switchable-volume air springs, something witnessed for the first time and coming as standard with the Range Rover Sport lineup. The intelligent system enhances the bandwidth of the suspension by varying the pressure within the airbags to deliver comfort with the dynamic handling expected from the Range Rover Sport.

Some other cool tech features that the SUV will come equipped with include an advanced cabin air purification system and a Meridian Signature Sound system with up to 29 speakers, including 4 headrest speakers. This creates a personal sound zone for each of the four main cabin occupants. Adding to this is the next-generation active noise cancellation providing ultimate cabin refinement. 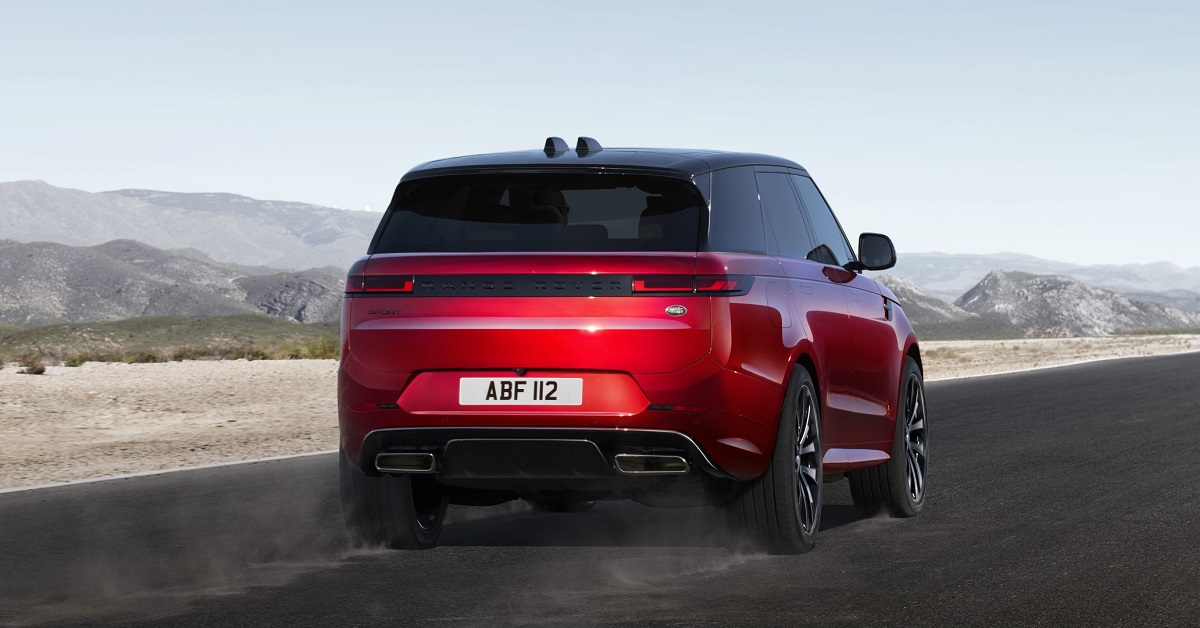 Read also: BEGINNING IN 2025, ALL NEW JAGUAR AND LAND ROVER CARS WILL BE BASED ON THE NVIDIA DRIVE

Land Rover’s powerful Electrical Vehicle Architecture (EVA 2.0) supports an ecosystem of connected technologies, including Software Over The Air (SOTA), which provides remote updates for 63 electronic modules. The Pivi Pro infotainment system features a high resolution floating 33.27 cm (13.1-inch) haptic touchscreen which is positioned at the centre of the modernist dashboard. Also making a debut in the vehicle is adaptive off-road cruise control, helping the driver to navigate tricky terrains. Speaking of its mechanical specifications, the all-new Range Rover Sport is powered by a six-cylinder 48 V mild-hybrid Ingenium diesel engine.